An extreme sports team are planning a weekend of free shows and coaching at Brighton Marina over the bank holiday weekend. 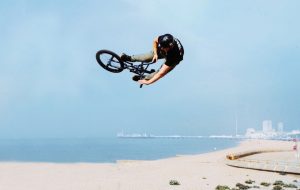 Team Extreme, Britain’s only professional team for BMX, skateboard, inline and scooter displays, are due to perform on a large spine ramp in The Village at the Marina.

Throughout the weekend, the five men and one woman who make up the team, will put on several performances a day.

In between each show, they plan to meet and greet spectators and provide free tuition and coaching for children and adults on the equipment of their choice.

The team’s manager Doug Peel said: “We travel around the UK and our aim is to bring extreme sports to the eyes of the general public.

“The riders love coaching the kids who come to watch them so if any of them want to give it a go, we will kit them out in pads and helmets and we will work at the level of the individual so there is no pressure.

“Rollerbladers are welcome if they have their own skates.”

Team Extreme’s most experienced member, Danny Aldridge, 33, lived in Brighton for three years and is looking forward to the three-day visit.

He said: “I’m really looking forward to coming to Brighton Marina. Brighton to me is the home of the unique, the interesting and the arty and it’s about time Team Extreme got to show the city our way of life and how we express ourselves. My mission is to get the world on skates.”

The European Spine Ramp Champion is reckoned to be one of the best inline skaters in the world.

He has been with Team Extreme since he was 10 years old after his mum took him along to an event.

When he tried out on the ramp, the team saw his potential and took him on – and he’s been riding with them ever since. 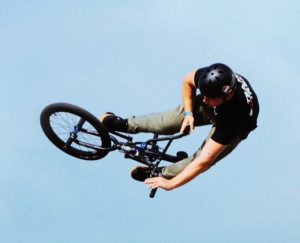 Welcoming the team, which was set up in 1988, Sophie Chandler, marketing manager of Savills Brighton Marina, said: “With more and more urban sports such as skateboarding being recognised as sports in the upcoming summer Olympics next year in Tokyo, we are beyond excited to be hosting some of the UK’s best extreme riders here at Brighton Marina.

“This is also a really unique opportunity for visitors to try out these different sports while being coached by some of the best in the industry.”

The team will put on 15 performances over three days between 10am and 4pm.