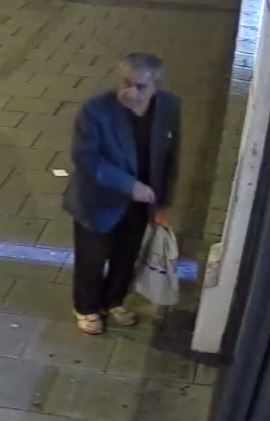 This smartly dressed OAP is wanted for questioning over 80 cases of offensive graffiti which has appeared in Hove in the dead of night.

Officers have been investigating the graffiti which has been seen in various locations on Church Road, Western Road and George Street.

Much of it is written in Arabic and Persian and some has been translated as being extremely offensive to Muslims.

The graffiti has been cleaned off but has returned overnight between 2am and 4am.

There have been around 80 incidents since November 2018. 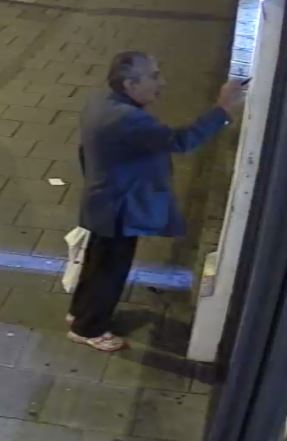 Sergeant Simon Renouf said: “We have been working on identifying who has been causing this graffiti and have now traced CCTV images of someone we would like to speak to.

“The man officers wish to speak to is believed to be in his 60-70s and is well dressed in black trousers and a blue smart jacket and white trainers.”

Anyone who recognises him or has any information is asked to contact police online quoting serial 819 23/6/19.