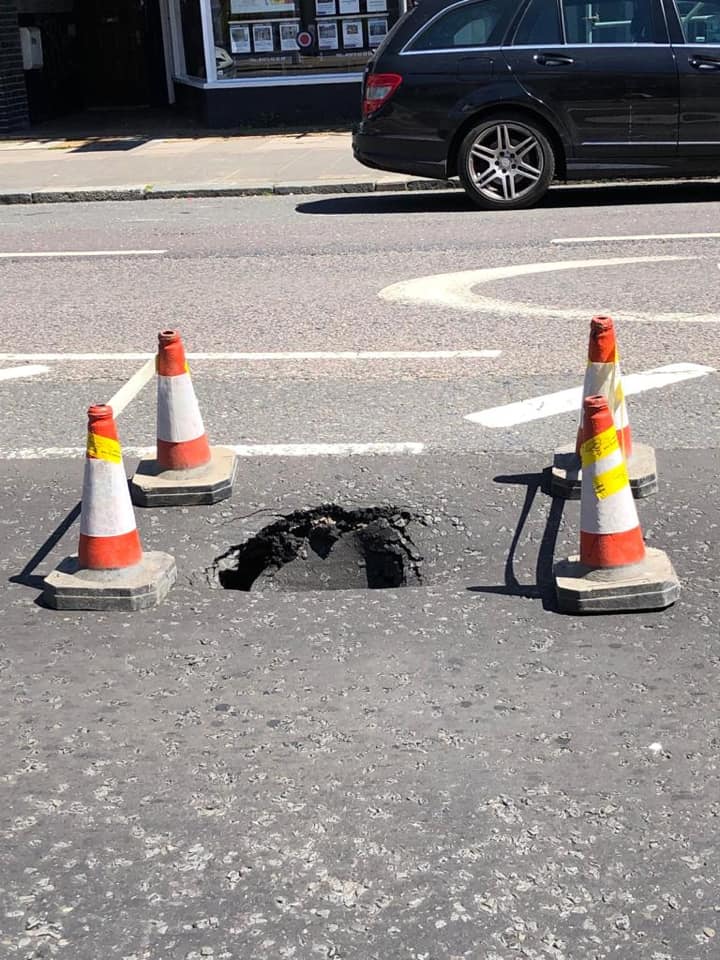 A sinkhole which stopped traffic in Lewes Road last weekend was caused by a leaking water main.

The hole appeared at around 3.30pm on the busy road, just south of the Vogue Gyratory.

It was first coned off by a member of the public before Brighton and Hove City Council officers put barriers around it.

Buses were diverted for a couple of hours before traffic management measures were put in place.

The hole was repaired on Tuesday, and traffic returned to normal yesterday.

A council spokeswoman said: “A hole appeared in the middle of the carriageway along Lewes Road at the weekend.

“The council’s out of hours officers attended and made the site safe with barriers.

“The carriageway was damaged due to a water leak on a main.

“Southern Water undertook  a repair on Tuesday and all traffic management was removed yesterday.”