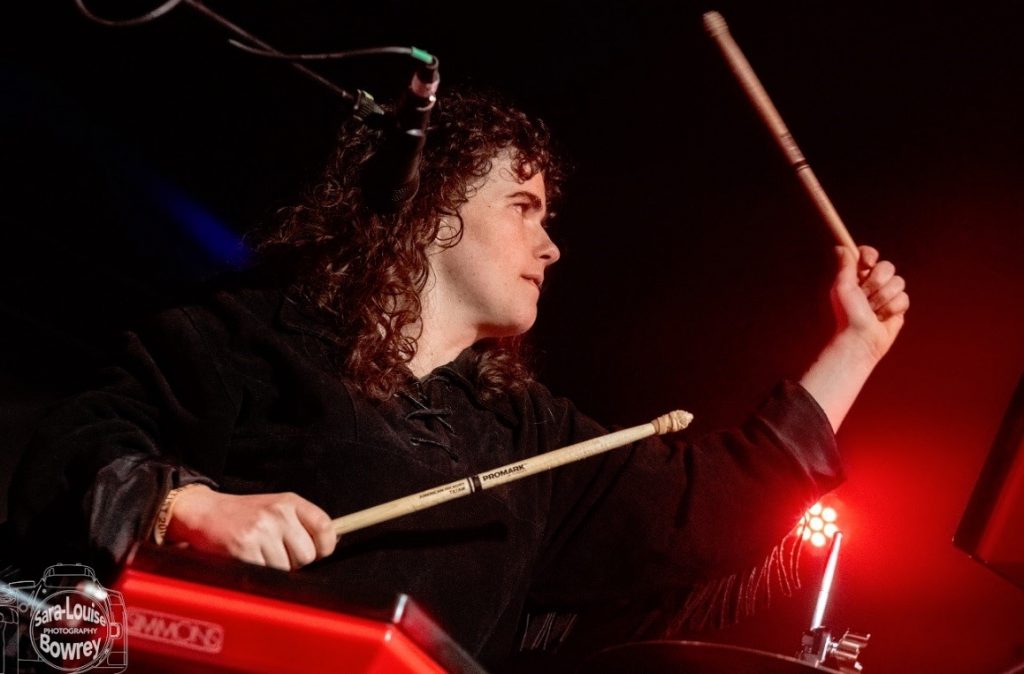 This year, many thousands of festival goers have witnessed an uplifting live synthpop dance set from the wonderfully talented Georgia who has enthralled music lovers right across the land with her electronic one-woman shows.

Chances are that you may have caught her on TV when she performed an outstanding 41 minute set at Glastonbury 2019. Sign into iPlayer HERE to watch it in its entirety or click HERE to enjoy a 4 minute sampler. You can also enjoy Georgia’s brand new video for her new single ‘Never Let You Go’ – watch it HERE. The song will be appearing on Georgia’s next album, which will hit the streets on 10th January 2020 and is called ‘Seeking Thrills’. You can pre-order the eleven track album HERE. 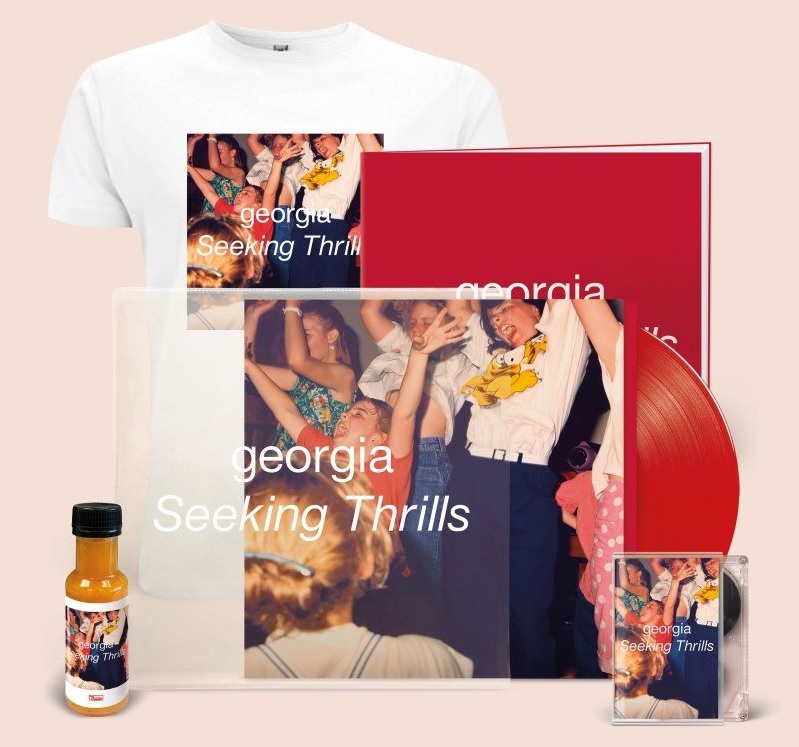 Locally, Georgia appeared in Brighton as part of this year’s Great Escape new music festival and I was personally so blown away by her performance that I rated Georgia as my top act – see our choices HERE. 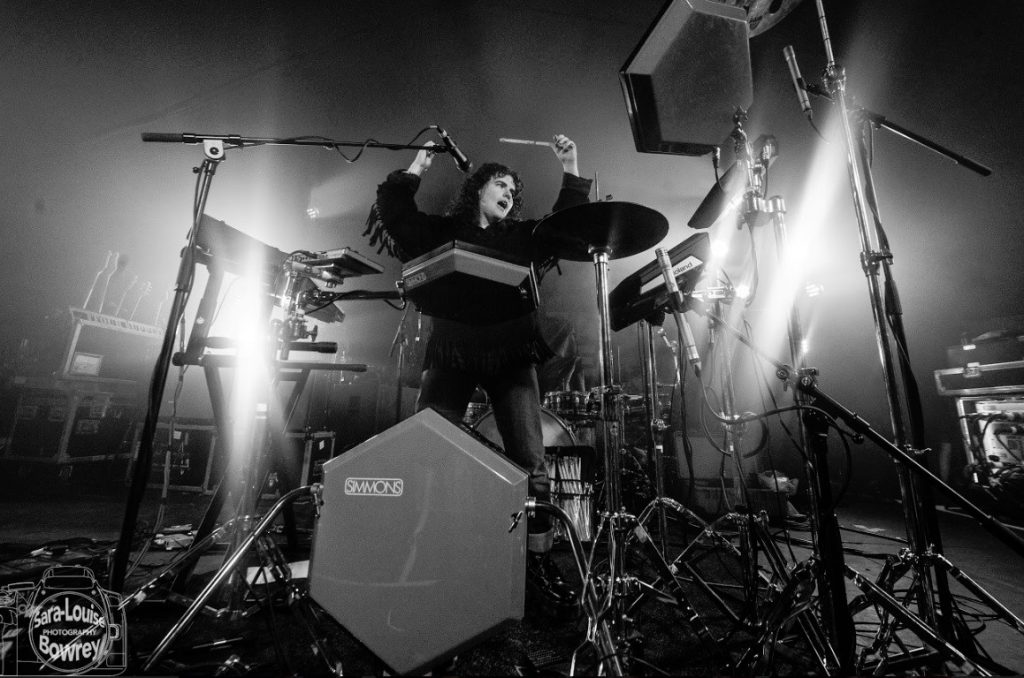 THE surprise package of TGE for me was Londoner Georgia Barnes, who was introduced on the mic to the packed crowd down at The Deep End Beach Site by John Kennedy, who Georgia had met many years ago. She initially started out as a session drummer, then released her debut 12 tune self-titled album in 2015 and now writes, produces and mixes all of her music. She informed us this evening that her follow-up release will be coming out shortly on Domino Music and I for one will absolutely definitely be purchasing it. The reason for this is that she was for me the most enjoyable artist during the whole of the three days – her music gave me goosebumps.

Clearly Georgia understands the business having been in bands before, but as John put it, that she is now stepping out into the limelight and deservedly so. On stage it was just her and her kit of meaty sounding synths and drum pads. The deep bass sound produced at times went right through my body. Her sound is similar to Purity Ring and The Knife but a tad more mainstream. She wins the award for the highest cymbal I’ve ever seen too. Must see live again! In the meantime enjoy THIS.

Georgia has now announced several concerts up and down the country and will return to Brighton on Friday 1st November when she will be performing at Patterns on 10 Marine Parade, BN2 1TL. Details of these forthcoming tour dates from Georgia can be found HERE and the Brighton concert date tickets will be available from your usual outlets as well as from HERE.

In the meantime, enjoy some of her work:
‘About Work The Dancefloor’
‘Started Out’
‘Mellow’ (feat Shygirl)
‘Feel It’

For further information on Georgia, visit her official website: georgiauk.com 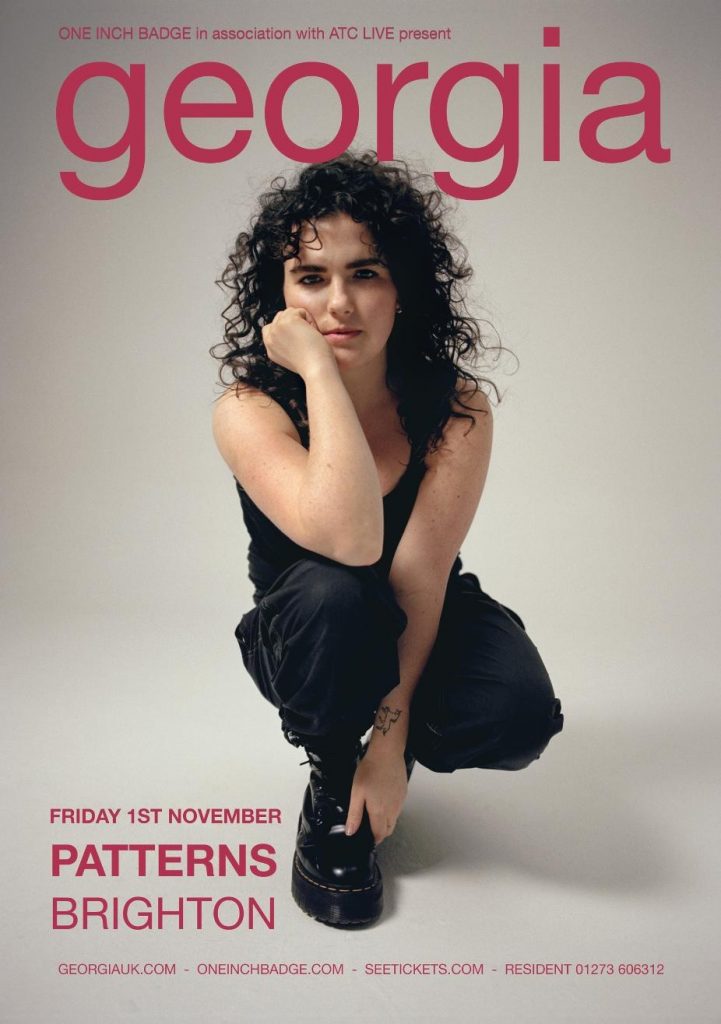