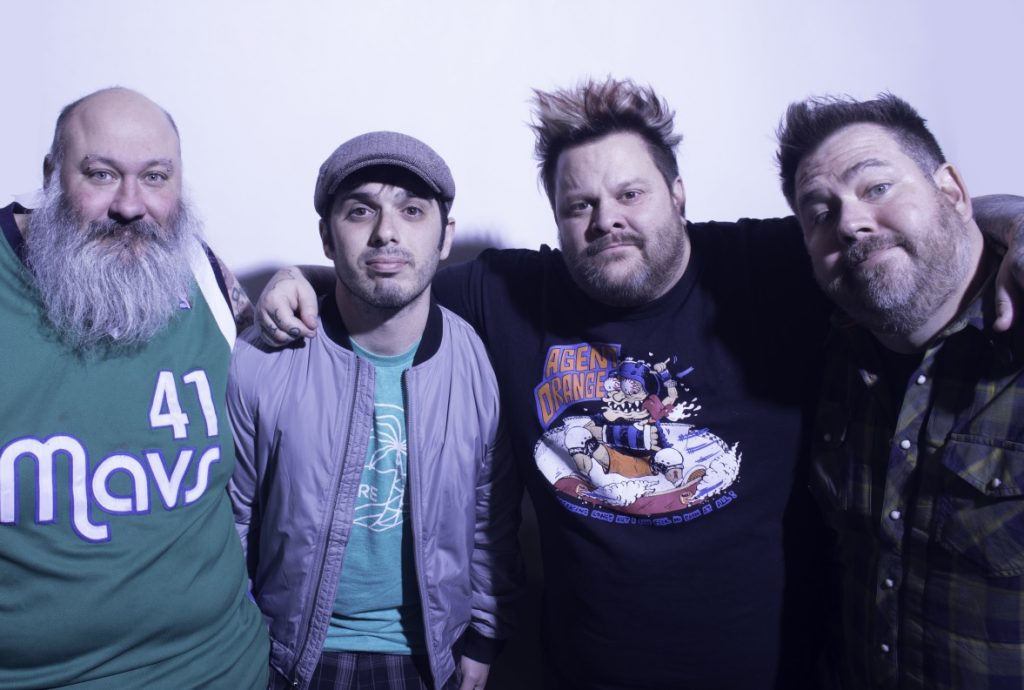 Bowling For Soup are heading to Brighton

Following their highlight of the night performances at Reading and Leeds Festivals and celebrating their 25th anniversary as a band, Bowling For Soup are delighted to announce their return to their home away from home here in the UK. With a very special version of their biggest worldwide hit, ‘Girl All The Bad Guys Want’, becoming a viral sensation seventeen years after the track was first released, Jaret, Gary, Chris and Rob will be returning to the UK in early 2020 for a huge tour. Some very special guests will be along for the ride on one of Bowling For Soup’s biggest UK runs of shows to date. 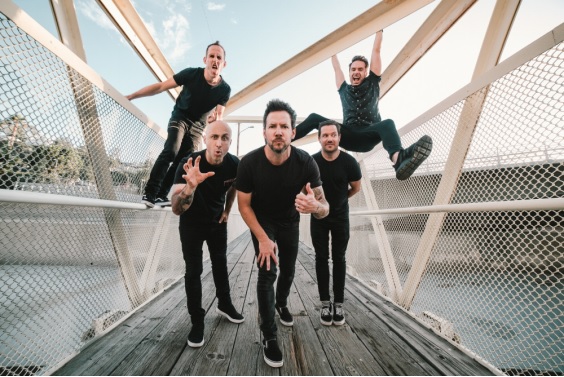 Simple Plan will be in support on the tour

Joining Bowling For Soup as their super special guests will be none other than Canadian pop punk maestros Simple Plan! Old friends from sharing stages together on both sides of the Atlantic, the ‘Together Again, You’re Welcome’ tour is the first time Bowling For Soup and Simple Plan will have toured together in the UK since 2003! More recently they’ve shared the stage together in the US – both as featured acts on the final touring edition of The Vans Warped Tour in 2018, and as part of the Warped Forever weekenders earlier this Summer. 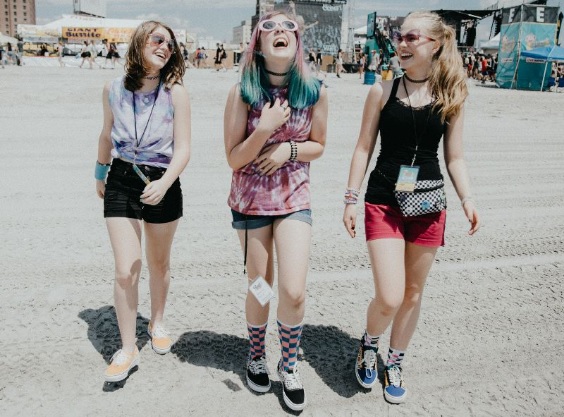 Not Ur Girlfrenz will also be in support on the tour

The 2018 Vans Warped Tour was also where teenage female power pop trio Not Ur Girlfrenz announced themselves to the world, shortly before going on to kick serious ass with the release of their debut EP ‘New Kids In America’. Having been proclaimed by Warped Tour founder Kevin Lyman as “The future of rock”, and having wowed UK audiences on their live debut here at the end of 2018 alongside Bowling For Soup on the Almost Christmas tour, Liv, Gigi and Maren cannot wait to do it once again on even bigger UK stages alongside two of their favourite bands. Not Ur Girlfrenz also know a thing or two about going viral, with drummer Maren Alford’s cover of Slipknot’s ‘Unsainted’ receiving worldwide attention.

The ‘Together Again, You’re Welcome’ tour will play six dates across England and Scotland in February 2020. Kicking off in Glasgow on February 10th, the tour includes Bowling For Soup’s biggest ever headline show in Manchester at The Victoria Warehouse on the 12th. There will also be a huge London Valentine’s Day love in at Brixton Academy, the location for the 2018 recording of BFS’s live album and DVD – ‘Older, Fatter, Still The Greatest Ever’ and they close the tour here in Brighton.

Bowling For Soup’s main man Jaret Reddick cannot wait to get back to the UK with their old friends in Simple Plan:
“In 2003, we toured with Simple Plan for the better part of a year. We brought them to the US and then to the UK for our first really big headline tour. Both of us went on to do so much, running into one another on Warped tour and various festivals around the world. When the opportunity came to bring our original “little bros” back to the UK, we jumped at the chance! I am so stoked for these shows. Between the two of us, that’s a LOT of hits!! Plus, watching Not UR Girlfrenz do their thing is never not fun!!! Can. Not. Wait!!!”

Simple Plan are also extremely excited about the announcement of ‘Together Again, You’re Welcome’:
“We are absolutely thrilled to once again tour the UK with our great friends and pop-punk heavyweights, Bowling For Soup! It’s crazy to think that the last time we played here together was 16 years ago. The fact that both of our bands are still here and playing bigger venues than ever before is absolutely incredible and we couldn’t be more grateful to all the fans in the UK who have supported us for all these years and made this tour possible. We can’t wait to play for you! See you at the shows!”

The next several months will see Bowling For Soup continue to release more tracks in their series of 25th anniversary cover songs, and there may well be some new original BFS songs mixed in for good measure. Not Ur Girlfrenz also have new music to share in the shape of their brand new single ‘Song About You’, for which you can check out the video HERE. 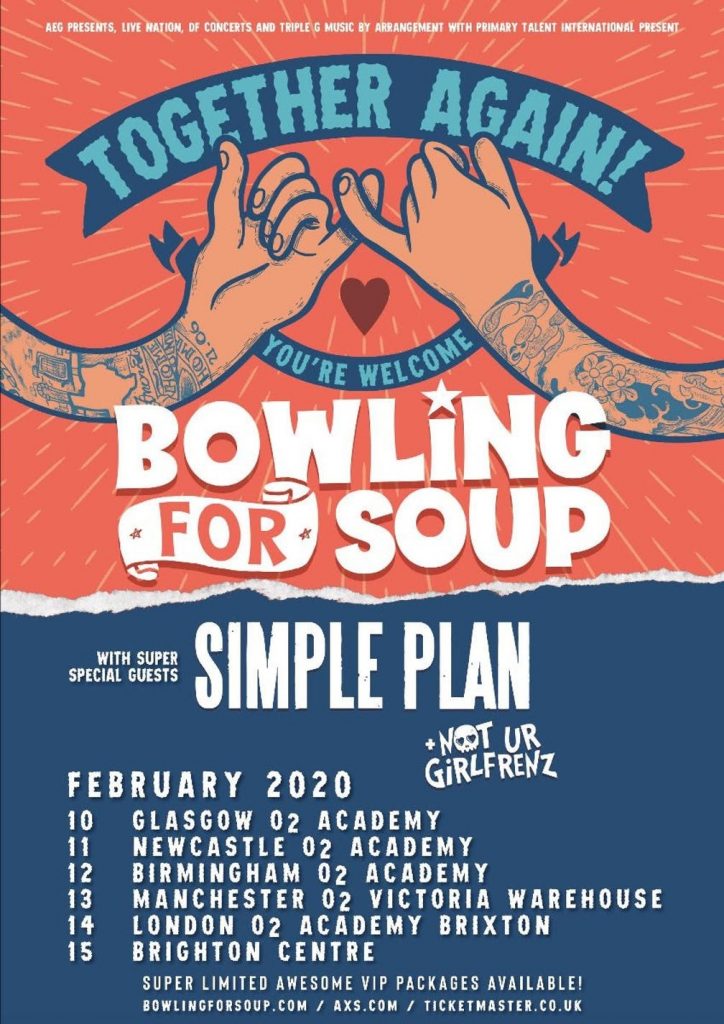