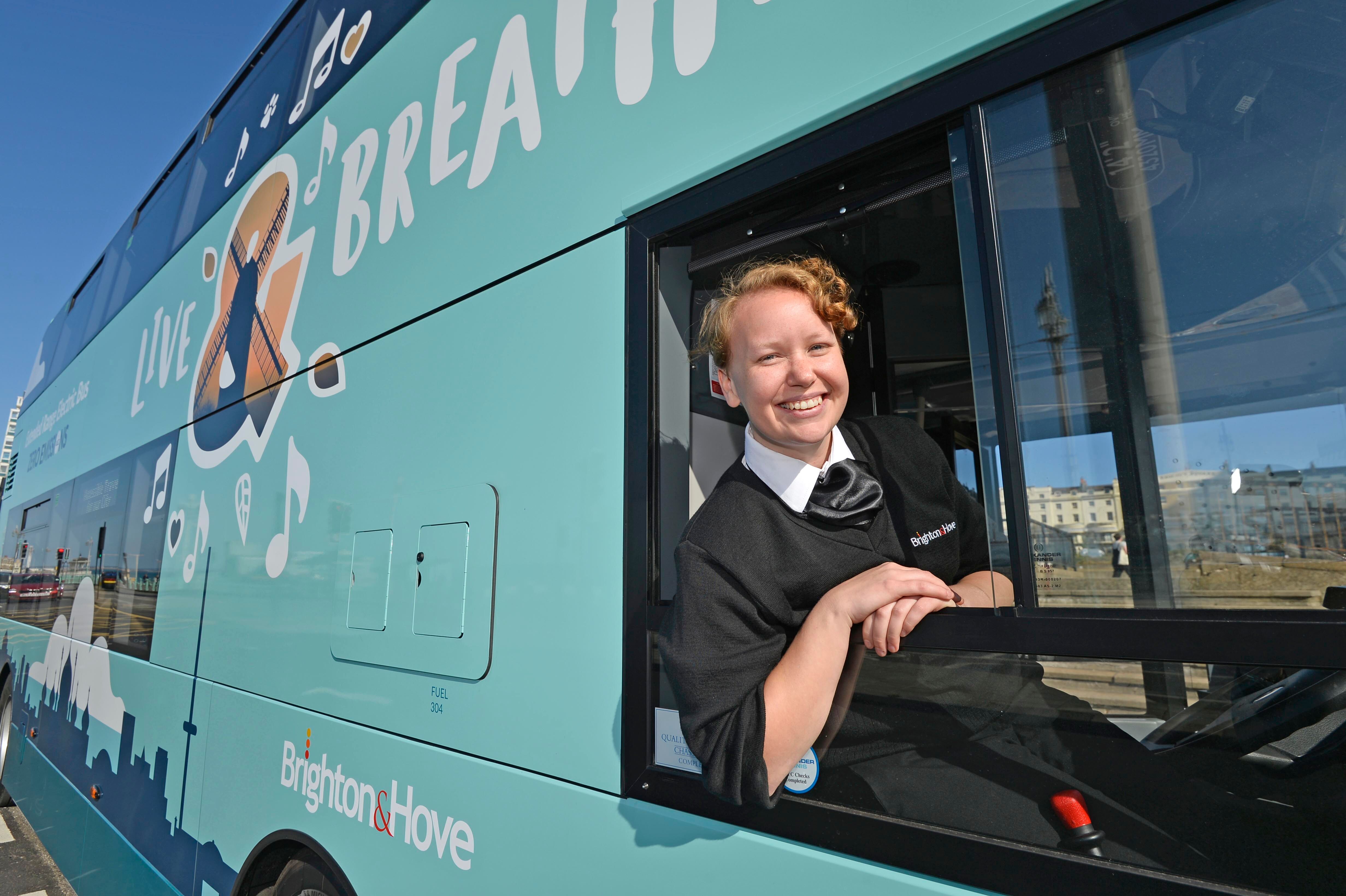 A fleet of new smart buses which switch to low emissions whenever they’re in the city centre are hitting the streets of Brighton and Hove in a UK first.

Brighton and Hove Buses has invested £9.9 million in 30 new double decker extended range hybrid electric buses, which will be set to run in zero-emissions mode every time they enter the city’s Ultra Low Emissions Zone (ULEZ).

It’s a practice called geofencing and it’s the first time it’s been combined with zero-emissions technology in the UK.

Not only does this latest technology improve air quality in the city centre but buses also use fuel very efficiently, reducing the emissions that contribute to climate change and improving air quality in other parts of the city.

The new buses will be launched in October on busy route 5, which is used by 7.6 million people a year and equates to 133,104 emissions-free miles driven in the ULEZ each year. Up to 24 route 5 buses an hour run through the zone.

The Enviro400ERs stand out from the rest of the fleet, mirroring the colours of Brighton: the midnight-blue silhouetted skyline, the dark teal of the sea and the iconic pale green of the city’s seaside arches.

Brighton and Hove Buses’ Managing Director Martin Harris said: “We wanted these buses to reflect the city and the communities they serve. It’s a tribute to Brighton life and to the people who live here.

“Our aim is to help improve air quality for everybody by continually cutting emissions and reducing our energy and fuel use.

“These new buses are an important part of our commitment to making Brighton & Hove a clean air city with zero emissions by 2030.”

The buses mark the start of the bus company’s wider community environmental campaign, Live & Breathe, which appears on the side of each bus.

The campaign will include a stakeholders’ tour on the new buses in mid-October, a school competition with a climate change theme and other local events.

Go-Ahead Chief Executive David Brown said: “Go-Ahead is proud to be leading the way on clean transport and this innovation moves us closer to our goal of operating a zero-emissions fleet nationwide by 2035.

“A double decker bus can take as many as 75 cars off the roads in our cities and towns, so when it comes to improving the air quality and congestion in our cities buses are a vital part of the solution, especially with vehicles that can be set to run in zero-emissions mode in sensitive areas like these.”

The Enviro400ER buses, which are fully electric drive, run on batteries, topped up via regenerative braking and a small Euro 6 generator, if needed, when the bus is outside the zone.

They’re the most practical way of achieving no emissions through the centre of Brighton because they don’t need to recharge in the middle of the day.

This keeps buses in service and eliminates the need for the city to invest in expensive and intrusive roadside charging stations.

The Enviro400ERs don’t have mirrors but instead have two high-definition cameras on the front, relaying pictures to monitors inside the driver’s cab.

It’s safer because bus drivers get a clearer, wider view of the road, with a better depth of field and fewer blind spots.