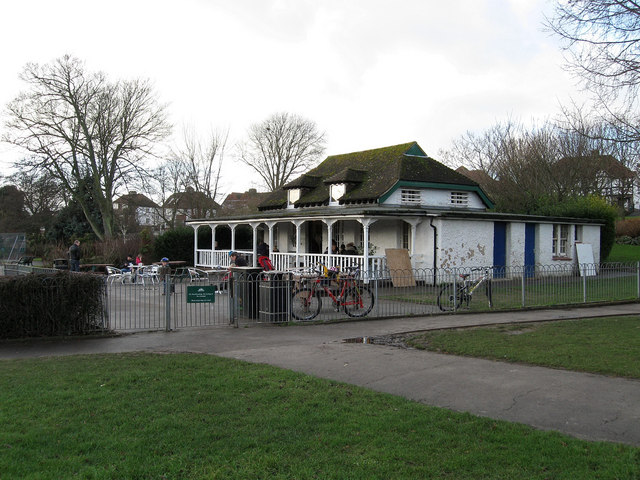 Calls have been made for more controls on how comments are made on planning applications following concern about “malpractice” over controversial plans.

Gareth Hall, a daily visitor to Hove Park, took the case of the planning application to redevelop the park café to the Local Government Ombudsman, who raised questions over how a consultation on the plans was carried out.

Now he wants Brighton and Hove City Council to make sure a situation like this does happen again.

He is putting his case for a policy on comments at the Tourism, Equalities, Communities and Culture meeting on Thursday 24 September, as it has responsibility for planning policy and parks.

The question he is putting before the committee said: “The ombudsman has ruled that whilst no planning rules were broken concerning this application it was proven that the applicant’s representatives collected objections and support at a public meeting for the application but did not upload any objections from the public despite committing in writing to doing so.

“The residents of Brighton and Hove deserve better than this. The council need to put measures in place to ensure that this malpractice is never allowed to happen again.

“What is the council going to do to ensure that the shoddy actions of the applicants’ representatives are not repeated in future?”

Mr Hall said people living in the Hove Park area were not aware of plans to demolish the café and build a Japanese style pavilion.

The application was submitted in June 2017 and city council planners approved it using delegated authority as just one objection was registered on the planning website. More objections would have triggered the plans going before councillors at committee.

Mr Hall is concerned the applicant gathered comments and uploaded them to the council’s website, rather than letting individuals add their opinions themselves.

Mr Hall said: “The architects set up a board in the café one Saturday morning.

“They got people to provide their email addresses and on the bottom of the form it said that they would upload all comments to the planning portal.

“They uploaded the supportive comments but no negative ones.

“I’m sure five negative comments would have meant that the application would need to go to the planning committee for approval. As there were no objections then it went through as a tick box exercise.

“As far as I’m concerned the whole thing smells badly and I am upset about it and want to see some changes made to processes to stop this happening.”

The Local Government Ombudsman said canvassing support is not unethical but the comments should be uploaded to the council’s website by the individuals.

However, there are no rules against applicants uploading other people’s comments, which the ombudsman described as “unusual”.

All but six of the 84 public comments were uploaded on the same day.

When taking his case to the ombudsman Mr Hall said notices about the application were posted at the back of the café building and on the other side of the park where people would not see them.

Mr Hall said: “I remain very upset that the plan includes felling four trees and placing a mature sycamore in danger due to root damage.

“I think in this day and age to fell healthy trees especially in a public owned park for private profit is wrong.

“I use the park nearly every day and knew nothing of the application.

“I canvassed people in the park and asked them if they knew about it not one did.”

Mr Hall will put his question to the TECC Committee during the public involvement section at the start of the meeting.

The committee meets in public at Hove Town Hall from 4pm on Thursday 26 September.