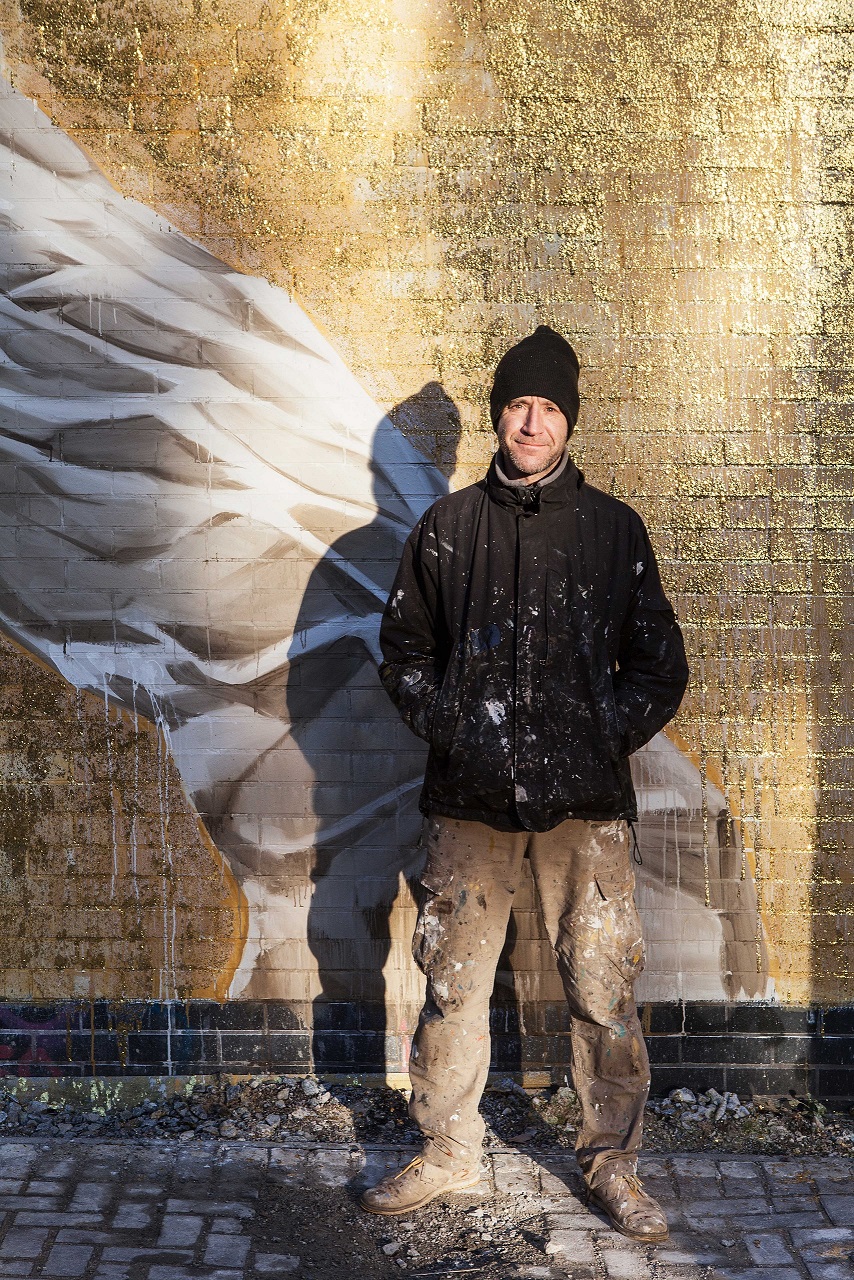 A Brighton artist has been selected to paint a huge mural on an exterior wall at Edward Street Quarter, the mixed-use development coming to the former Amex site.

Thirty seven artists put themselves forward for the job, but Cosmo was set apart by his experience creating large-scale urban artworks and his distinctive style – dubbed classic with a twist.

Cosmo, who lives in Hanover, is perhaps best known locally for his hand painted Angel of Brighton mural. The three-story fresco, which depicted a winged woman rising from the ashes against a glittering gold background, became a bit of a local landmark in the North Laine last year.

Cosmo hopes to recreate the Angel’s success with this next installation, commenting: “I’m over the moon to have got the job, especially because I live just a stone’s throw from the site. I love Kemptown’s eclectic vibe and am really looking forward to creating an iconic landmark inspired by the neighbourhood’s fishing heritage.”

Steve Eccles, Project Director at First Base, said: “Cosmo took an unexpected approach to the brief and presented a contemporary, delightfully Brighton design which will brilliantly welcome visitors to Edward Street Quarter.”

Cosmo was internationally celebrated in 2013 for his giant mural of Breakdancing Jesus which he painted opposite Banksy’s Mild, Mild West in Bristol.

As a freelance scenic artist, Cosmo’s artwork can also be spotted in blockbuster films including Dumbo, The Favourite, The Avengers – Age of Ultron, Guardians of the Galaxy, Tomb Raider, and the new James Bond film currently in production.