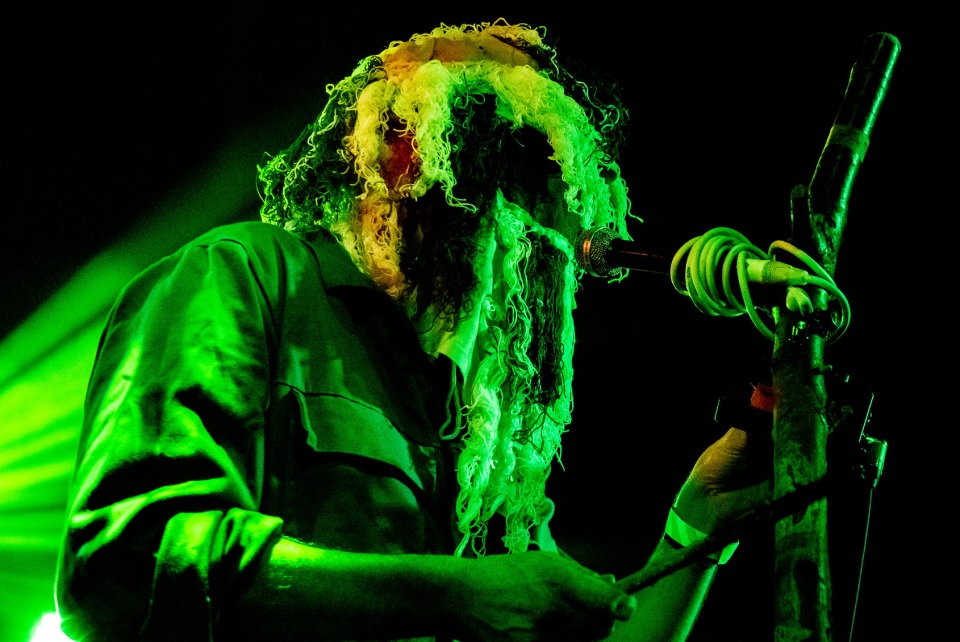 OK – so Snapped Ankles were never going to have their show opened by a bloke crooning dreary ballads over a strummed guitar now, were they?

If that was your hope for tonight at Concorde 2 then it was resoundingly smashed on the rocks of performance art, as the already near-full venue was assaulted both visually and audibly by the combined drumming and artistic talents of E-da Kazuhisa and Daisy Dickenson…AKA Adrena Adrena. 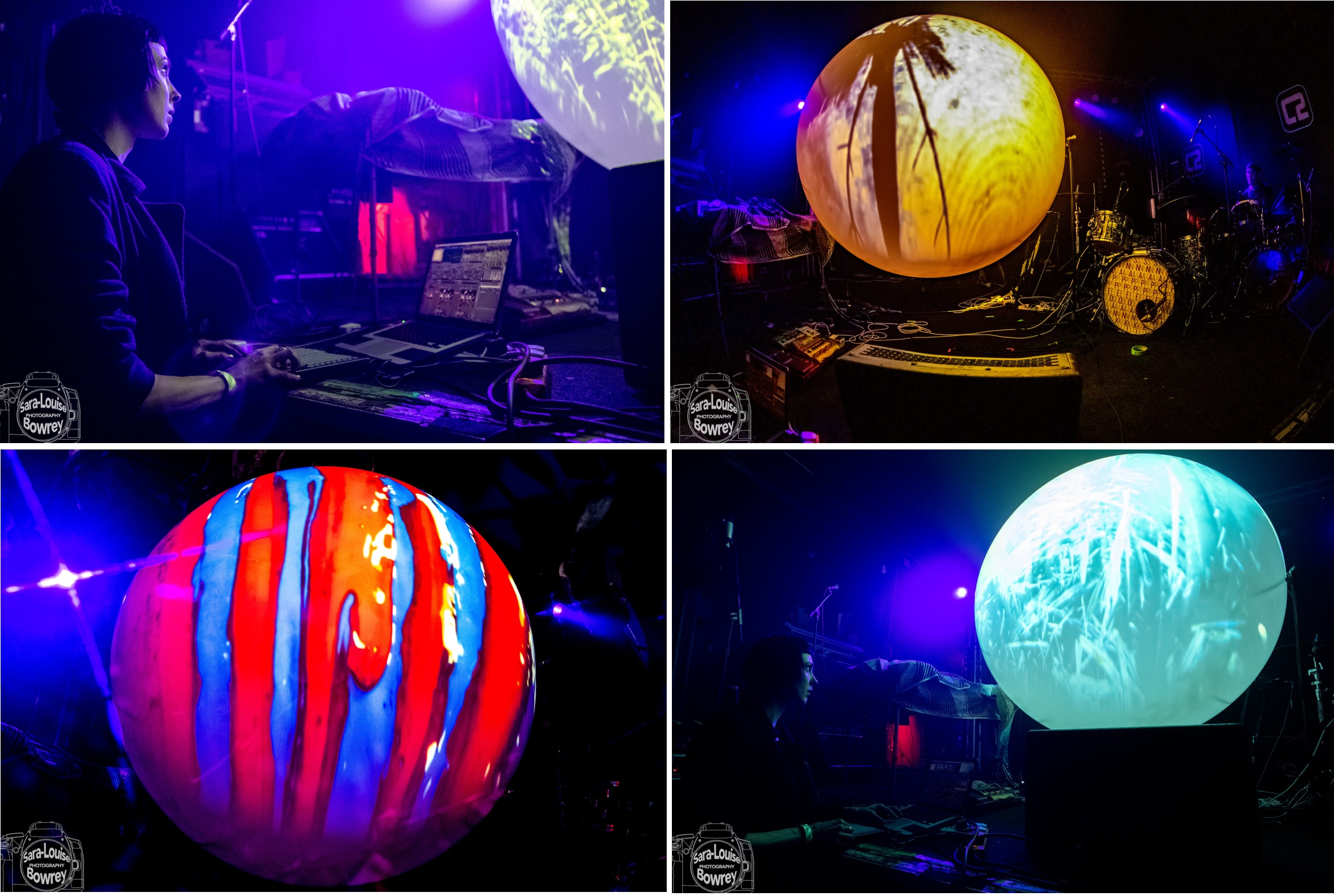 With a globe-shaped projection screen dominating the stage it’s immediately obvious that a ‘standard’ live band review is going to come up short. This is a situation where what is needed to capture the moment in words is an A-level or above in contemporary art or film making.

Hypnotic and mesmerising, were the visuals accompanying the soundtrack or visa versa? Whatever the case, the perfect duality of the situation demands full attention…to the point where it feels there also needs to be a tactile element to the show…the ability to reach out and touch both the colours and the beats of the drums.

Powerful stuff, with dreamy and enthralling images of waterfalls, icicles and palms unfolding before our eyes, and complex rhythms insinuating themselves deep within our ears. 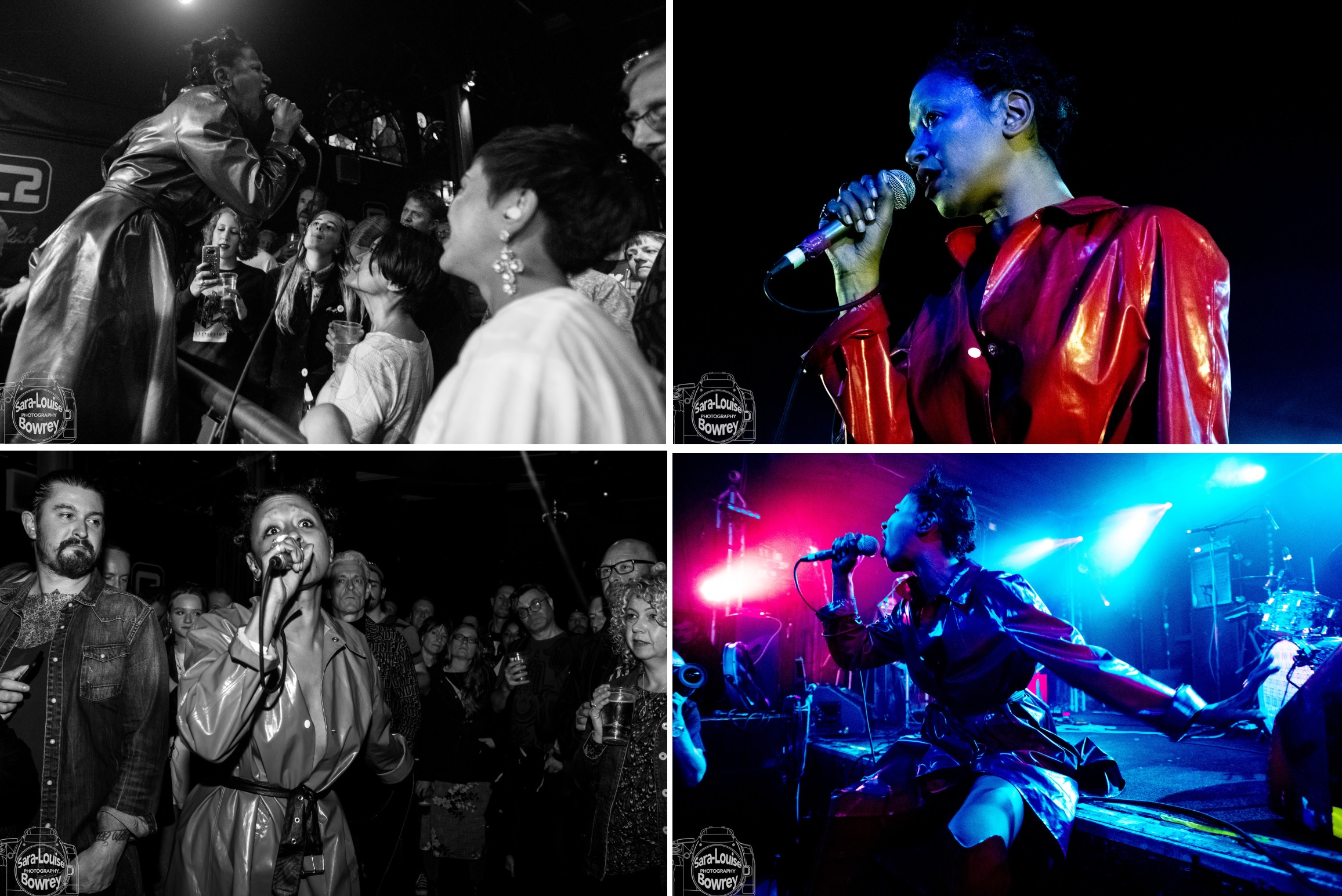 Next up sees the enigmatic Nuha Ruby Ra take the stage in a veil of red lighting and deep shadows from which exhales a strong voice swathed in shreds and echoes of both punk and goth heritage.

This art-school musician is treading a career path that was well-worn by the likes of Vivien Westwood and the Sex Pistols as she dresses to impress just as much as she seeks to create a new sound that exemplifies her desire to avoid the mainstream. 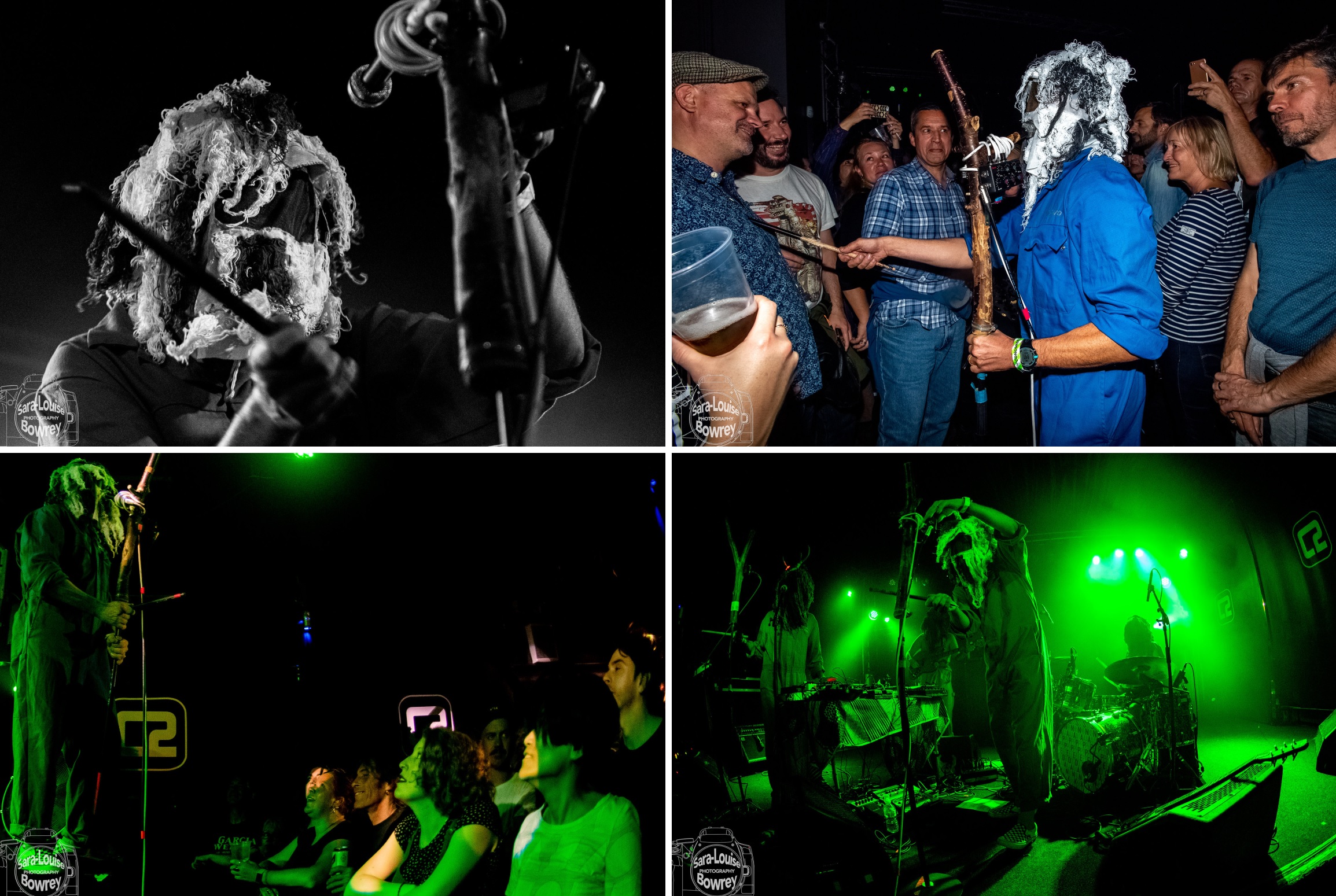 And now Snapped Ankles force their presence through the clogging atmosphere of a venue that feels to be at double its legal capacity – and indeed at least 50% over it’s actual physical ability to contain human beings.

In this full-to-the-brim TARDIS environment the shambling Middle-earth dwellers who are Snapped Ankles (fully adorned as per usual in their trademark tree-galia) take a time-travelling trip through musical history. Along the way they stop off in the trippy psychedelia of the sixties (albeit a very noisy parallel universe inhabited by a young Mark E Smith), the psyched-out seventies, and the synth-driven eighties.

Oh yes – and the lyrics.

You may need to be an aficionado to pick them out from the blitzkrieg barrage of noise generated by the Snapped Ankles backline, but any band who bases a song on a poem entitled ‘Timothy Leary Teaches Weightwatchers Classes In Crouch End’ certainly needs to be read as much as listened to.