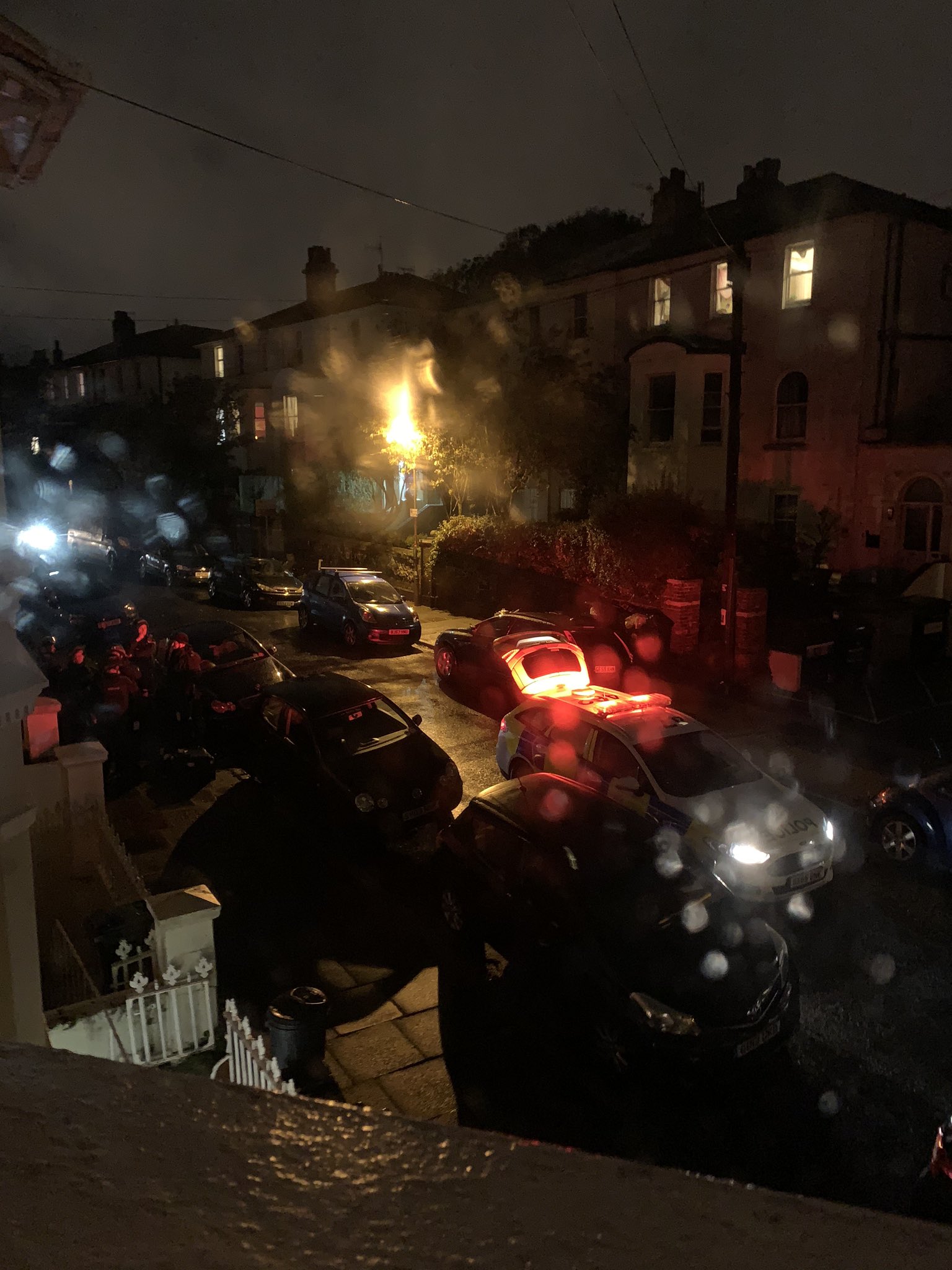 Police in Richmond Road on Monday night. Picture by @Lucanesque

A 61-year-old Brighton man has been arrested for firearms offences after armed police raided a house in a pre-planned raid last night.

The road was sealed off last night while officers and police dogs entered the house at about 9pm as part of the intelligence-led operation. 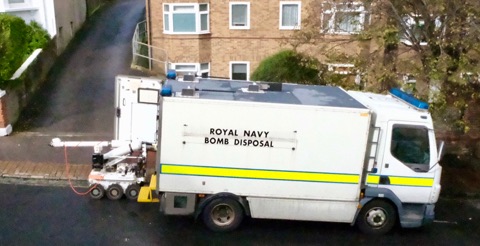 The bomb squad and robot in Richmond Road on Tuesday. Picture by Barry Eliades

A police spokeswoman said: “A warrant for the search of firearms was executed at a house in Richmond Road, Brighton, on Monday evening (October 14).

“This was a pre-planned intelligence-led operation on a single property.

“The scene has been secured for searches to be carried out in due course.”

Some residents were reportedly told they would not be able to pass the cordon even to get home and should find somewhere else to spend the night.

One resident, tweeting as @Lucasnesque, said last night at 9pm: “It’s all kicking off in Brighton, we’ve armed police blocked our road off and our neighbours have been told their daughter will not be able to come home tonight and will have to sleep elsewhere.”