Enjoyable evening of music at Hove’s Back Beat Bar 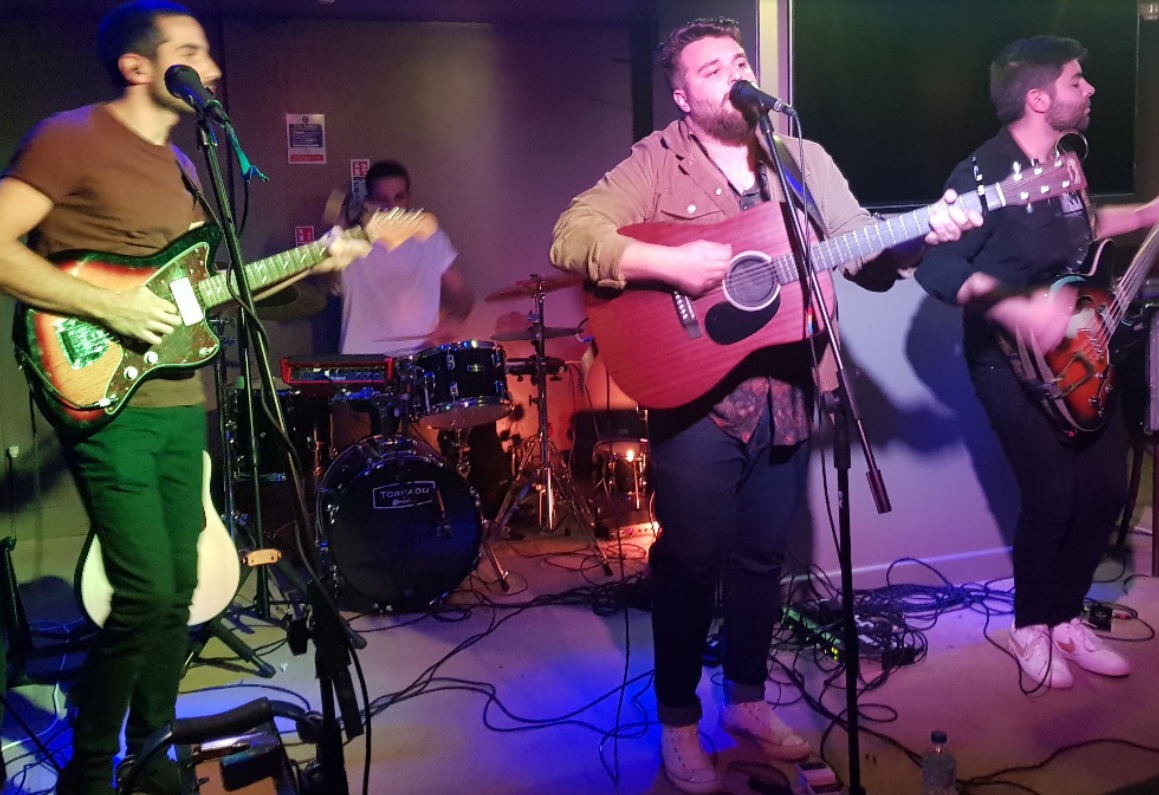 I spent yesterday evening at a new venue to me, Hove’s Back Beat Bar, a small basement bar on Western Road with space for live music, and what a pleasant evening it was. The staff were friendly, the atmosphere was lively and the three acts were all well attended, we need more evenings like this please.

Good friends and good musicians playing music they love together is an ideal starting point for any band and Bear’s Towers are exactly that. They were the main act last night, a French group with four members: Aurélien Pinget, Olivier Hudry, Nathan Karraoui and his brother Tommy Karroui, who are, as yet, not well known in the UK. They play a mix of rock, folk and pop and quote Mumford & Sons, The Lumineers and Sons of The East among their influences.

Their first visit to Brighton, they seemed very relaxed and keen to play their music, jumping straight in with ‘Sun God’ a rocky number to get our attention. The second number ‘Aimless’ was a more complex song with Pinget playing acoustic guitar and singing, accompanied by Hudry and Karraoui on backing vocals which created a nice swell of sound. As they were not fluent English speakers, there was little chat between songs, which was a shame, but didn’t detract from the good songs. ‘Silent Birds’ was a rousing number, which started out with loud drumming and got everyone clapping along, the audience were being drawn in.

My favourite song of the night, was ‘The River’, or should I say ‘The Reeeverr’ I just loved the way Pinget sang the word ‘River’, heavily accented. Next, we had another great song ‘And Now’, lots of harmonica, clapping and stamping. It had a flamenco feel to it and was well received by the crowd, who were fully engaged and jigging and clapping by now. The final three tracks of an enjoyable set included a real festival pleasing, good-time song, ‘A Kid Inside My Chest’, a rousing, rocky folk song ‘Here Comes The Rain’ and ‘Midnight Girl’.

Pinget has a pleasant, rough voice, but I was particularly impressed by the interesting structure of their songs, which constantly surprised us and the harmonica and use of percussion added extra interest. I look forward to seeing them again in UK as they develop their catalogue.

You can listen to Bear’s Towers on Soundcloud and also Spotify and purchase some of their material HERE. 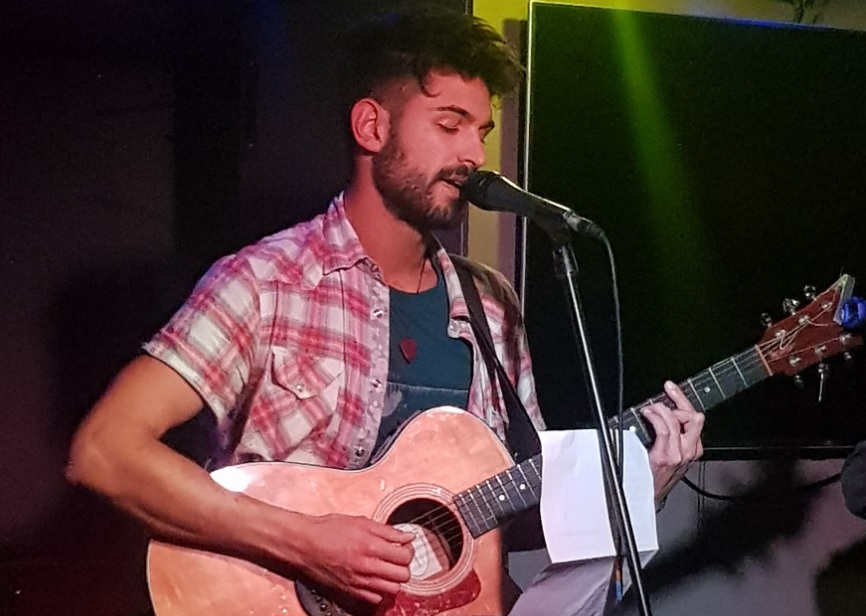 Linus De Ferrari is an Italian born singer songwriter who now lives in Brighton. His passion for music and poetry has led to collaborations with many different artists. He plays acoustic guitar and sings songs about everyone’s life, its joy and its struggles. His influences are wide but focus on acoustic indie music and drum and bass.

Ferrari had a big following yesterday, chunks of the audience had obviously come along specifically to see him perform. He is a charming, charismatic performer and his songs are obviously created from the heart.

Last night was his first main solo performance, although ‘solo’ was misleading, as he was accompanied by Herbie Walker on keyboards and Daniel Geffin on bass guitar.

Standout tracks included ‘Rising Stars’ which he had written when he first arrived in Brighton, three years ago, the lyrics and music were full of hope for the future. Walker and Geffin added nice harmonies to the swell of sound. ‘India’ had been written about a friend’s departure and how they remained in his heart and thoughts. The three covers, Coldplay’s ‘Yellow’ , Gregory Alan Isakov’s ‘If I Go On’, and Foy Vance’s ‘Upbeat/Feelgood’ were all executed well and pleased his fans.

All-in-all Ferrari gave an enjoyable and successful first performance in this intimate venue. 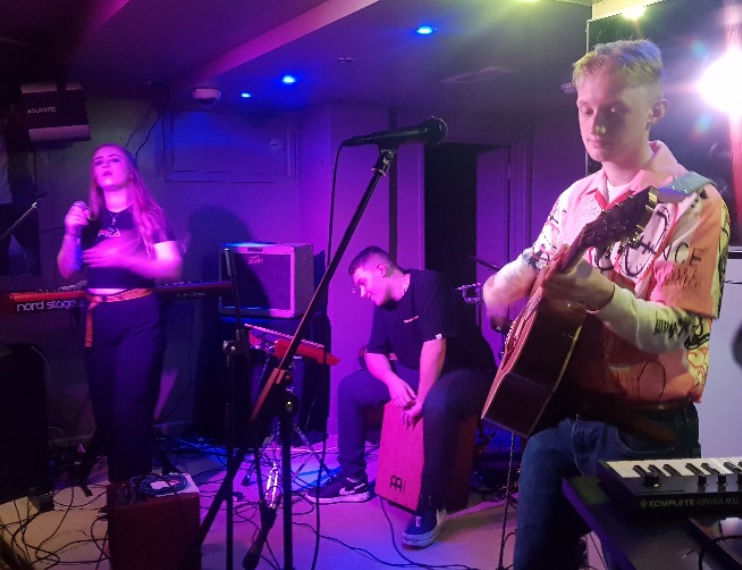 TYDL usually play and electric set with a full band and last night was a rare ‘acoustic gig’ for them.
Valerie was definitely the main attraction with her distinctive vocals and she performed 4 original songs, with good support from Wood and Dunstall on guitar and percussion duties, and two covers in a short set. 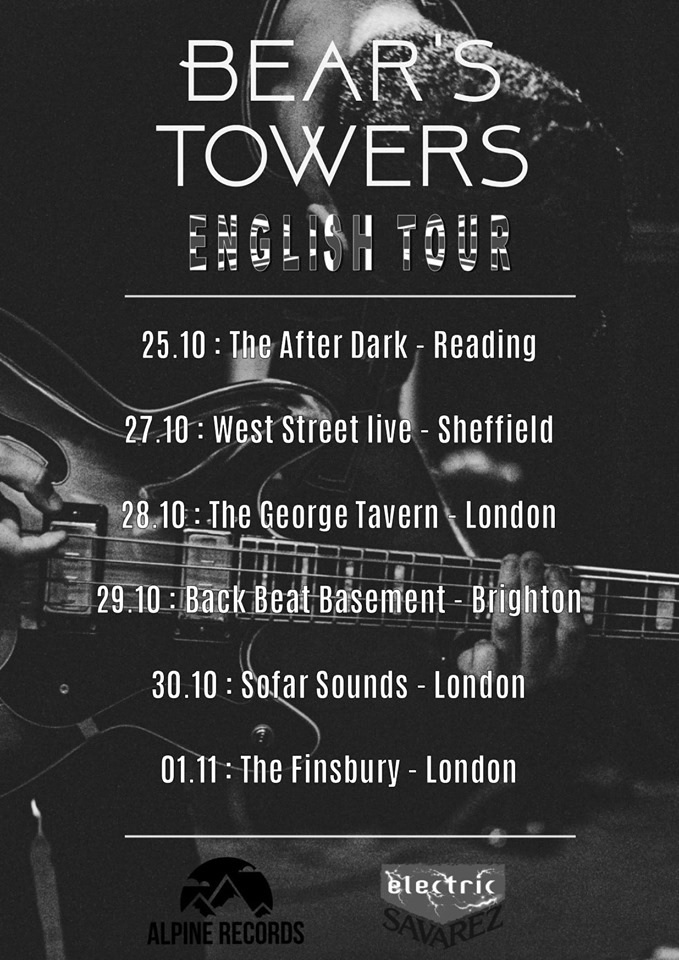