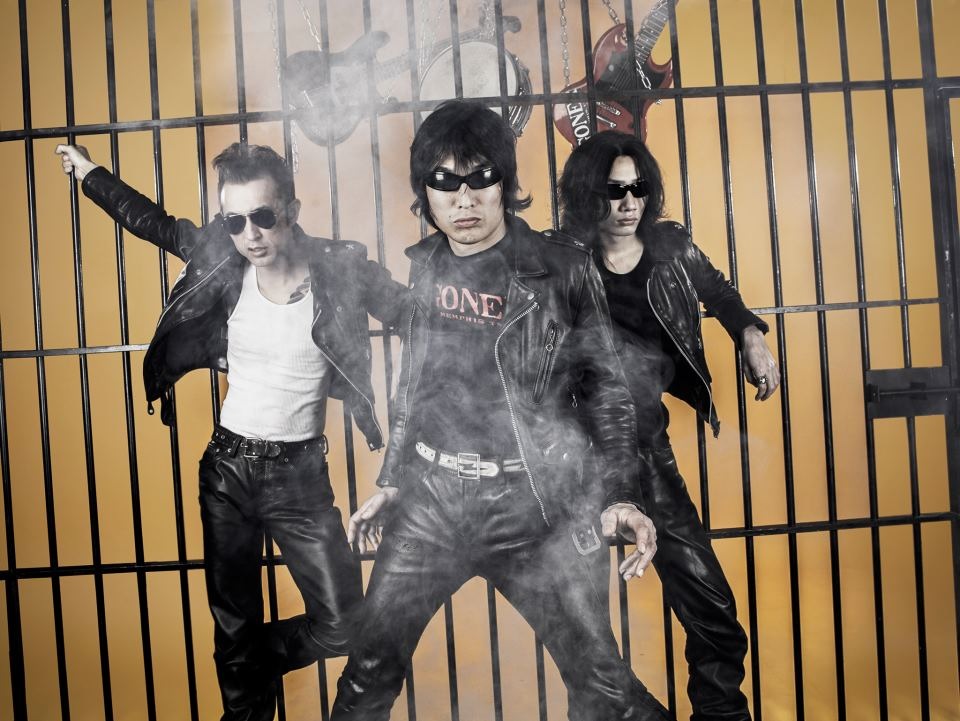 It’s been noted that a lot of Japanese rock’n roll fan’s really look up to Guitar Wolf  they are their heroes because of the fact that their music is very extreme and very loud; just like Rock’n roll should be, plus add to this that they look super-cool in their shades and leathers and voila you have success!

Guitar Wolf were formed in 1987 by Seiji and Billy and after a while Toru joined their black leather clad ranks. They started pushing the boundaries of society’s accepted vision of one-dimensional rock trio. With this particular band, style is as important as sound and as a result their fanbase across the world has grown massively since their inception. 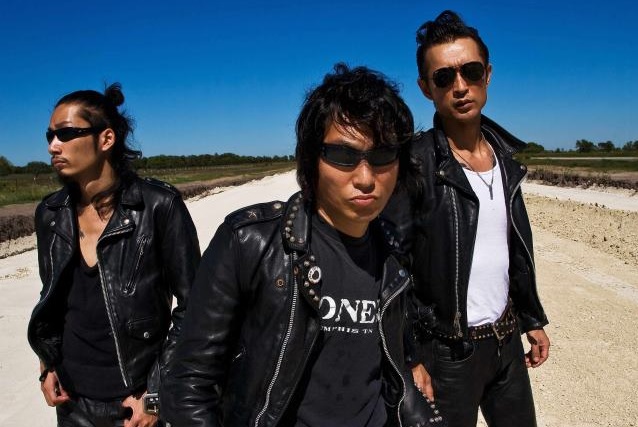 Guitar Wolf were courted from across the pond and in 1993 Goner Records, an independent label based in Memphis, USA released Guitar Wolf’s debut album ‘Wolf Rock’. After that,they signed up with another independent label in the USA, namely Matador Records. Their home breakthrough occurred in 1997, when they debuted with the major label Ki/oon Records in Japan and they released ‘Planet Of The Wolves’ at the same time.

To date, they have now unleashed over a dozen long players, with their latest May 2019 10-track offering being ‘Love & Jett’, which features tracks from a mere 1 minute 49 seconds right up all the way to 3 minutes and 7 seconds! So you get the picture! Hard, loud, fast and short! Click HERE to watch the video for one of the longer tracks – which to me sounds as if the Dead Kennedys have moved to Japan!

Guitar Wolf now operate on a worldwide level as in their time have played gigs all over the planet from Japan, USA, South America, Australia and all across Europe. Check out this lively video of them in concert down under HERE.

Sadly in 2005 founder member Billy died and so the current trio consists of founding member Seiji (Guitar Wolf), Toru (Drum Wolf) and GOTZ (Bass Wolf) and they will be heading to Brighton on Friday 8th November, where they will be appearing at The Hope Ruin located just up from the Clock Tower at 11-12 Queens Road.

So if you’re a fan of trash rock, punk rock, psychobilly, rock’n’roll and the like, then you need to visit their official website for further information – www.guitarwolf.net 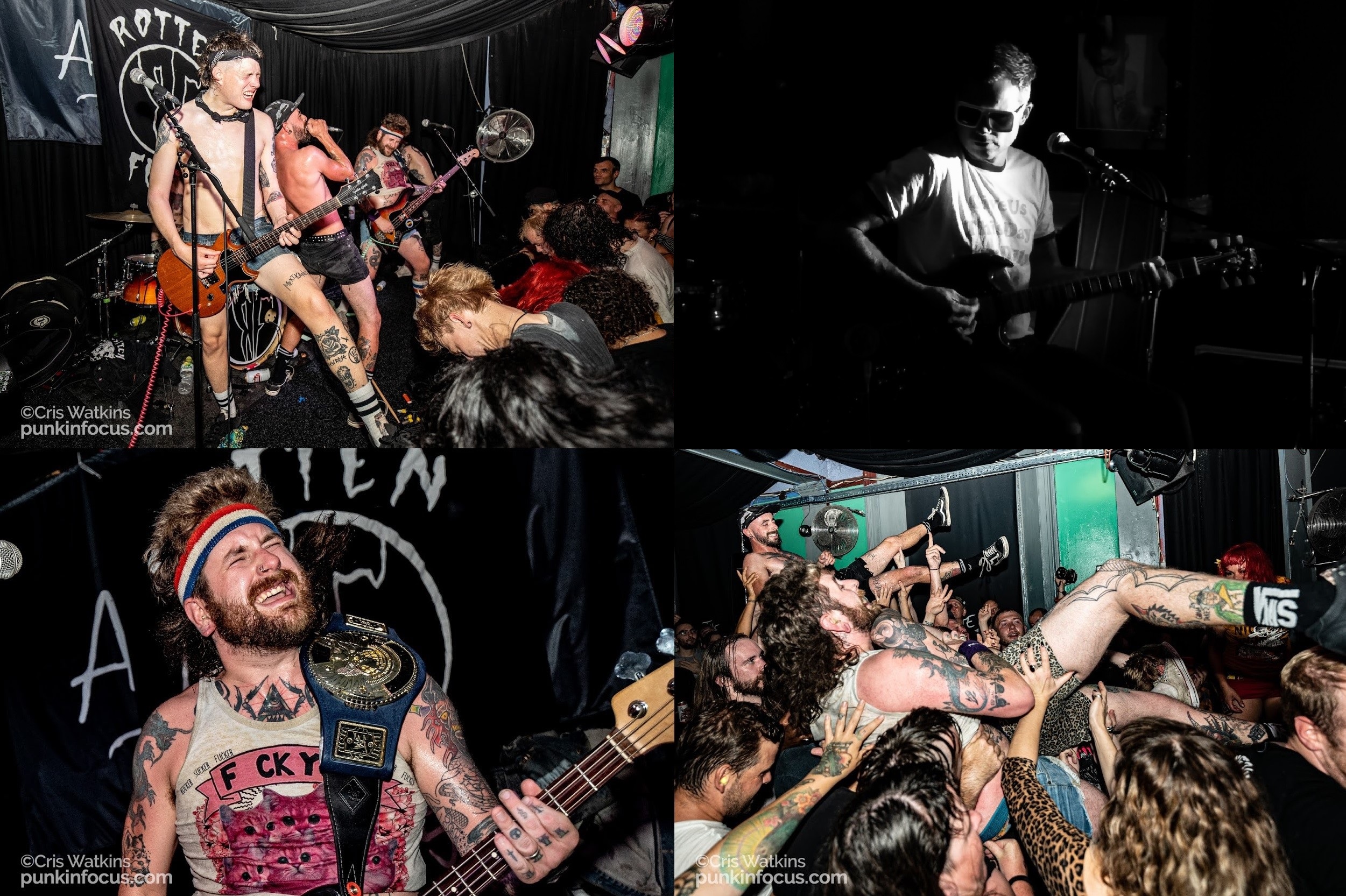 Support for the gig will excitingly come from the newly amalgamated Young Francis Hi-Fi, which has seen the former ‘highly entertaining’ one man punk band Young Francis team up with three-quarters of the terrific Rotten Foxes, and thus have instantly become a very exciting prospect indeed!

I guess that you might be able to suss what it’s all going to be about by listening to Rotten Foxes Bandcamp page as well as the Young Francis Bandcamp page. 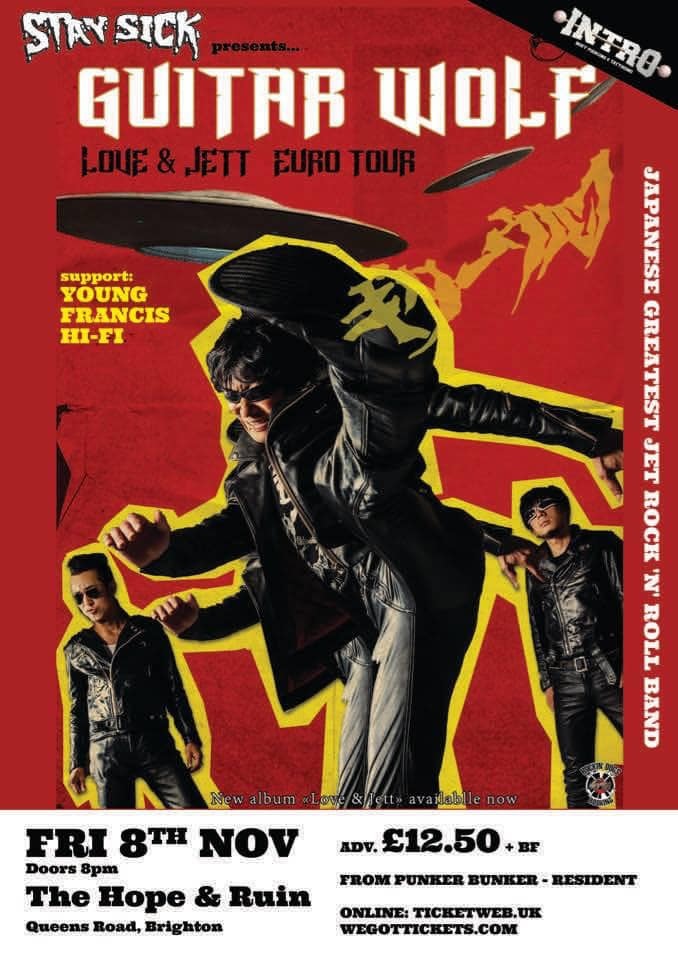