All workers in council-run care homes have been tested for the covid-19 coronavirus, health chiefs were told today (Tuesday 9 June).

None them have the virus but in any event fewer staff will move between care homes as part of efforts to help tackle covid-19.

The news was shared by Rob Persey, the executive director for health and adult social care at Brighton and Hove City Council.

He told a “virtual” meeting of the council’s Health and Wellbeing Board that steps had been taken to reduce movement between residential care homes and lower transmission rates.

And, Mr Persey said, as far as he was aware, the spread of covid-19 across council-run care homes was not linked with agency workers.

He said: “There is a lot of work taking place to limit the movement of staff between different care homes.

“There is a concern that the transmission in care homes is not linked to discharge from hospital but to do with staff movement.

“We are working with care homes to try to reduce that by looking at a number of different options.”

The meeting was told that 52 people with the coronavirus had died in care homes in Brighton and Hove up to Friday 22 May.

The death rate in care homes was lower than the national average and, out of 317 local authorities, Brighton and Hove ranked 204th, according to the Office for National Statistics.

Mr Persey said that the first peak had passed and we were in “a long tail”, with 471 cases confirmed in Brighton and Hove since the start of the pandemic.

The peak for confirmed cases in Brighton and Hove was in early April and the number of weekly deaths peaked at 26 about a fortnight later.

Mr Persey said that the focus now was trying to prevent a second wave of infections and he added: “We still have a lot of lessons to learn.” 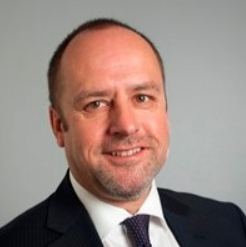 Alistair Hill, the director of public health in Brighton and Hove, told the Health and Wellbeing Board that the city may have had fewer coronavirus cases than many other places because of its younger population.

And fewer people than average died before the end of March, possibly because of a mild winter and a less severe flu season.

But from late March until early last month the number of deaths was above the five-year average for Brighton and Hove.

He said that, given current Public Health England data, he would have expected 29 people a day to test positive for the coronavirus.

But currently, the “rolling average” of confirmed new cases was just three a day although there had been a slight increase in recent weeks which was being monitored.

Mr Hill said that it was too early to tell if increasing numbers of visitors had made a difference to infection rates.