Climate activist on hunger strike in protest at council ‘inaction’ 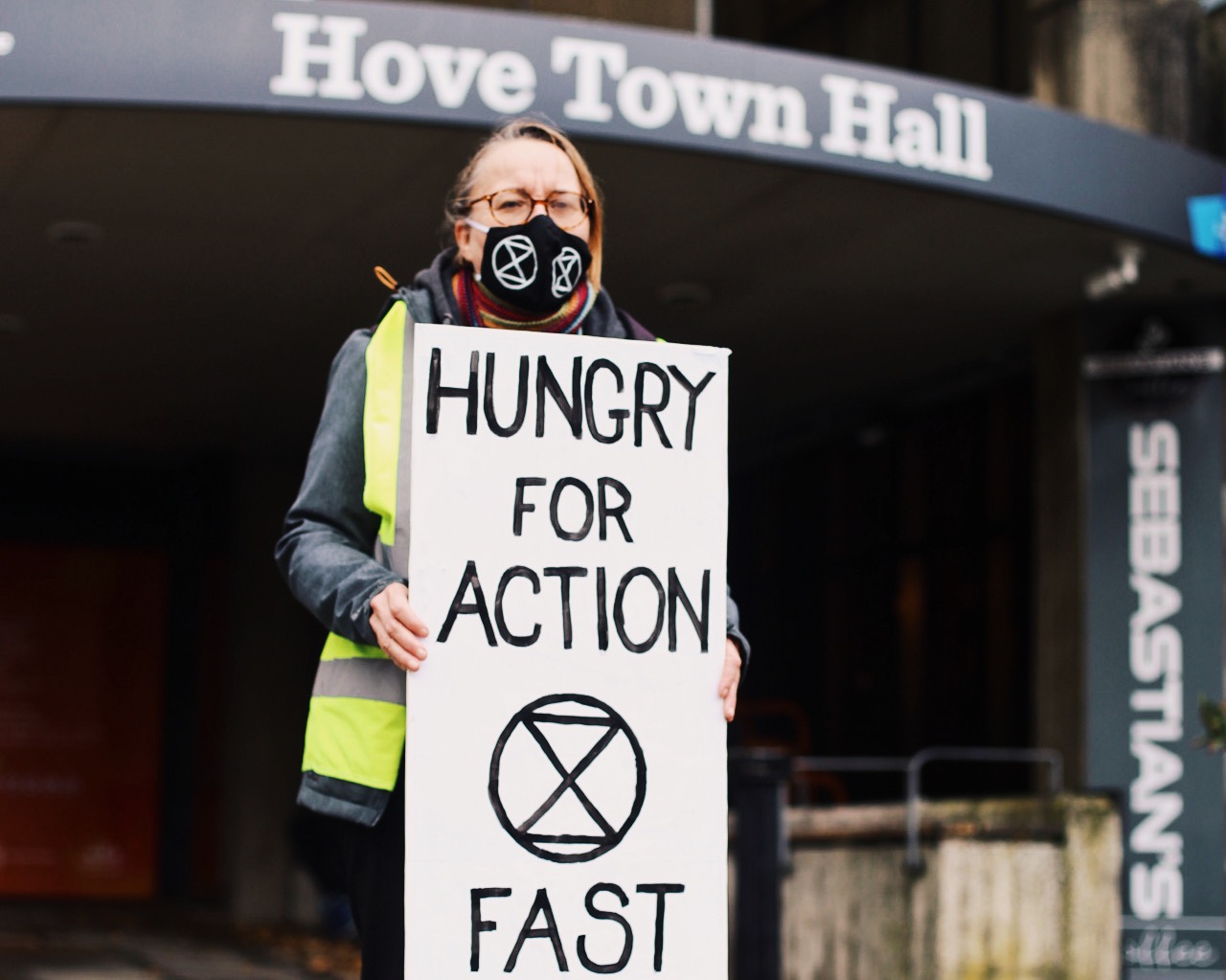 An Extinction Rebellion activist has pledged not to eat for a week because the council hasn’t taken enough action on climate change.

Venetia Carter, 56, kicked off her hunger strike on Friday outside Hove Town Hall.

Mrs Carter, who lives in the Queen’s Park area of Brighton, said that since the council declared a climate emergency two years ago, it hasn’t published any plans on how it will achieve net zero emmissions by 2030 and doesn’t mention climate emergency on its website.

The hunger strike is due to end on Thursday, at a full council meeting of Brighton and Hove City Council where Extinction Rebellion’s petition calling for a plan to be adopted by spring will be heard.

Mrs Carter said: “My fast symbolises the future we are headed for. A future of a four degree world where hunger will be a reality for millions as climate instability and soil degradation lead to an increasing likelihood of crop failures. Conflict is sure to follow.

“I also hope it will stand as an act of solidarity with those already suffering the impacts of climate breakdown. Across the world, people have already lost their lives, been made homeless and lost their livelihoods by increasingly frequent and more extreme forest fires, floods, and droughts.

“For many, the climate crisis seems a long way off in time and space, but I see it looming over my future life and that of my children. This isn’t a problem that can be solved by the people of the future; it is the responsibility of all of us, here and now.”

Extinction Rebellion’s petition demanding that the council adopt an “operational climate and biodiversity plan” by April 2021 had been signed by 1,415 at the time of publication.

The petition also demands that £5m is allocated to climate and biodiversity action in the next fiscal year and that the authority convenes citizens assemblies to decide how to address climate change, with the decisions being legally binding.

At the virtual meeting Mrs Carter and a group from Extinction Rebellion Brighton intend to give a deputation to the council calling for the local authority to “tell the truth” about climate change.