People are being asked to share their views about plans to double the size of the Rampion offshore wind farm by the end of the decade.

Bosses are holding an initial four-week informal consultation about their plans to power more than a million homes with up to 116 new turbines, making 232 in total.

The consultation starts today (Thursday 14 January) before “a full and formal consultation” later this year.

The aim of the informal consultation is partly to raise awareness but also to seek feedback about the proposed extension which looks likely to be to the west.

The project team hopes to submit plans for “Rampion 2” to the government by the end of the year, with a view to starting construction in 2025-26 subject to consent.

Rampion 2 bosses said: “Depending on the final scheme, Rampion 2 could create clean renewable electricity to power over one million homes in the UK and reduce carbon emissions by around 1.8 million tonnes per year, in addition to Rampion’s existing generation.

“In autumn last year, it was announced that an offshore ‘area of search’ was being assessed for a maximum of up to 116 turbines, the same number as the existing Rampion Offshore Wind Farm.

“The results of technical and environmental surveys and stakeholder feedback will be used to identify the optimum site for the new wind farm, which will be located somewhere within this area.

“A subsea export cable is proposed to bring the power ashore under Climping beach, with an underground onshore cable route required to bring the power inland to connect to the national transmission grid at Bolney where three potential sites are being considered for a new substation.”

Rampion 2 development and stakeholder manager Chris Tomlinson said: “For the past 18 months, we have undertaken a series of desktop studies and site surveys to establish the physical lie of the land.

“We have also been talking with many local authorities, MPs, parish councils and experts on wildlife, environment, transport, geology, archaeology, business and fishing.

“We will use the results of our investigations and stakeholder engagement to identify the best possible sites for the onshore and offshore project elements while minimising disturbance to the local community and environment in delivering this vital green energy project.

“At this early stage, we would very much welcome feedback from the Sussex community so that we are aware of all local issues, concerns and constraints as we prepare more detailed proposals for a formal public consultation later this year.” 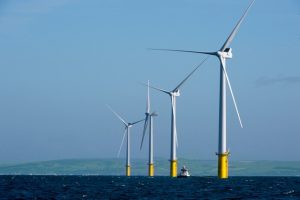 The project team plans to build on the expertise and learning from the original Rampion project to ensure best practice.

The team hopes to maximise the environmental and economic benefits while mitigating impacts on wildlife and the community and minimising inconvenience during construction.

Renewable energy business RWE is leading the Rampion 2 project on behalf of a group of a joint venture company. 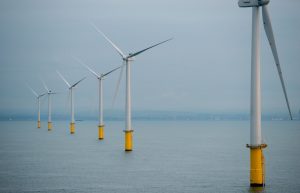 The joint venture secured an option to develop the site when it signed a lease agreement with the Crown Estate, which has responsibility for the seabed.

It said: “A ‘virtual village hall’ exhibition experience has gone live at www.rampion2.com for people to find out more and to share their views and any local information they think may be important for the project design.

“Online visitors can tour the exhibition to study maps and charts, watch a video flying over the onshore cable route options, find out how the operating Rampion wind farm was built or arrange a virtual meeting with members of the project team to ask more detailed questions.

“Rampion is the only wind farm off the south coast of England and this densely populated region is where much of the electricity demand is concentrated.

“The cost of offshore wind has halved in just two to three years and is now cheaper than nuclear and coal, while creating tens of thousands of jobs nationwide.

“The UK leads the world in offshore wind and the government is committed to quadrupling offshore wind capacity to 40 gigawatts (GW) by 2030.

“Rampion 2 can make a major contribution to this target.”