A new restaurant faces opposition after applying for a drinks licence in The Lanes in Brighton. 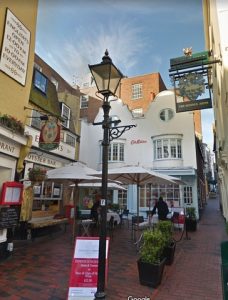 The premises is next to English’s Oyster Bar and the Sussex Arms.

The company, owned by Adam Elliott and TV chef Barry Vera, operates the Petrichor Restaurant at London’s Cavandish Hotel and the Hideout Bar and Grill in Manchester.

Mr Vera presented the Feast series on the Discovery Channel.

But the crucial audience will be a panel of three councillors who are due to decide the application at a licensing panel on Thursday (21 January).

Sussex Police initially opposed the application for a licence for the premises which was previously home to the Zetland Café and the Renee Shaw clothes shop.

But the police withdrew their objection after Paragon Hospitality said that it was willing to accept a number of licence conditions.

These included operating as a café from 9am to 7pm, with waiter service and limiting alcohol to people who were seated and eating a substantial meal.

“The licensing is among other things sought for a rooftop terrace and staging live music including a saxophonist, singers, violinist and a DJ.”

But Paragon said that any music or entertainment would take place in the restaurant and they would not be playing music on the roof terrace. 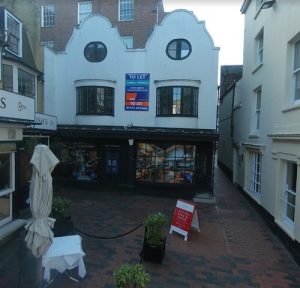 The company added: “The development of the restaurant is still ongoing and, as part of this development, noise insulation will be installed to prevent the risk of public nuisance by way of noise.

“The intention is to line the ceilings in the areas necessary to reduce sound transfer with sound-deadening/proofing plasterboard. This will considerably reduce passage of sound vertically.

“Additionally, an application of acoustic panels throughout the restaurant and bar. These can be decorative and therefore discrete in appearance but will provide substantial sound soak and therefore reduce the overall level of acoustics of the facility.

“The entertainment that will be provided is ancillary to dining, provided to enhance the atmosphere, not dominate it.”

Brighton and Hove City Council’s licensing department did not object to the application. Council policy generally permits the sale of alcohol in restaurants until midnight in the centre of Brighton.

The licensing panel hearing is due to start at 10am on Thursday 21 January. It is scheduled to be webcast on the council’s website.