Sea Lanes Brighton already had permission for a 25-metre pool on the beach but said that it would build a heated 50m National Open Water Swimming Centre that would “transform Madeira Drive”.

The scheme, on the Peter Pan’s Playground site, also includes 74 “modular buildings” – fewer than 107 included in the previous proposals.

They would house changing rooms, saunas, yoga and fitness studios, shops, storage, plant rooms and space for other businesses including food and drink outlets.

Labour councillor Chris Henry said: “We think of ourselves as a young, fun and vibrant city. We need this. It’s great.

“I would like a bit more detail. But we need regeneration in that area. It will just be wonderful.”

Sea Lanes Brighton director Joe McNulty said: “We are delighted that Brighton and Hove City Council has granted us permission to go ahead.

“We hope to begin construction in the autumn with the outdoor heated pool and business units opening in spring 2022.

“The support we have had from the local community has been overwhelming and in the current climate we are looking forward to providing the Brighton community with better swimming facilities, jobs and security.”

The pop-up bar on the site will stay there until construction begins in the autumn.

Not everyone was impressed with the plans, notably Jim Gowans, from the council’s Conservation Advisory Group.

He told the council’s Planning Committee: “What we have is a proposal for what looks like an industrial estate on the beach.”

Mr Gowans said: “The problems are not only recognised by Heritage England but by (Brighton and Hove City Council) officers and also by the case officers themselves who seem to think that this is outweighed by the facilities on offer.”

But the council had very little detail of what was on offer, he said, and the detail available was not in keeping with the grade II* listed Madeira Terraces and the policies relating to the wider East Cliff Conservation Area. 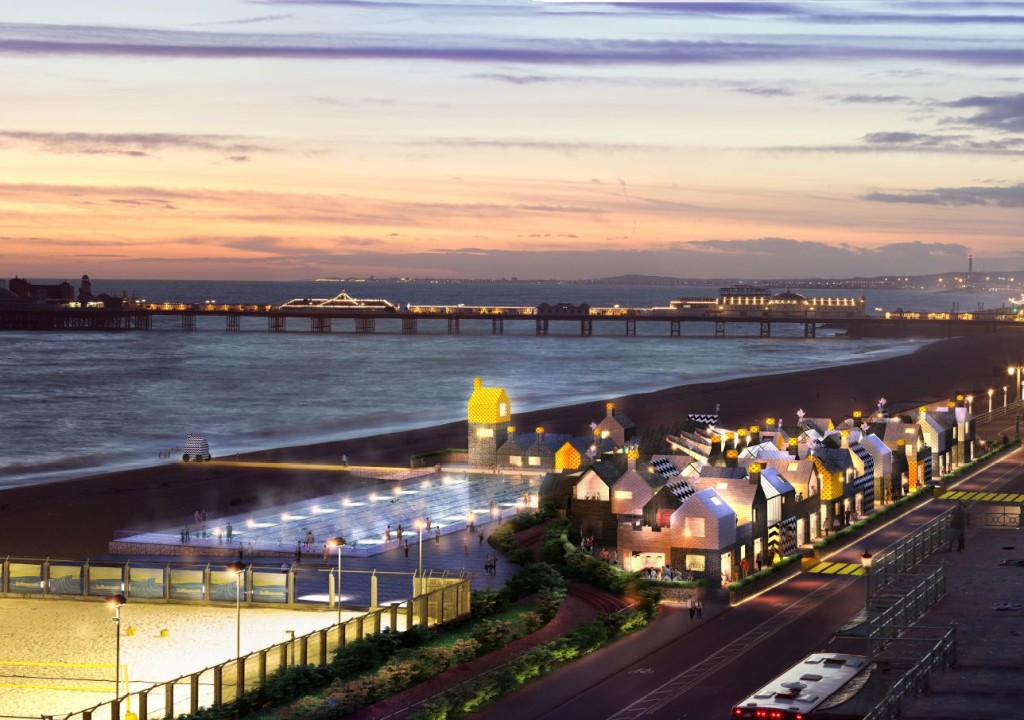 Independent councillor Bridget Fishleigh, who spent years campaigning for the restoration of Saltdean Lido, criticised the lack of detail.

She asked how deep the pool would be and how it would be built – but no one could answer.

Councillor Fishleigh said: “I am torn because I’d be swimming down there every day but we don’t have enough information.

“I don’t want another disaster on the seafront. I don’t think the city could stand for that again.”

She was also concerned that the original plans for a seawater pool had been dropped in favour of fresh chlorinated water which she said would be “environmentally damaging”. 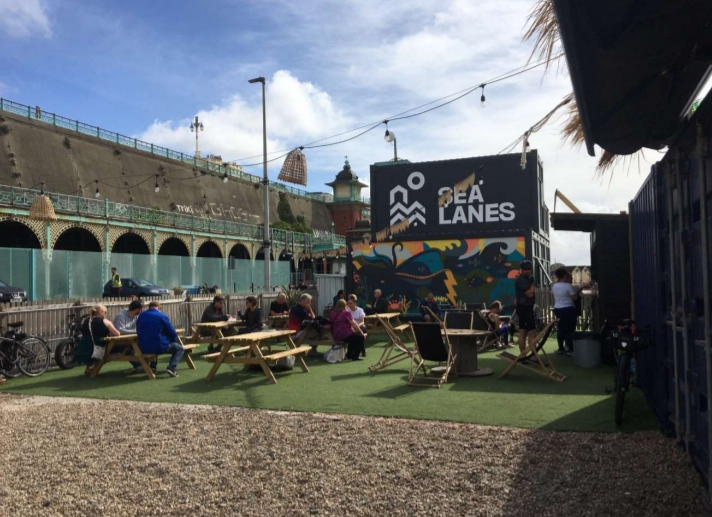 Green councillor Sue Shanks said that, at 25C, the pool would be too cold for competition swimming and classes for young children but she welcomed the plans.

She said: “Generally, I welcome the pool – we’ve got the big sea out there – if it encourages more people to learn to swim.

“I still have quite a lot of questions but I hope these will be resolved when more details come back.”

Conservative councillor Carol Theobald said that she had happy memories of visiting Peter Pan’s Playground with her grandmother when she was a child. 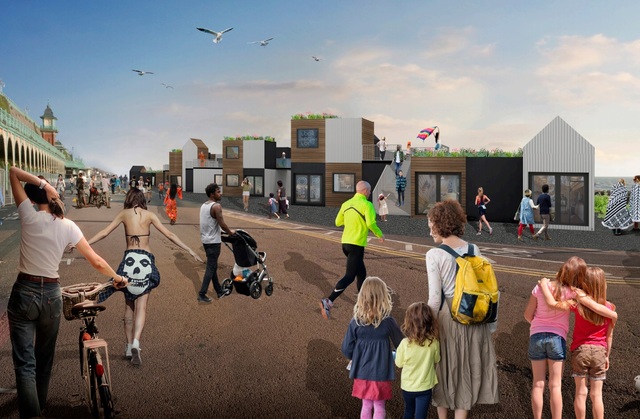 Councillor Theobald said: “When this first come up at planning as a 25-metre pool, I did say at the time it should be a 50-metre one.

“So I am delighted that this has been provided this time. I’m a bit dubious about the units for retail. There are so many empty units around.

“I do feel the access to the site might be good for cyclists and walkers but not so good for cars and buses.”

The committee said that the scheme should include cycle parking for people with mobility issues – and not just for traditional bikes. They also asked for an energy sustainability statement.

Green councillor Marianna Ebel said that the pool would help people to shift the pounds piled on during the coronavirus lockdown.

She said: “It will help to regenerate the area and offer opportunities which is really important. It will drive visitors to other parts of the city.”

The 50-metre pool was granted permanent planning permission, whereas the previous plans for a 25-metre pool were given temporary permission only.

The modular buildings, which should help fund the pool, were granted temporary permission for 10 years.

The site is just to the west of the Yellowave beach sports centre which is also next to the newly approved high rope course approved on the Jungle Rumble Adventure Golf site.