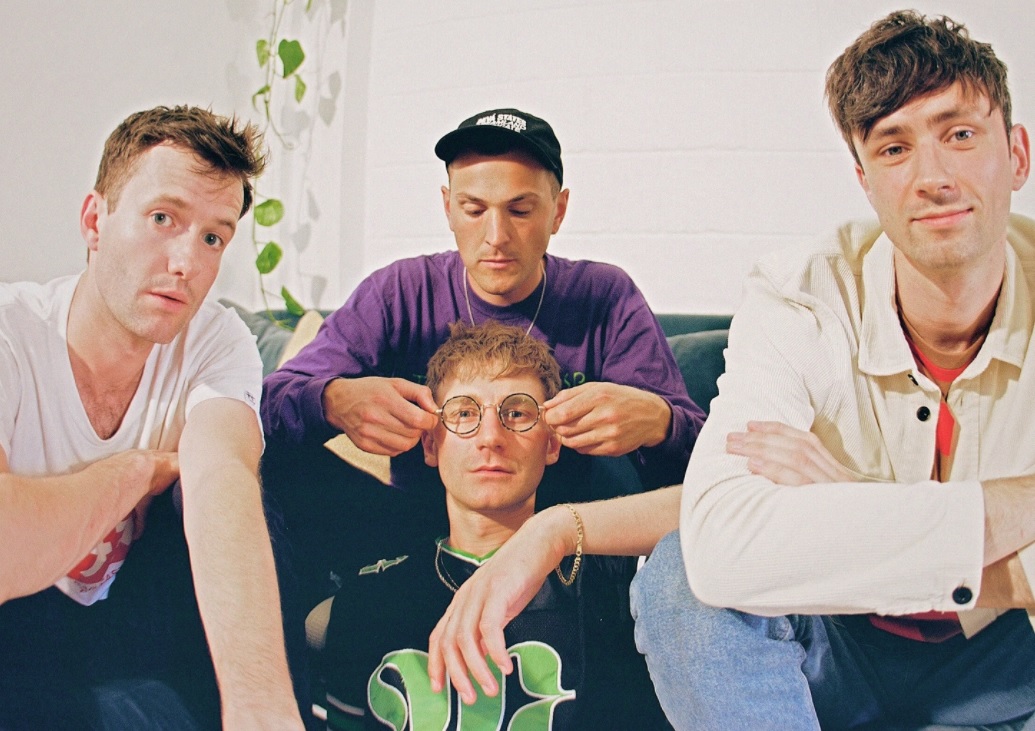 Glass Animals have today announced details of their UK tour in November 2021, including shows at the Brighton Centre and London’s Alexandra Palace.

Being the first opportunity for the band to play their acclaimed new album ‘Dreamland’ to their devoted fanbase, the tour is set to be a mind-bending experience. The band’s single ‘Heat Waves’ also continues to grow on a global scale (showing no signs of stopping), holding the No.1 spot in Australia’s singles chart for a second consecutive week and No.35 in Spotify Global Top 50.

2020 was a whirlwind for Glass Animals – the UK’s truly original and hugely-loved band who confidently set out their stall for their fervently anticipated third album with first single ‘Your Love (Déjà vu)’ in February, then set off on an impressive run of tour dates to celebrate the new music, only for the trip to be brought to an abrupt halt along with the rest of the world in March. However, being the uniquely creative types that they are, the band quickly conjured up new ways to connect with their international fanbase and bring some distraction and innovation in difficult times.

They released a series of ingenious covers, built their own Open-Source website, created their very own TV network, made some jaw-droppingly inventive music videos and teamed up with huge YouTuber (2.1M subscribers) LoverFella to build a Dreamland base and surprise a fan on Minecraft – all while, crucially, inviting people into the enchanted world of ‘Dreamland’. 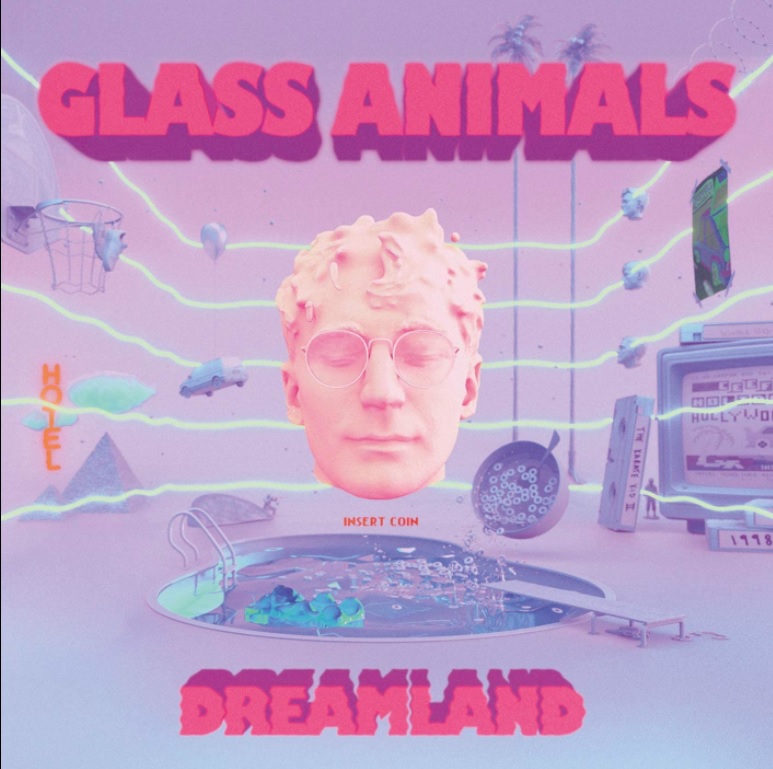 The story of Glass Animals’ single ‘Heat Waves’ is a truly staggering one – it was first released in June 2020 ahead of Glass Animals’ third album ‘Dreamland’ (released later that same summer) and resonated with their fans instantly, with the track starting to get healthy traction at radio globally. Next came a sync placement on FIFA which opened-up a whole new audience and helped the track begin to climb charts all over the world. ‘Heat Waves’ most notably gained the No.1 on Triple J’s Hot 100 in Australia – an accolade not given to a UK band since 2009, with previous winners also including Kendrick Lamar and Billie Eilish. A third surge in attention came more recently via an organic Minecraft affiliation with the YouTuber LoverFella. Watch back HERE.

Currently ‘Heat Waves’ holds the No.1 spot on the singles chart in Australia for a second consecutive week, is holding strong in Spotify’s Global Top 50 and hit its highest daily Spotify streaming peak to date last week with 1.88 million daily global plays. It has over 1.8 million global adjusted single sales and 295 million combined streams and has received over 12 million views of the video on YouTube. Glass Animals also recently hit a new Spotify monthly listener peak of 16 million, surpassing the likes of Tame Impala, Gorillaz, The 1975 and The Strokes. 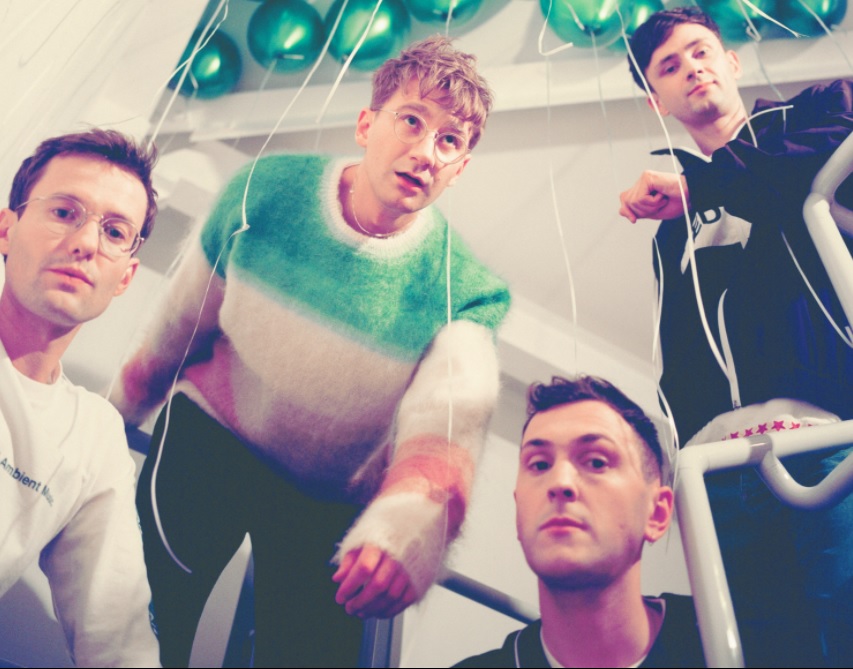 ‘Dreamland’ is the band’s boldest album yet – a powerful and personal story that was borne out of a time of immense confusion and uncertainty for the band – as a result, it’s an album that is very timely for the world we live in today.

The support for the tour will be BIIG PIIG.

Order your Brighton Centre gig tickets from 9am Monday 15th March from HERE and HERE. 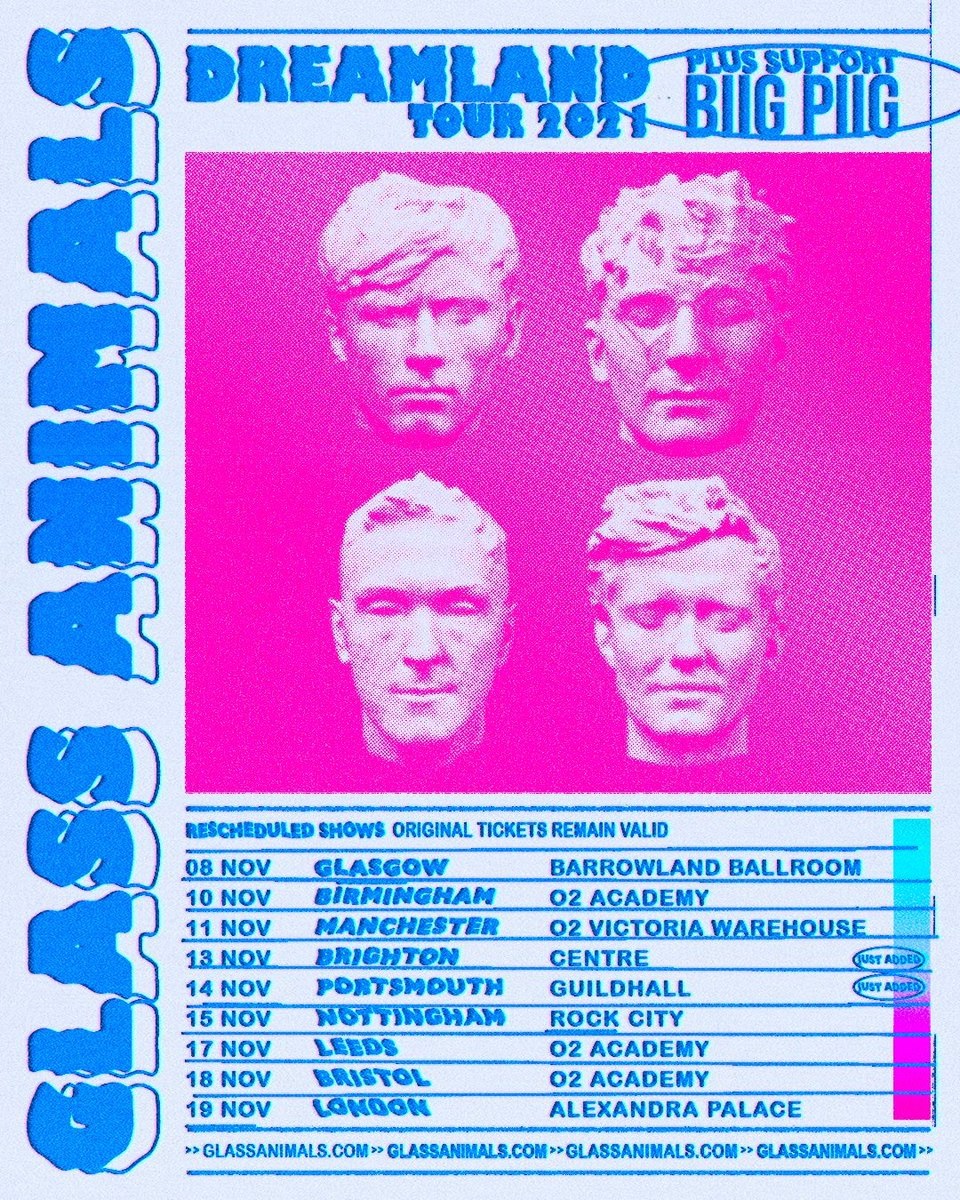