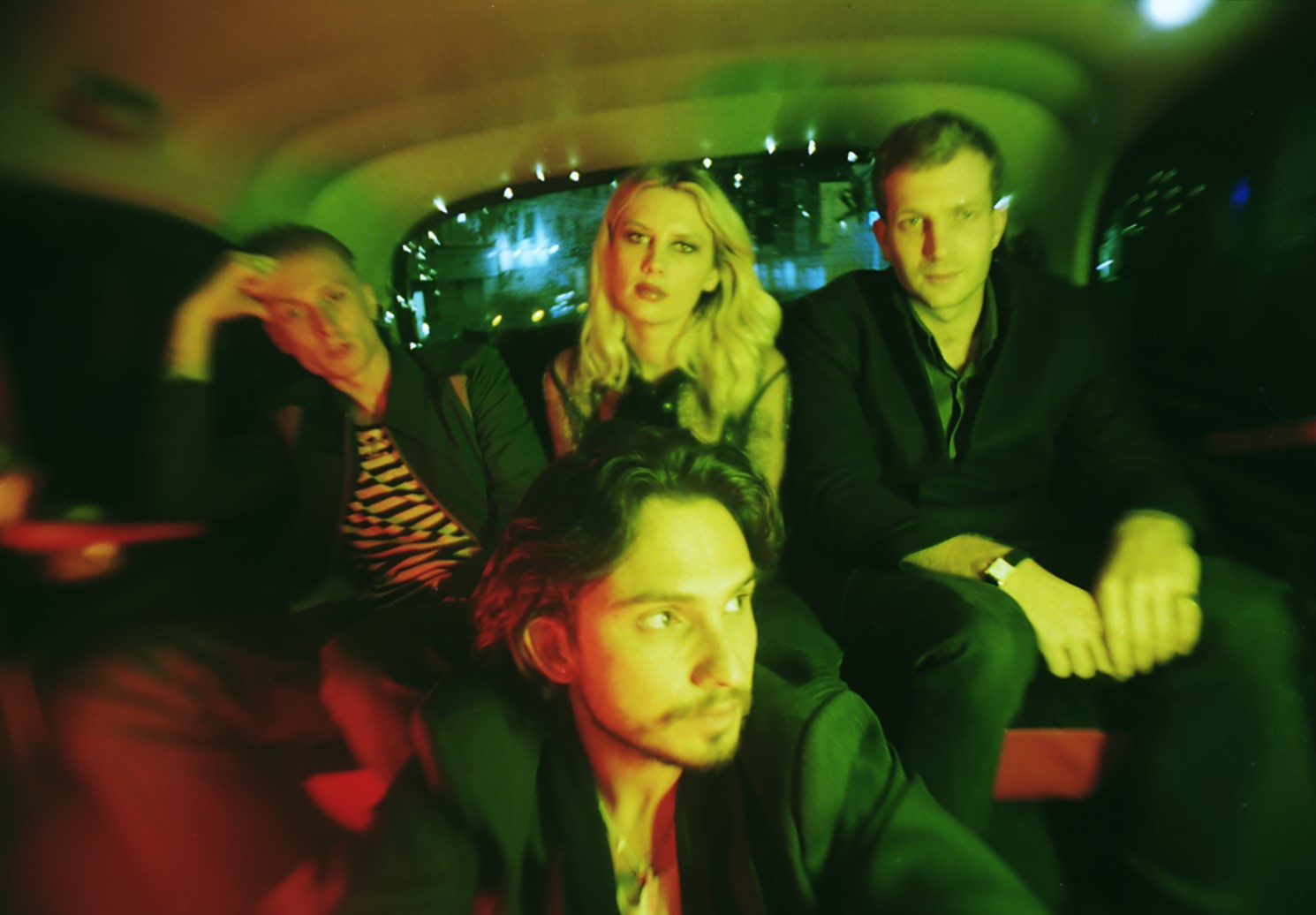 Wolf Alice have announced a UK and Ireland tour for January 2022, (which includes an appearance in Sussex) their first headline shows since 2018. The tour will see the band performing songs from their eagerly-anticipated third album ‘Blue Weekend’, including evocative new single ‘The Last Man On Earth’. The album is the follow up to the 2018 Mercury Prize winning ‘Visions Of A Life’ and is set for release on 11th June 2021 via Dirty Hit. 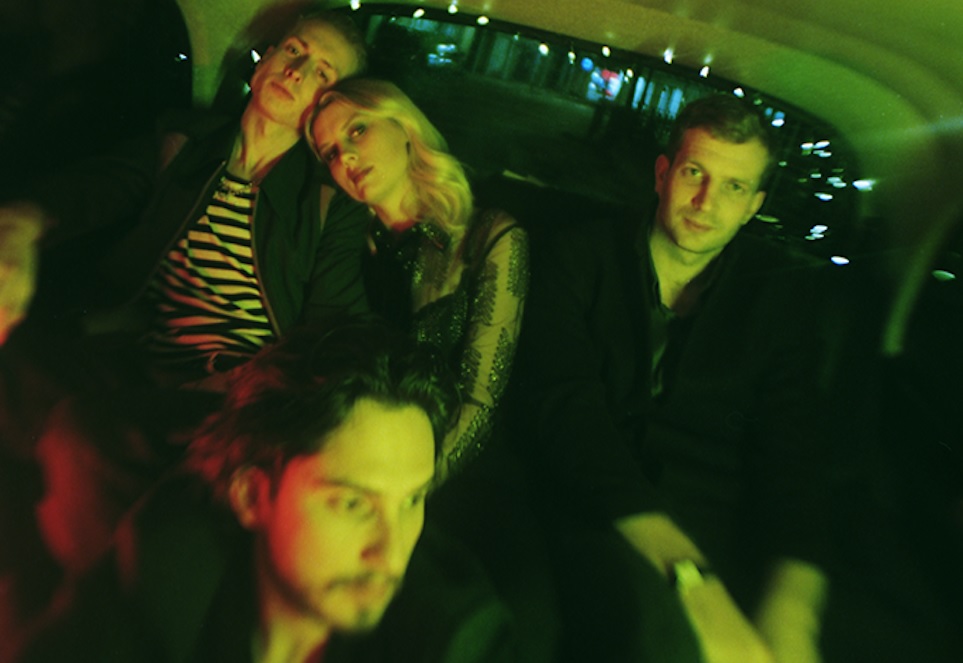 Wolf Alice are Ellie Rowsell (vocals and guitar) Joff Oddie (guitar and vocals) Theo Ellis (bass) and Joel Amey (drums and vocals). It has been a decade since the band began as a duo of Ellie and Joff, later expanding to a four-piece with Joel and Theo joining the group.

Since then, the band have seen their 2015 debut album ‘My Love Is Cool’ soar to #2 on the UK album charts, their sophomore album ‘Visions Of A Life’ also reach #2, win the 2018 Hyundai Mercury Prize and receive a GRAMMY nomination for Best Rock Performance. The band also played a massive 187 shows on the ‘Visions Of A Life’ world tour, including a sold-out Alexandra Palace in London, two sold-out dates at Brixton Academy and a set on the Pyramid Stage at Glastonbury.

It was no surprise that creating a follow up to ‘Visions Of A Life’ was a daunting task. The record was a huge success which subsequently led to many months spent on tour, with intercontinental flights, hotels and long bus journeys taking its toll.

The band decamped to an Airbnb in Somerset, and it was here that they reconfigured who they were together, far away from festival stages, tour buses, awards shows and fans. They cemented their friendship and set to work on some fledgling demos in a converted church.

These demos evolved into ‘Blue Weekend’, a record produced by Markus Dravs (Arcade Fire, Bjork, Brian Eno, Florence and The Machine) who has aided the band in refining their sound to an even sharper point. Ellie Rowsell’s personal storytelling is at the core of ‘Blue Weekend’, an album that sees Wolf Alice embrace a newfound boldness and vulnerability in equal measure.

‘Blue Weekend’ will be released on 11th June 2021 via Dirty Hit and will be available on all DSPs, vinyl, CD and cassette.

‘Blue Weekend’ tracklisting:
‘The Beach’
‘Delicious Things’
‘Lipstick On The Glass’
‘Smile’
‘Safe From Heartbreak (If You Never Fall In Love)’
‘How Can I Make It OK?’
‘Play The Greatest Hits’
‘Feeling Myself’
‘The Last Man On Earth’
‘No Hard Feelings’
‘The Beach II’ 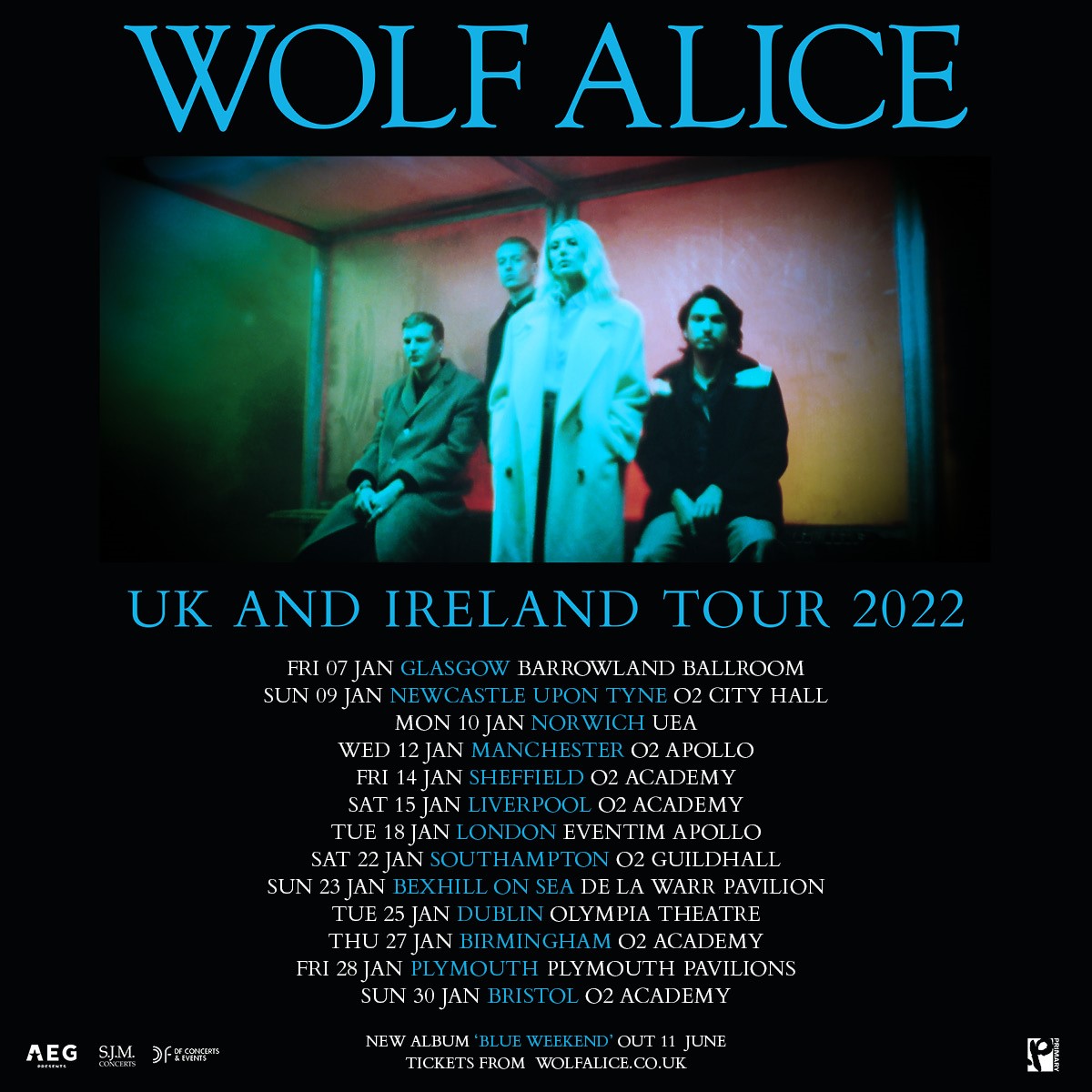