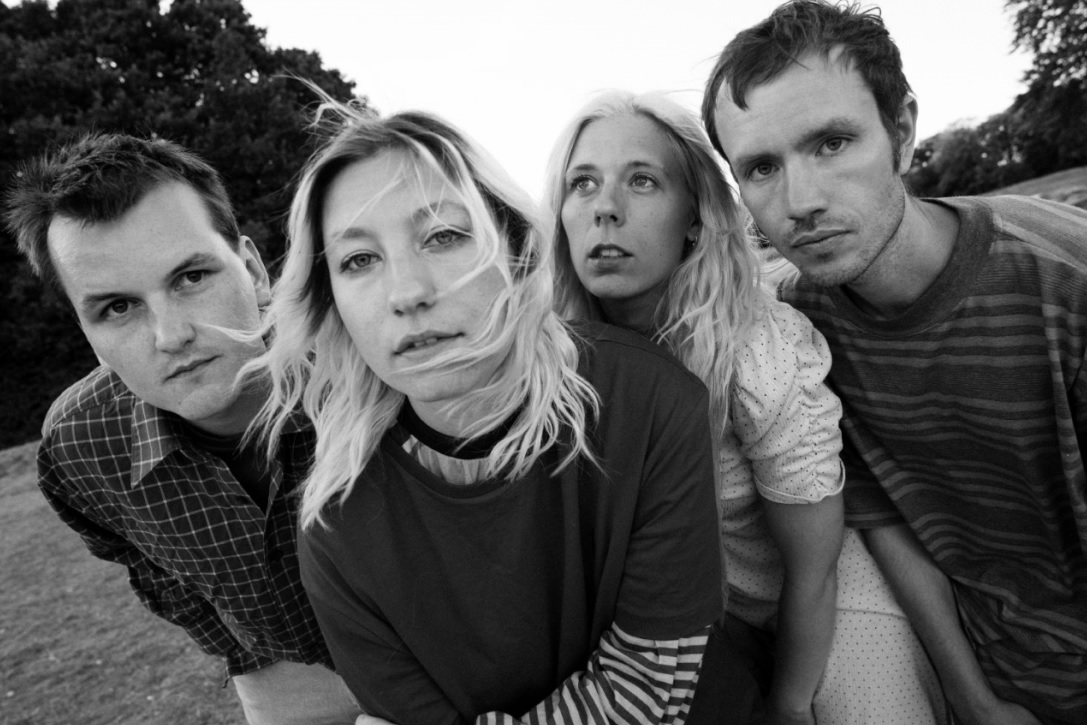 Hot on the heels of their jaunt to Maida Vale studios the other week to record a live session for BBC Radio 1 Jack Saunders future artists show, up-and-coming Isle of Wight quartet, Coach Party, have announced that they will be heading to Brighton as part of a 24 date UK tour.

Describing themselves as “Beige indie band with cracking personalities”, Jess (vocals/bass), Steph (guitar), Joe (guitar) and Guy (drums) will be playing live at 44 Gardner Street, Brighton, BN1 1UN – that’s Komedia Brighton to us! The venue has this week announced that after a 14 month hiatus, they are returning with a six week-long socially distanced programme of comedy, music, and kids shows – Find out more HERE. 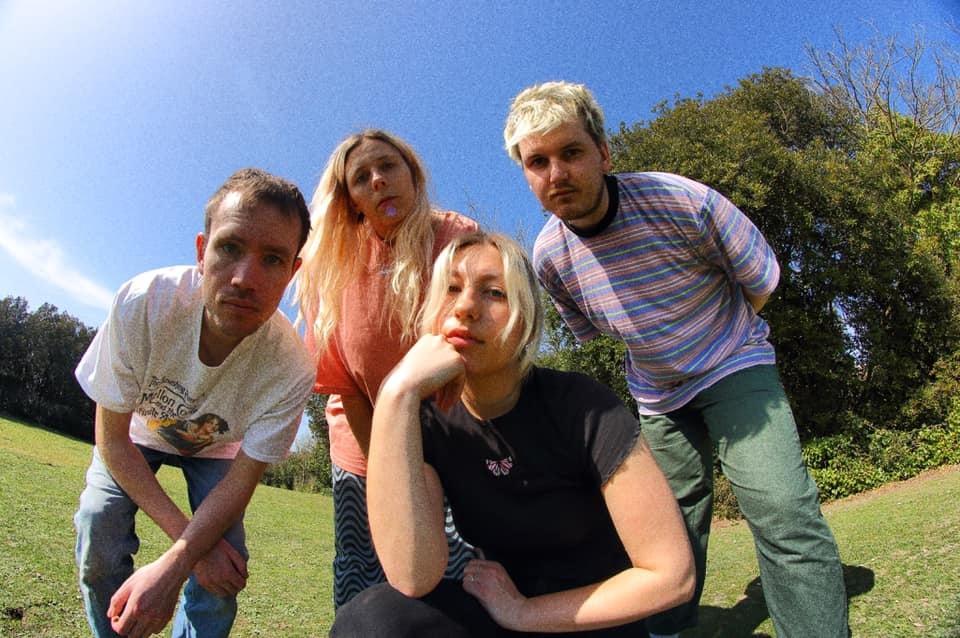 The hotly-tipped Coach Party – who made their debut live appearance on 11th September 2019 at Strings (Newport) on the Isle of Wight – will be rockin’ the Komedia’s intimate Studio Bar on Friday 22nd October 2021. It’s a neat little venue and no doubt their ticket sales will be shooting out of the doors, so I would recommend not hanging around if you want to have a fab night out in town and grab yourself tickets HERE before it’s too late!

The band released their debut single ‘Lola’ in 2019. This sub two minute track certainly turned heads all round the music industry. 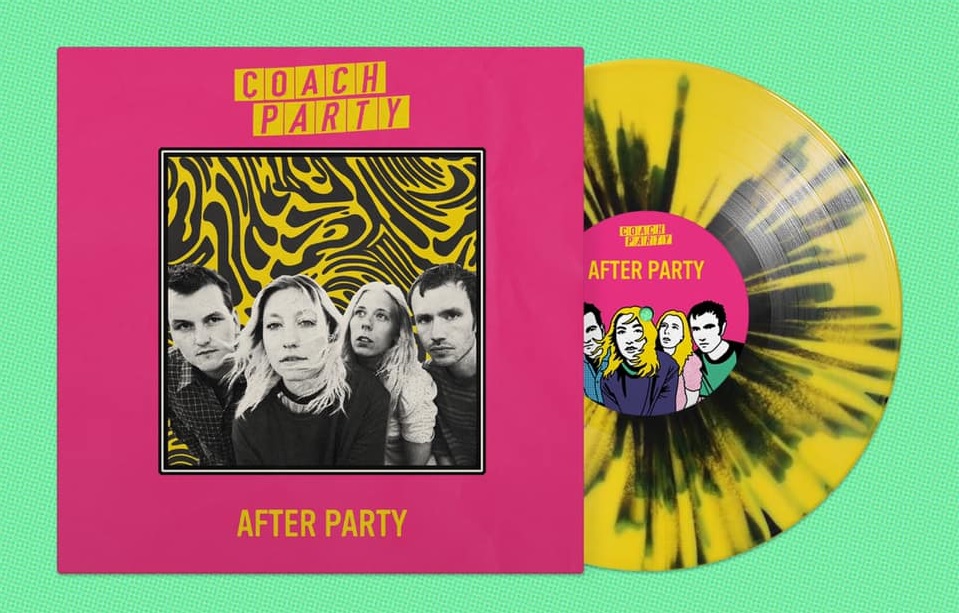 Their brand new 10″ yellow and black splatter vinyl ‘After Party’ EP, running in at just under 20 minutes, features their latest material: ‘Can’t Talk, Won’t’, ‘Crying Makes Me Tired’, ‘Really OK On My Own’, ‘Everybody Hates Me’, ‘I’m Sad’ and ‘Sweetheart’. The physical release will be with us on 28th May.

The EP was written amidst the chaos of 2020 and focuses on themes of everyday life. It was recorded, produced, and mixed by the band’s own Guy Page. 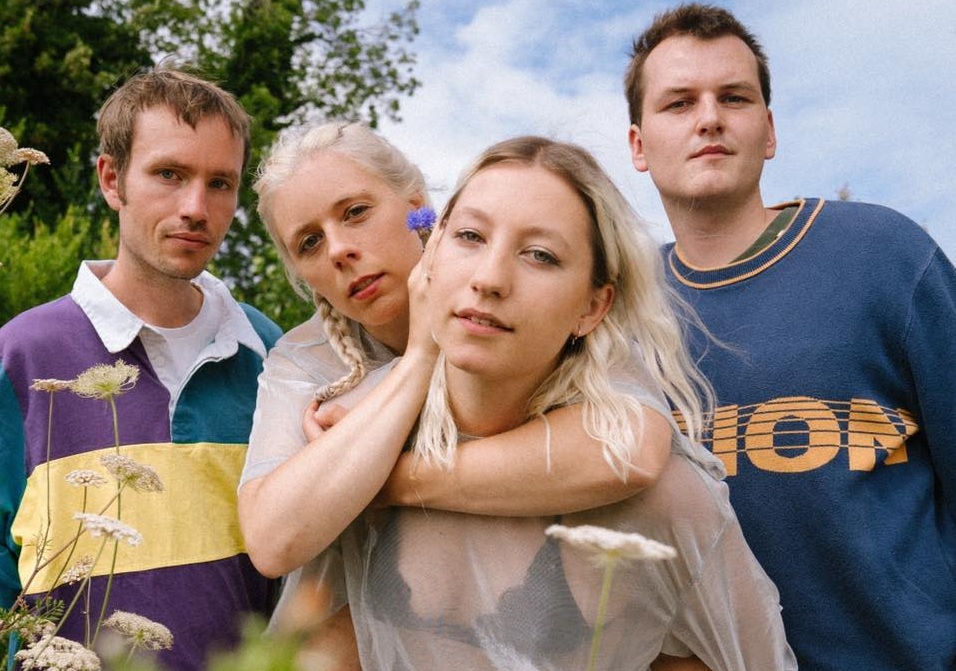 Vocalist/bassist Jess Eastwood explains: “Each song on the ‘After Party’ EP came quite naturally to us, many of them are about difficult people, whether that be work colleagues, family members, and even ourselves (like in ‘Everybody Hates Me’). In other tracks we talk about whether we’d be okay on our own and dealing with self doubt and lack of trust – it’s self deprecating but in a positive therapeutic kind of way.”

“We wanted the sound of the band to come through in a more natural and raw way on this record, capturing a specific moment in time. It feels to us like a sequel which gets a bit more love than the original – like a bogus journey to excellent adventure. We had a feeling that it might be a long time before we get to play live again so a part of us wanted to make this EP a bit like a gig and refrain from going mad with overdubs… face melting riffs over studio tricks”.

“Rumour has it that Paul McCartney wanted to produce this one, but we told him we need a little longer to carve our own sound and told him to call back in 2021… he might have lost our number” 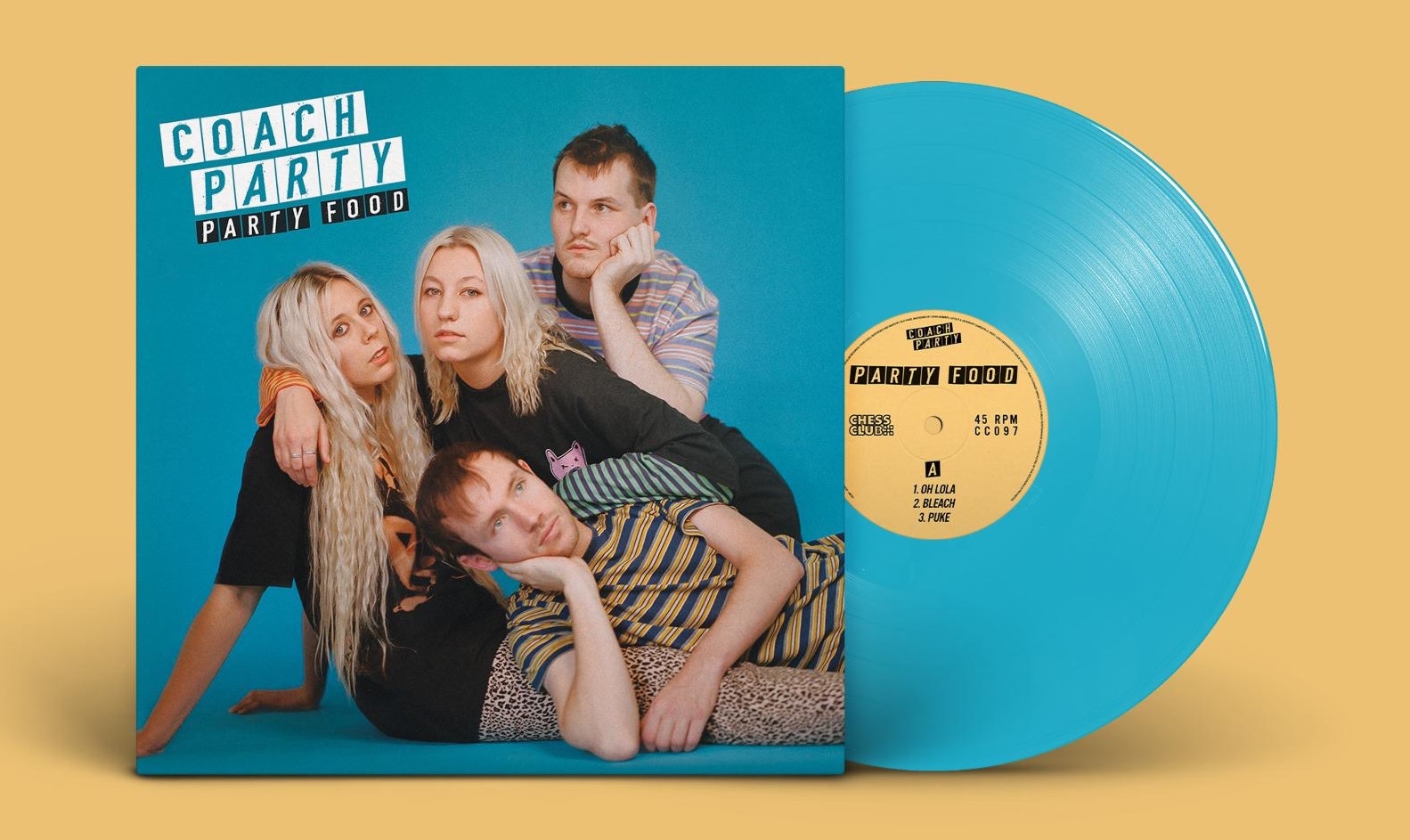 Their previous material can be found on their six tune limited edition 10” blue vinyl ‘Party Food’ EP which was produced in their own studio on the Isle of Wight and released on Chess Club records on 10th June 2020. Those songs are: ‘Oh Lola’, ‘Bleach’, ‘Puke’, ‘Breakdown’, ‘Space’ and ‘Red Jumper Boy’. My fave track being ‘Bleach’ – Check out the video HERE.

Check out the video’s from Coach Party on their YouTube channel HERE and visit their website www.coach-party.com 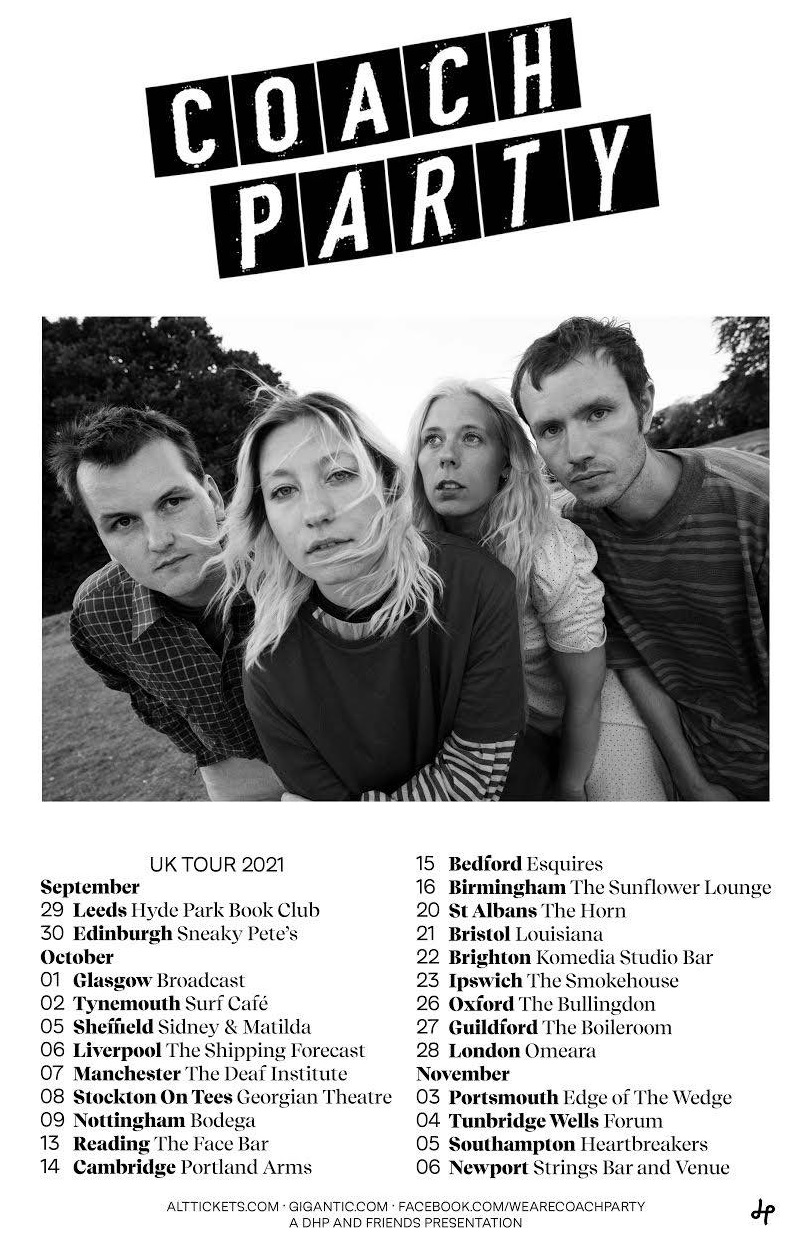