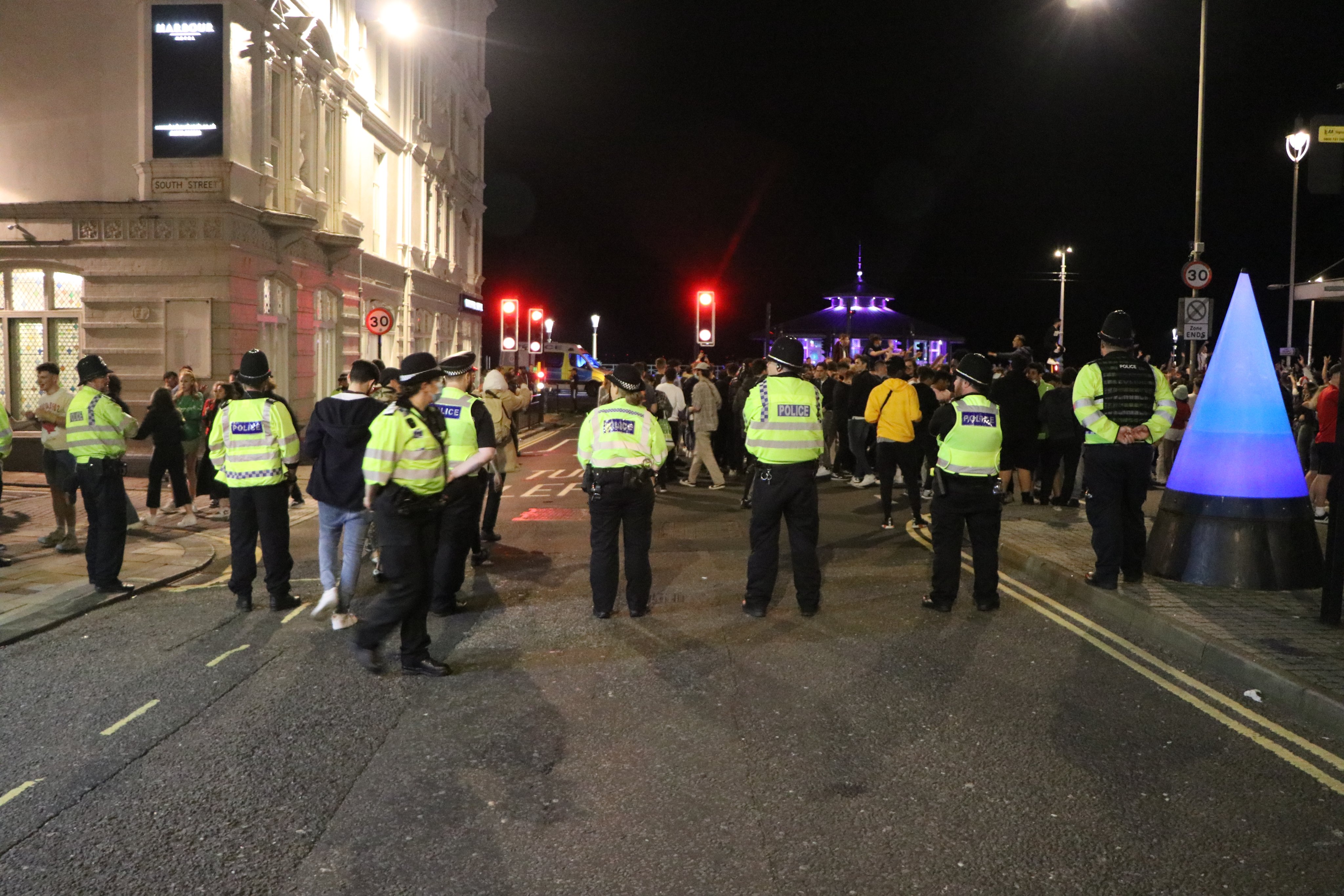 Police in West Street on July 7. Picture by Daniel Moon

The force said: “Police are appealing for witnesses to come forward after two officers were assaulted in Brighton on Wednesday 7 July at about 11.45pm.

“The pair had responded to reports of a crowd of more than 100 people in West Street after the England v Denmark Euro 2020 match.

“A man had climbed on to a balcony and, when he got down, was led away by officers.

“At this point someone from the crowd threw a bottle in their direction which hit one officer in the back and the other in the face.

“Anyone who saw what happened or who has any other information on who threw the bottle is asked to contact police online or call 101, quoting serial 3707 of 15/07.”