Brighton and Hove is falling behind its neighbours when it comes to providing annual health checks for people with learning disabilities.

In the past year, 799 – or 54 per cent – of those registered as having a learning disability had an annual health check, missing the county-wide target of 67 per cent.

This was more than in 2019-20 when just 38 per cent of people registered as having a learning disability had an annual check-up.

The figures were revealed in a joint report by the clinical commissioning groups (CCGs) for Brighton and Hove, East Sussex and West Sussex into deaths of people with learning disabilities.

The figures for East Sussex and West Sussex were 71 per cent and 73 per cent respectively.

At a meeting of Brighton and Hove City Council’s Health and Wellbeing Board yesterday (Tuesday 27 July), Labour councillor Carmen Appich asked why the city was so far behind its neighbours.

Brighton and Hove CCG’s clinical chair Andrew Hodson said: “Even though there are small bits of a health check that makes up a whole, each part of those make up to incredible gains in improving patients help and reducing mortality in the long term.”

Dr Hodson added: “They are really important. They have always been a focus. There has been an improvement but we need to do better.”

The report said that the pandemic had highlighted the “significant health inequalities” experienced by people with learning disabilities.

From April last year to March this year, covid-19 was the most common cause of death for adults with learning disabilities.

Since February, adults with learning disabilities have been eligible for the coronavirus vaccine – and locally, by April, 86 per cent of them had had their first jab.

The Health and Wellbeing Board – which includes councillors and representatives of the CCG, NHS trusts, voluntary organisations and Healthwatch – was given examples of people who had died during the pandemic. 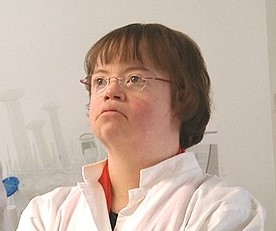 They included “Jack”, who died in hospital of covid-19. He was described as a “happy soul” who did not understand the need for such frequent hand hygiene during the pandemic.

Another example was a 42-year-old woman called “Ula” who died in hospital from pneumonia.

Her death was a result of complications linked to spinal curvature and swallowing difficulties.

CCG chief nursing officer Allison Cannon said that they often had difficulty swallowing and could end up with increased secretions in their lungs.

In the past year, 122 people with learning disabilities died across Sussex, with covid accounting for 29 of those. The average age of death for women was 59 while for men it was 58.

Reviews into deaths in Sussex found that three had received the highest score for quality of care while 21 indicated a good level of care.

Most reviews, though, found that people received “satisfactory care” and improvements were needed in end of life care.

A lack of face-to-face contact because of the coronavirus pandemic contributed to issues with care and support.

In two cases, the reviews considered poor quality of care to have had a “significant impact” on the person’s wellbeing.

Recommendations included ensuring people were not over-medicated and that doctors should review their medication annually.

Medics should also record more information in people’s notes about issues with swallowing.