Brighton and Hove cabbie jailed for sex attack on passenger

A Brighton and Hove taxi driver was jailed for seven and a half years for a sex attack on a woman passenger. 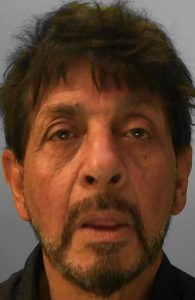 Sangsary had denied the charges but a jury convicted him of four counts of sexual assault after a six-day trial.

He will be a registered sex offender indefinitely and was handed a sexual harm prevention order, prohibiting him from working as a driver, even as a volunteer.

He would still be allowed to driver people known to him on a purely social basis, Sussex Police said.

The force said: “Sangsary, a licensed Brighton and Hove taxi driver at the time, was in his cab when it was hailed by the 38-year-old woman outside a club in Pool Valley, Brighton, in the early hours of Sunday 19 May 2019, and he drove towards Worthing where she lives.

“However, towards the end of the journey he repeatedly sexually assaulted her and she was only able to get away when the taxi was near her home.”

Detective Constable Angela Harvey, of the Brighton and Hove Safeguarding Investigations Unit, said: “We immediately began inquiries – and CCTV and ANPR (automatic number plate recognition), together with information from the victim and witnesses, soon led us to Sangsary.

“Everyone should feel safe in a licensed taxi and we are glad to have been able to help achieve justice for the victim who gave evidence in court that helped secure the verdict.

“Please always report sexual offences to us, we will always investigate and also ensure you have access to sources of further support and advice.”