The council’s alcohol licensing policy was likened to “prohibition” by a new delivery company applying for a 24-hour licence.

Getir wants to be able to deliver alcoholic drinks around the clock from its Hove depot but Brighton and Hove City Council would normally expect new “off-licences” to close by 11pm.

Its application for a 24-7 drinks licence went before a council licensing panel earlier today (Thursday 5 August).

Sussex Police licensing officer Hannah Staplehurst said that the force was concerned about potential deliveries to the central areas of Brighton and Hove.

The council has more restrictive policies in the central areas because of a “saturation” of licensed premises and high levels of alcohol-related crime and anti-social behaviour.

She told the virtual licensing panel hearing: “This area suffers from high crime and disorder and could include delivery 24 hours a day to party houses and Airbnbs within the city, which will see an increase in anti-social behaviour.

“Sussex Police also have concerns about the negative impact this will have on the city’s night-time economy and fears alcohol deliveries to residential properties will lead to a pull on our resources by encouraging already intoxicated persons to continue drinking, increasing their intoxication levels making them vulnerable to crime or likely to commit crime.”

Getir’s licensing consultant Chris Nixon, of Knight Training, said that the policy was designed for shops where customers visit in person, not people enjoying a drink delivered to their own home.

Mr Nixon told the panel of three councillors – Lizzie Deane, Dee Simson and Carol Theobald – that there was no link between delivering alcohol to people at home and high crime levels.

He said: “If you agree with the arguments put forward to you to refuse the licence, this is the prohibition of alcohol to Brighton’s residents.

“If you agree to restrict hours based on the evidence and the cases put before you, this is a restriction on the supply of alcohol forcibly against a particular business to a geographical area.

“There is no other word for it than prohibition. This is not what the Licensing Act is for.”

Mr Nixon said that he did not recognise the term “party house” and told the panel that the law allows a retailer to carry out a “responsible and legal sale” to people who are sober and can prove they are over 18. 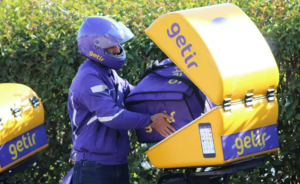 He added that the most popular item in its late-night delivery service was milk and, later at night, the core customers were people who worked in the emergency services and other shift workers.

Getir’s customers were required to include their date of birth and address before they could place an order, he said, while the company also restricted deliveries to home and business addresses only.

It employed its own drivers who were paid a salary, rather than working in the “gig” economy, and they were not given incentives or bonuses for speedy deliveries.