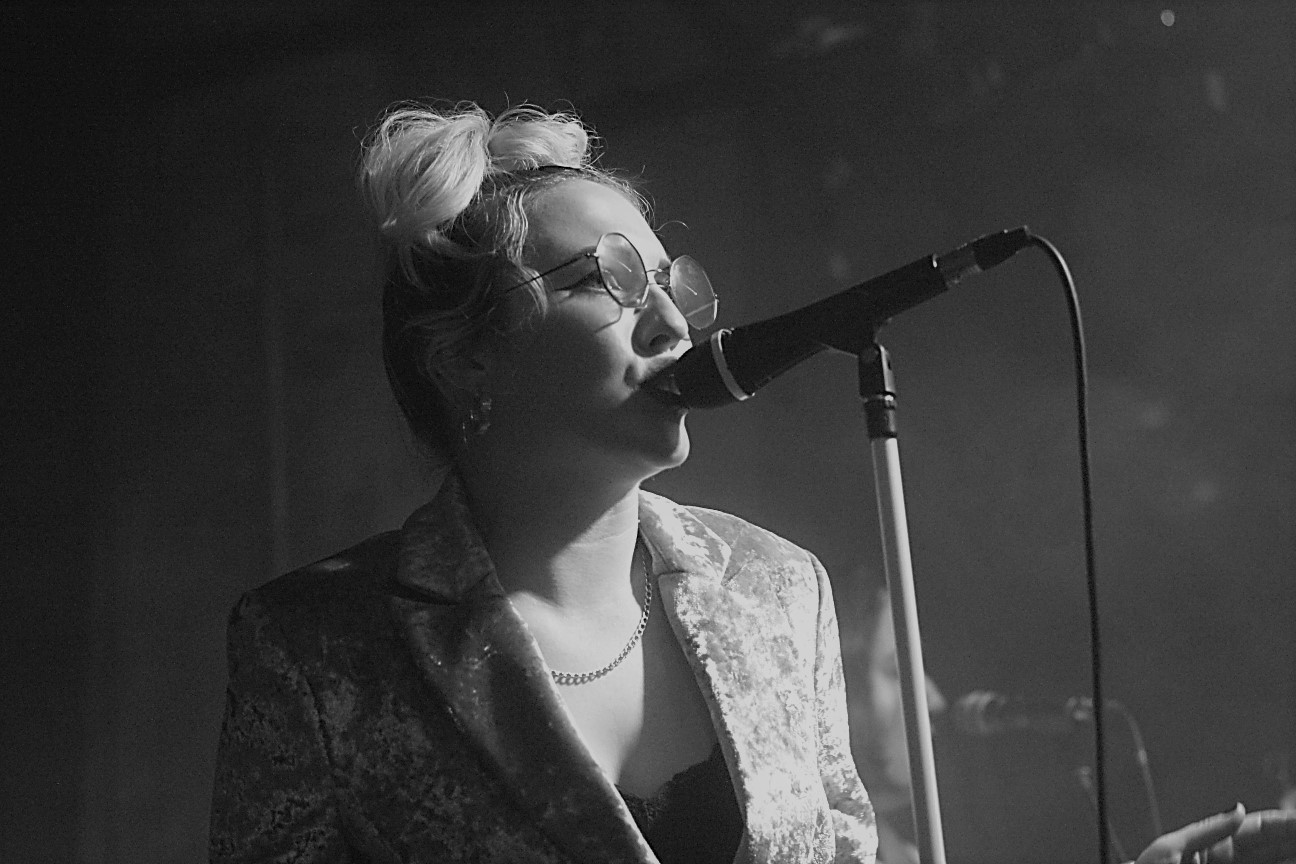 PINS made a welcome return to Brighton courtesy of those fine people at Melting Vinyl. This time around the trio headed up a show at the distinctive Green Door Store, which is located beneath Brighton’s main railway station. 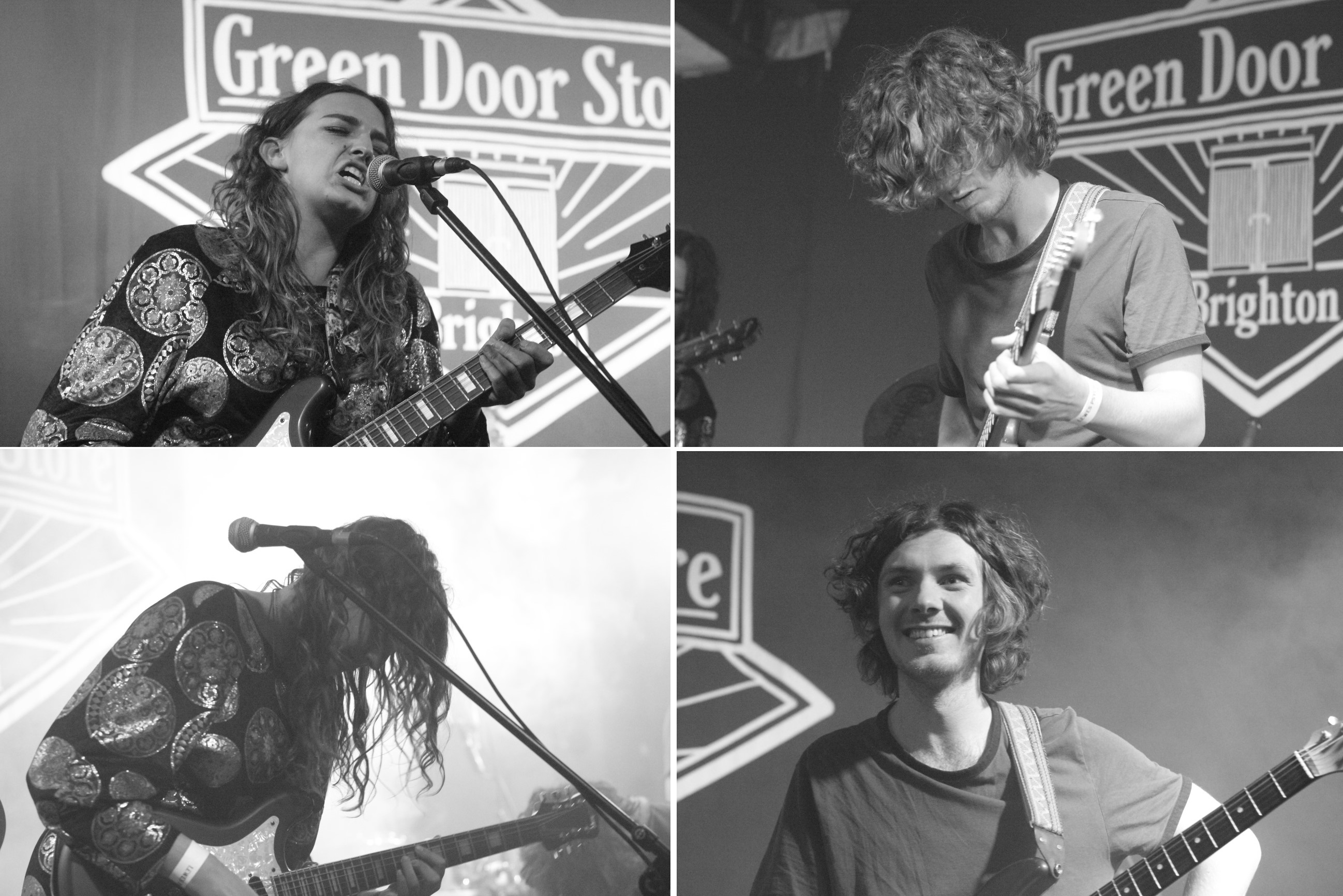 First up tonight were Brighton based quartet Mangö who hit the stage at 7:50pm. They were back playing at the same venue as they did for the ‘234 Fest’ last month. Read the Brighton & Hove News Music Team’s review of that event HERE.

Tonight Mangö offered up a fusion of jazz and psychedelia which they ably performed to a healthy appreciative audience. Their set concluded at 8:15pm.

You can find their work on Bandcamp HERE. 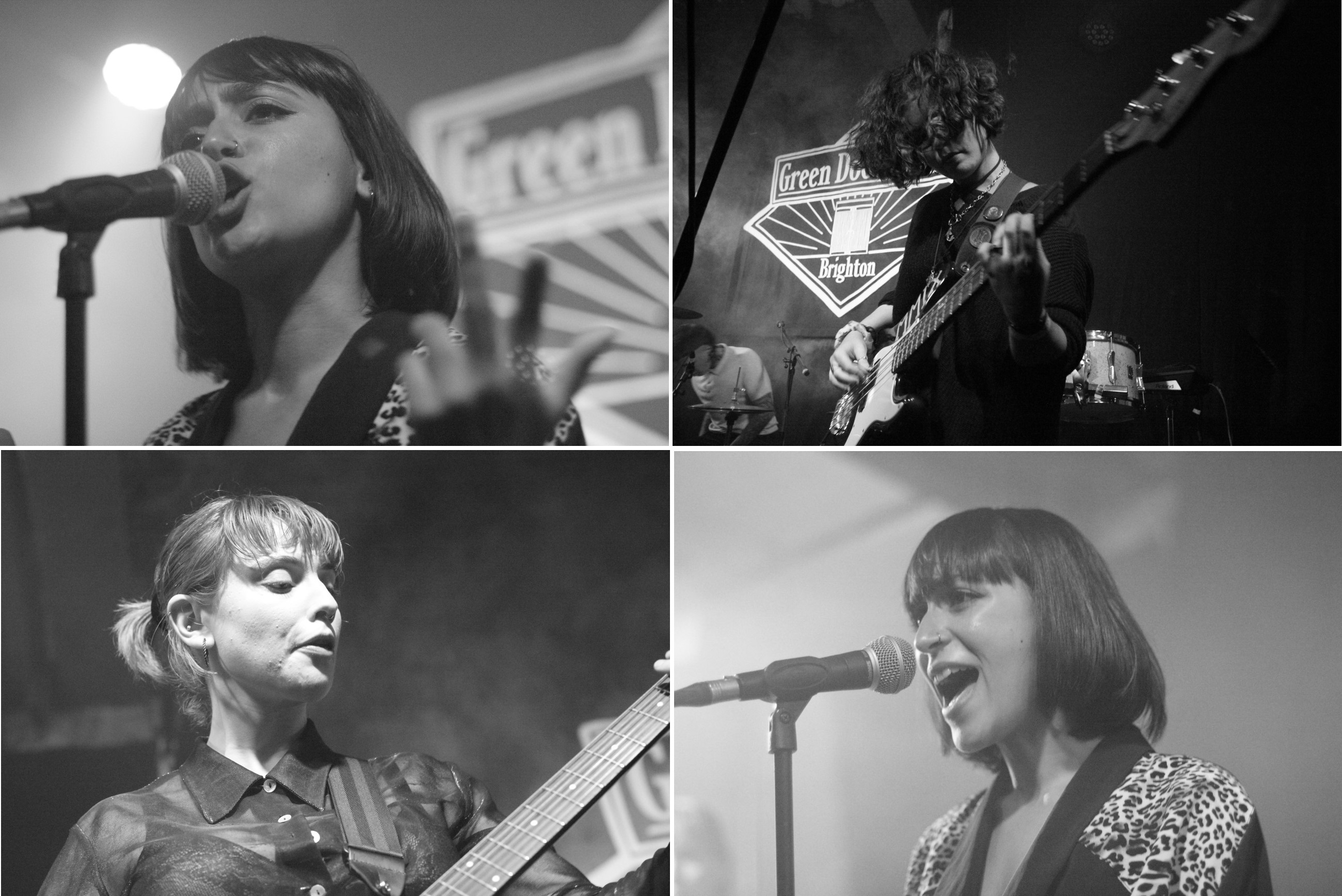 Next up and hitting the stage at 8;30pm were four piece ĠENN (pronounced Jenn) who were established when Leona (vox), Janelle (guitar) and Leanne (bass), a trio based in Malta, struck up an online friendship with British drummer Sofia. They are all now firmly rooted in and around Brighton.

They kicked off 2021 with the release of ‘Feel’ and ‘Mackerel’s Funky Mission‘, two singles from their new EP ‘Liminal’ via Everything Sucks Music. ĠENN have received consistent support from BBC6 Music, XS Manchester and Amazing Radio. Radio X playlisted both singles released this year and the band also had an Isolation session with John Kennedy.

This evening they went down very well and they obviously had a few fans in attendance. Their half hour set finished at 9:00pm.

Find out more about the band by visiting www.genntheband.com 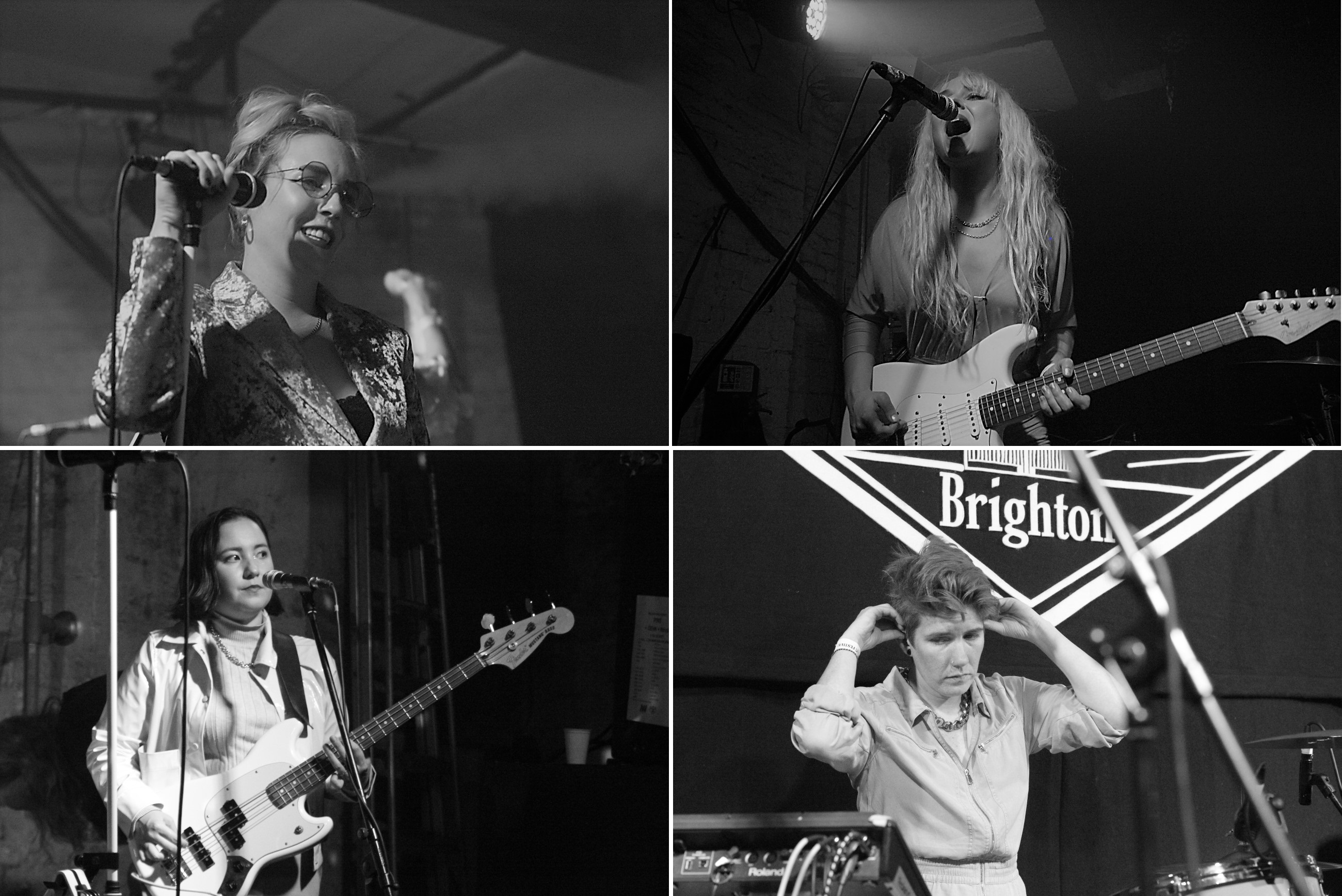 Manchester based PINS were founded back in 2011 as an all-female band spearheaded by singer/guitarist Faith Vern. Channelling 60’s girl group surf harmonies and post-punk garage their music has drawn comparisons to The Flatmates, The Darling Buds and Siouxsie Sioux.

Tonight, I would suggest that the girls were more than likely still buzzing from their support slot with the Kaiser Chiefs as well as Razorlight at the Manchester Castlefield Bowl back on 22nd September. 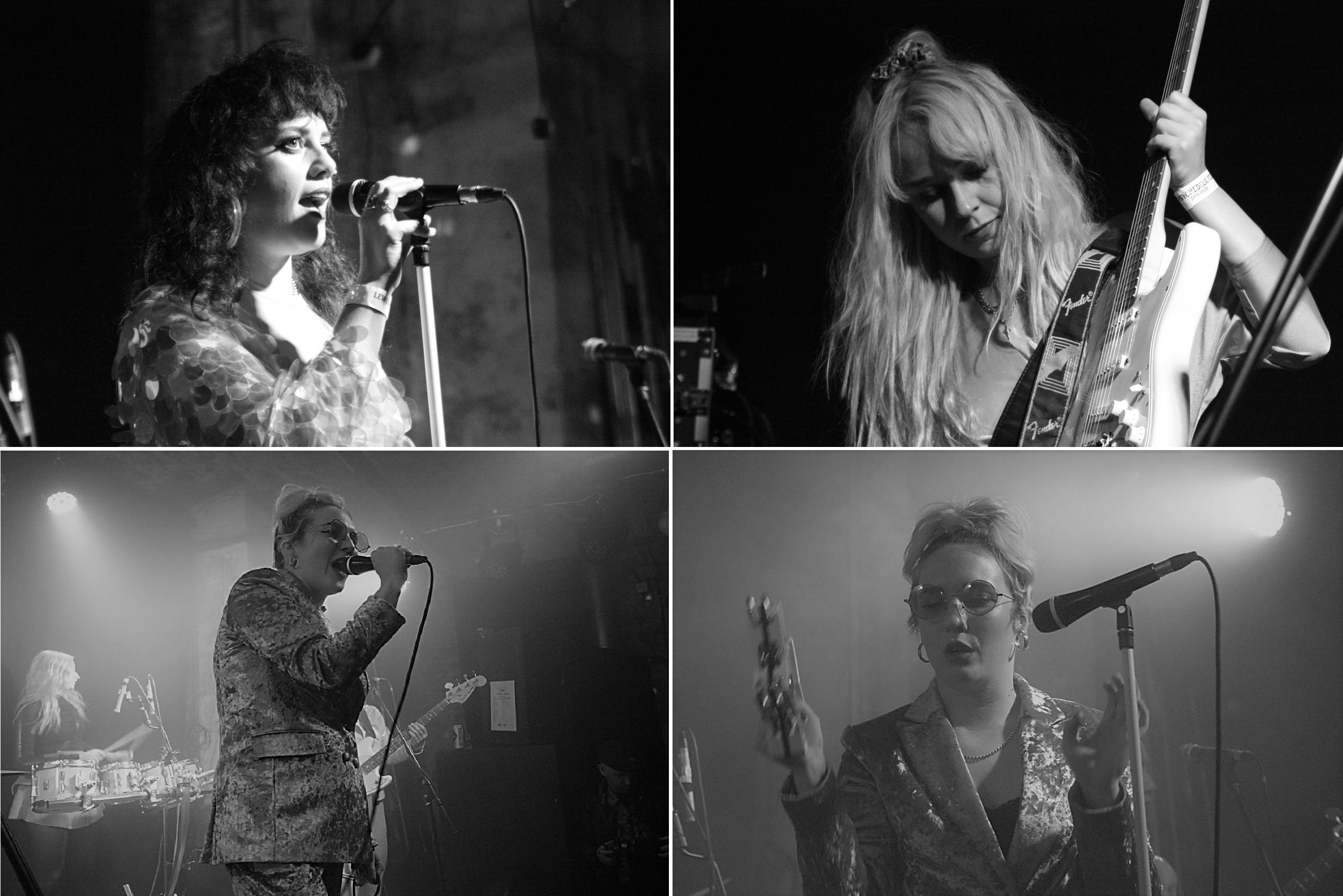 They hit the Green Door Store stage and it was obvious from the start that this was going to be a really enjoyable show. The band hit the grooves and people were dancing straight away to the title track ‘Hot Slick’ from their recent 2020 album of the same name.

For us this evening, they performed an 11 song set which contained a mixture of new material mixed with older songs. There was certainly no let up in the dancing in the venue tonight. Clearly PINS were having a ball and lead singer Faith Vern could not resist stepping down from the stage and joining in with us lot in the crowd. In fact, for the last song of the night, which was ‘Girls Like Us’, Faith invited the audience up onto the stage to join the band. 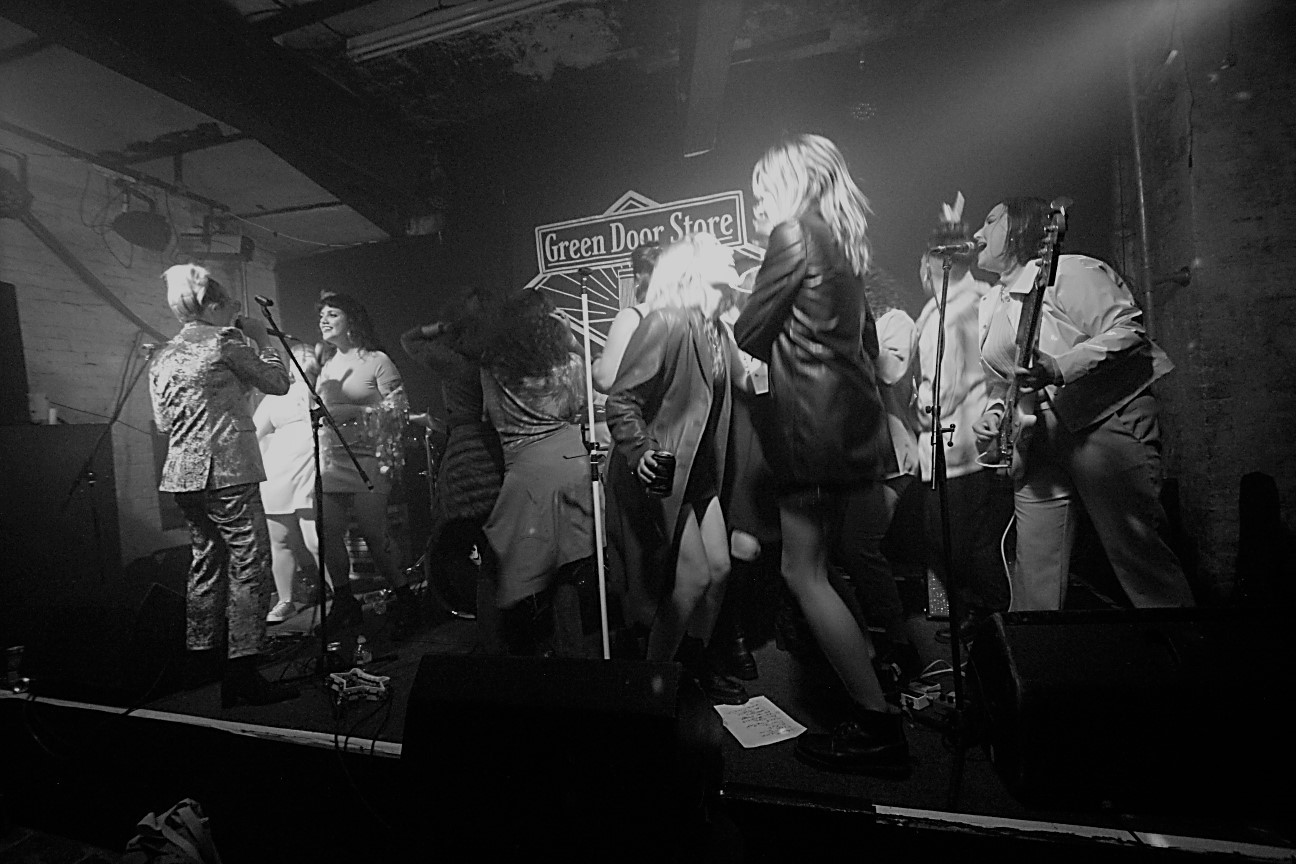 Close your eyes and the dance groves pumping out would remind you of New York’s 1970’s Studio 54. If only all Friday nights were like this!

Find out more about PINS at www.wearepins.co.uk 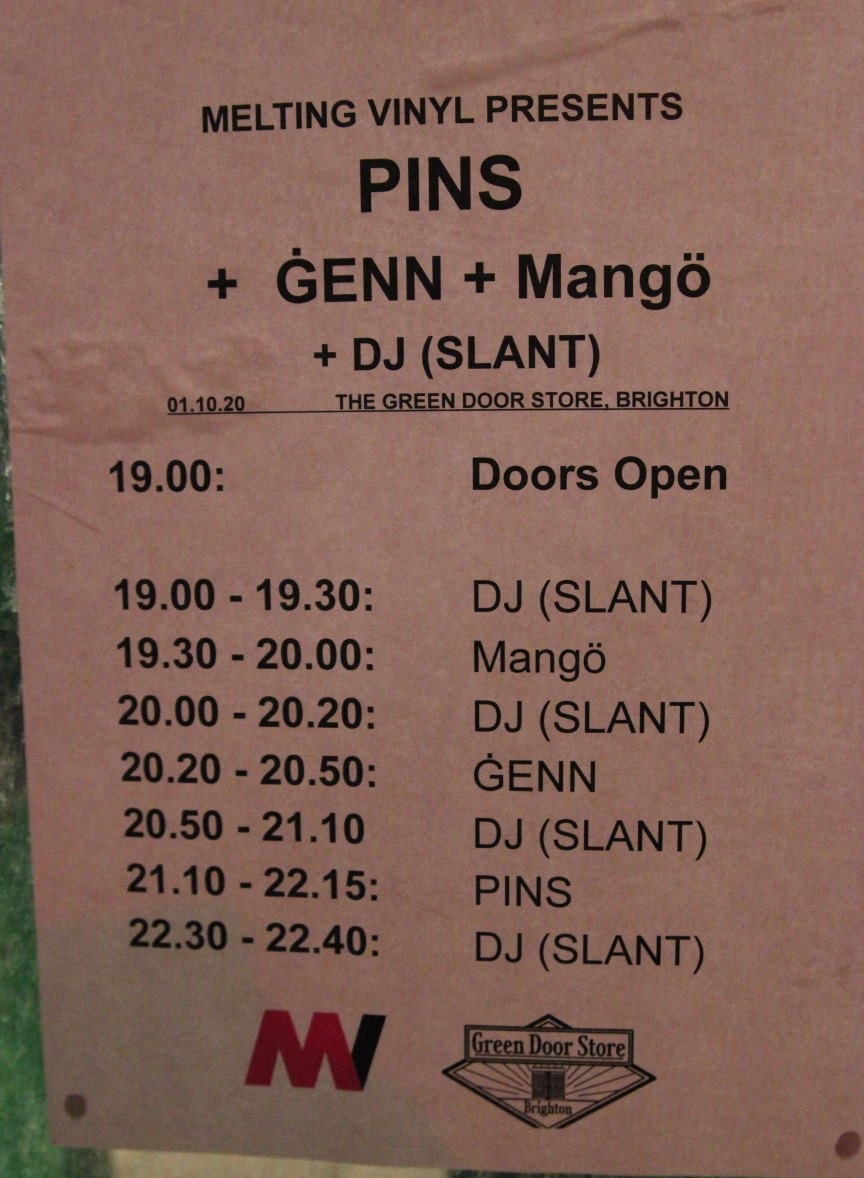