Human rights barrister Zimran Samuel, 36, from Brighton, has been made an MBE for services to victims of domestic abuse. 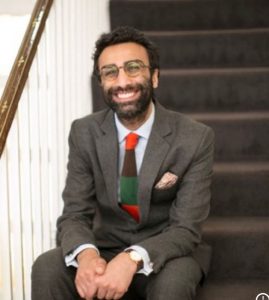 During the pandemic, from the first lockdown onward, Mr Samuel helped by working pro bono – unpaid – dealing with cases of domestic abuse and violence as the numbers increased.

He said: “I had no idea … It was a massive and genuine surprise. When I saw a brown envelope in the post, I thought that I might be in trouble.

“It is a privilege but not necessarily a reflection on me because there will be many people who don’t have recognition but deserve it much more.”

Mr Samuel has been instructed in a number of significant cases involving vulnerable adults and medical treatment decisions.

He has also had extensive exposure to care proceedings involving children who have suffered from non-accidental head injuries, long term neglect, sexual abuse and manipulated or fictitious illness.

During lockdown he helped abuse victims remotely which made it easier than usual to take on more cases despite the geographical distances between courts.

Mr Samuel is based at Doughty Street Chambers, London, and is a fellow at the London School of Economics (LSE) as well as an elected member of the executive committee of the Bar Human Rights Committee.

He won the young barrister of the year award in 2014, noted for his specialisation in international relocation, child abduction, forced marriages and female genital mutilation (FGM).

Mr Samuel said that he considered FGM to be the worst form of child abuse and over the past few years has worked passionately against FGM not only in Britain but in several other countries where it is still practised. 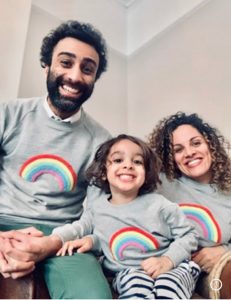 In the past he has helped the government with the legislation against FGM and has been instrumental in rescuing several children from this abuse by taking emergency court orders.

His book Female Genital Mutilation – Law and Practice has been extensively used by lawyers and law students.

Mr Samuel said that he had wondered whether to accept an honour, given how many other deserving people go unrecognised.

But family and friends said that it was a good way to highlight his field of work and how much work remained to be done.