A car-free city centre? Chamber of Commerce to steer the big debate

Business would be better in Brighton if we took cars out of the city centre – that’s the issue being discussed at the Brighton and Hove Chamber of Commerce Big Debate.

The debate is due to take place at City College Brighton and Hove, in Pelham Street, Brighton, from 6pm to 8pm tomorrow evening (Wednesday 22 October).

It is taking place as members of Brighton and Hove City Council await proposals to pedestrianise East Street at weekends after turning down a complete closure of the entire street to traffic.

The debate is to be chaired by media trainer and journalist Steve Bustin with four speakers making the case for and against a car-free centre of Brighton.

The chamber said: “Do we need cars to drive business in Brighton or are they setting our city on the road to ruin? 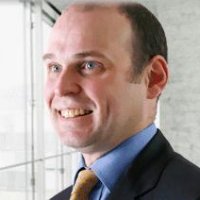 “Since the introduction of the 20mph speed limit in the city centre and some residential streets, the issue of driving in Brighton has become more of a talking point than ever.

“But how does it affect our businesses?

“In 2012, the Campaign for Better Transport named Brighton and Hove the least car-dependent city in the UK outside London.

“According to figures from the 2011 census, only 37.2 per cent of Brighton and Hove residents drive to work, compared with 60.8 per cent of people in the south east.

“But is our apparent willingness to walk, cycle or hop on a bus instead of drive a help or a hindrance to our commercial ambitions?

“Whether you think banning cars would step on the accelerator or slam on the brakes for your business, whether you think our transport system is as good as it can get or miles behind where it should be, we’ll be considering any aspect of this topic that matters to you.

“What about difficulties with goods vehicle access and deliveries, or staff parking spaces and costs?

“Or are these issues a small price to pay for making the city more attractive to businesses and new residents alike by striving both to lower pollution levels and cut the number of road accidents?

“With the advent of the London congestion charge, cycle to work incentives, ‘Boris Bike’-style schemes in towns and cities across the country, reduced speed limits in many city centres and residential areas, and controlled parking zones, the way we travel in the UK is changing.

“But are we changing too quickly, or do those changes not go far enough?

“Is there a need to completely transform our mind-set when it comes to transport? And if so, is Brighton at the front of the queue, or just along for the ride?

“And what does the future hold: low-emission zones effectively banning older petrol and diesel vehicles, a wholesale changeover to electric cars, banning cars completely from certain areas at certain times?

“What about the development of so-called ‘citizen-based travel’ through apps such as Uber, or even driverless vehicles?

“Make sure you’re at our Big Debate – however you get there.”

The event is free and open to Chamber of Commerce members and non-members alike. To reserve a seat, click here.