A Brighton councillor is writing the inside story of Caroline Lucas’s election as Britain’s first Green MP.

Ben Duncan, who worked as the Brighton Pavilion MP’s press officer for six years when she was an MEP, has turned to crowdfunding to pay for the book to be printed. 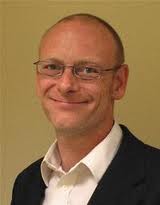 Councillor Duncan, a member of Brighton and Hove City Council, hopes that his book Fair is Worth Fighting For – named after the Greens’ election slogan in 2010 – will be published in April.

The 43-year-old journalist and writer stood for Parliament in the neighbouring Brighton Kemptown constituency in 2010.

He was elected as a Green councillor in 2007 and now sits as an independent. He promised to tell the truth in his “explosive” book.

Dr Lucas became the first Green anywhere in the world to be elected to a national parliament under the first-past-the-post system. The result, said Councillor Duncan, changed British politics forever.

He added: “We now have two UKIP MPs and the smaller parties have seen a surge in membership and support ever since.”

“I will explore how she did it and what it means for the future of politics, both here in Brighton and further afield, lifting the lid on such things as how the campaign was organised and funded, some of the political conversations going on behind the scenes and so on.

“Anyone interested in Brighton politics should find it fascinating – Greens who were involved, those campaigning against Lucas and interested ‘neutral’ observers.

“It was an important bit of history – a story, if you like, that needs to be told.

“And I can tell it, perhaps as well as anyone, from an insider’s perspective.

“After all, I am a trained journalist and writer, and was an integral part of the campaign team.”

He hopes to raise £1,000 in the coming four weeks to cover the cost of printing the book.

To find out more, including how to donate, click here.