The Liberal Democrats have chosen a candidate to stand in Hove at the general election in May.

The Brighton and Hove branch of the party has chosen Peter Lambell, a former member of Surrey County Council. 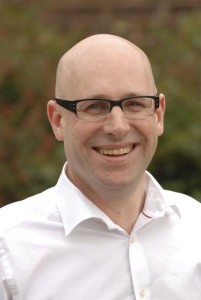 Mr Lambell, 47, from Betchworth, Surrey, won his seat from the Conservatives in 2009. But four years later the Tories won back the Redhill West and Meadvale seat, with Mr Lambell coming fourth behind the Greens and UKIP.

As vice-chairman of governors at a school for children with severe learning difficulties, he has a particular interest in education.

He served as a member of the council’s Education Select Committee and was the opposition spokesman on education.

As a councillor he worked to protect bus services from cuts and to ensure respite care for parents with disabled children.

Mr Lambell is an IT consultant who studied of Oxford Brookes University and the College of Law.

He said: “I am delighted to have been selected as the Liberal Democrat candidate for Hove.

“I am a passionate liberal and if elected will work hard to ensure we get a stronger economy and a fairer society for all.

“I look forward to working with the local party and to hearing residents’ concerns over the next few weeks.”

The Hove seat is currently held by the Conservative MP Mike Weatherley who is standing down. The Tories have chosen Councillor Graham Cox to run in May.

The Labour candidate is Peter Kyle. The Green candidate is Councillor Christopher Hawtree. And UKIP has selected Kevin Smith.

At the last general election in 2010 Mr Weatherley took the seat from the sitting Labour MP Celia Barlow.

The Lib Dem candidate Paul Elgood won 11,240 votes – or 22.6 per cent of the turnout. But a year later at the local elections Mr Elgood lost his Brunswick and Adelaide seat on Brighton and Hove City Council to the Greens.