A Brighton writer has turned to crowdfunding to stage his debut play in his home town’s newest theatre.

Simon Levenson has raised nearly half of the £1,650 that he needs to stage Mein Kampervan at the Rialto Theatre, in Dyke Road, Brighton, next month.

He has just over ten days left on the Kickstarter crowdfunding website – until Tuesday 17 February – to raise the rest.

To join the 22 people who have donated so far, click here. 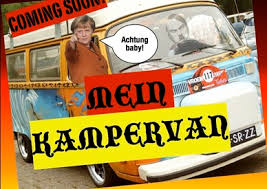 The musical comedy is being directed by Mark Brailsford, of the Treason Show, and scheduled for a six-night run with its premiere on Wednesday 11 March.

The posters describe the play as a comic musical odyssey. Hitler returns and German Chancellor Angela Merkel teaches him peace and love as they travel Europe in a classic Volkswagen campervan.

Mr Levenson said: ““The money raised will go towards the production and if it is a success then we hope to take the show to London and even Berlin.

“It’s all a bit of harmless fun having a laugh at the expense of the Germans. We can’t beat them at football any more so we do the next best thing and take the micky out of them and a few other politicians as well.

“The Rialto is a great new venue for theatre and music in Brighton and a lot of money has gone into renovating it. I’m delighted to have the opportunity of putting on a brand new show there.”

The show is scheduled to run from Wednesday 11 March to Saturday 14 March and on Friday 20 March and Saturday 21 March.