Albion threw away a one-goal lead after Lewis Dunk put them ahead from a Danny Holla free kick.

Just minutes later, after Joao Teixeira gave away a free kick, Seagulls keeper David Stockdale was caught flatfooted as Danny Collins flicked the ball past him and scored via the post.

Stockdale looked nervous and lacking in confidence and appeared caught into two minds whether to claim the cross or not. The keeper, who cost Albion about £1 million, appears to have difficulty with his positioning much of the time.

Albion showed all the attacking prowess in the first half. Holla hit the bar from a free kick from just outside the area and Gordon Greer should have done better when a Holla corner fell straight on to his head but he steered the chance well wide.

Forest looked lightweight before the break with Britt Assombalonga and Michail Antonio running around upfront but doing little else.

Albion may well have thought that they could get back on top early in the second half but that all changed when Rohan Ince brought down Antonio and Henri Lansbury lashed a free kick through the wall and Stockdale’s legs to put Forest in front.

Albion looked shell-shocked but were still playing well. Teixeira and the returning Kazenga LuaLua, who replaced the injured Solly March, enjoyed much of the possession.

But despite Chris O’Grady playing well again and holding the ball up excellently, Albion couldn’t create the chances to equalise.

Joe Bennett was also getting involved the attack and linking up well with Teixeira.

But all Albion’s possession came to nothing with four minutes left. Ben Osborn met Chris Burke’s cross and the ball went through Stockdale’s legs to put Forest 3-1 ahead.

Albion introduced Beram Kayal and he scored five minutes into his debut with a deft glancing header from a LuaLua corner to put Albion back in it.

Bennett had a shot well saved by Karl Darlow, the ball hitting the post and rebounding back off the Forest keeper to safety.

Before the end Kayal hooked a shot goalward which hit the underside of the bar and bounced clear with two Forest men on the line.

On this evidence Albion need to freshen up in certain areas and ignore price tags.

The Seagulls next take on Cardiff and former boss Russell Slade in Wales on Tuesday night (10 February).

1) Not only do the former European champions have Dougie Freedman as their new boss, they also have the experience of Lennie Lawrence and Steve Sutton to assist him.

2) Kazenga LuaLua appears to have shed a few pounds since his last appearance for Albion back before Christmas.

3) Beram Kayal has now scored half as many goals for Albion as he did in 86 appearances for Celtic. And almost equalled his previous tally right at the end.

4) Chris Hughton is beginning to experience the difficulties Sami Hyypia had. Lack of investment in the back four and no proven goalscorer.

5) Many Albion fans don’t appear to have the heart for a relegation fight, with thousands streaming out of the stadium after Forest’s third goal. As seen below 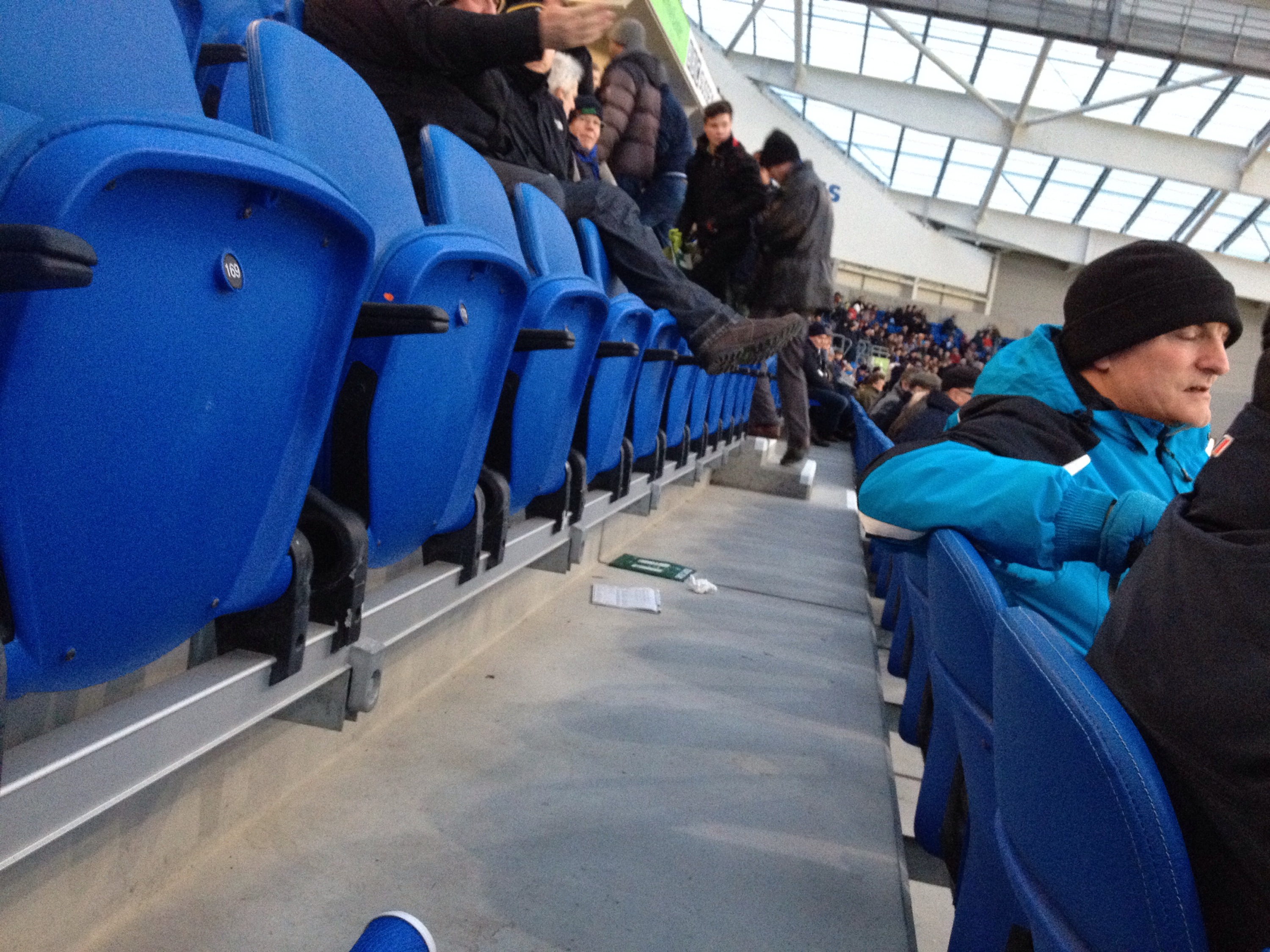