Albion moved clear of the Championship relegation zone after comprehensively beating Leeds with goals from Sam Baldock and Inigo Calderon.

Although Leeds forced a corner after just 30 seconds, Albion were just as quick on the attack as the game progressed.

Albion were attacking Leeds with purpose. The combination and speed of Teixeira, Mackail-Smith and Baldcock causing the Yorkshiremen problems all night.

It was Calderon who fed the ball to Mackail-Smith to cross for Albion’s opener. Baldock managed to slide the ball under the on-rushing Marco Silvestri to put the Seagulls in front on 26 minutes.

For Leeds, Steve Morison looked to have the better of Gordon Greer in most aerial battles and former Albion target Rudolph Austin was causing a few problems on the rare occasions when Leeds did get forward.

Albion came through their toughest test of not conceding within five minutes of scoring and led at half time.

It became apparent soon into the second half that Teixeira would be the man of the match. Time and again he created chances for Baldock and Mackail-Smith, with Silvestri’s heroics seen by Leeds fans at Middlesbrough the previous weekend again evident at the Amex.

Kayal has been a revelation in Albion’s midfield since joining from Glasgow Celtic in January. The Israeli was instrumental in Albion’s second goal as his cross was deflected by what appeared to be the face of Calderon to double Albion’s lead.

After this the Seagulls were all over Leeds at times, with Silvestri called upon to foil Baldock and Mackail-Smith from a tight angle.

The Seagulls had the rub of the green as Lewis Dunk’s head-high challenge on Edgar Cani went unpunished.

David Stockdale oozed confidence and his handling, especially taking crosses, was assured all night with Rohan Ince tidying up where necessary.

Before the end a goalmouth scramble saw Silvestri hook a Teixeira shot on to the bar and then claw out substitute Chris O’Grady’s tight angled drive.

In time added on Teixeira, when clean through, hit the left hand post.

It was a superb Albion performance. The side’s next match is at Bolton on Saturday (28 February).

The Seagulls have now taken six points from their past two home games and move six points clear of the relegation zone.

Sharon Fenton, managing director of Portslade-based Precision Metal Products, was lucky enough to get a picture with Joao Teixeira after the match. 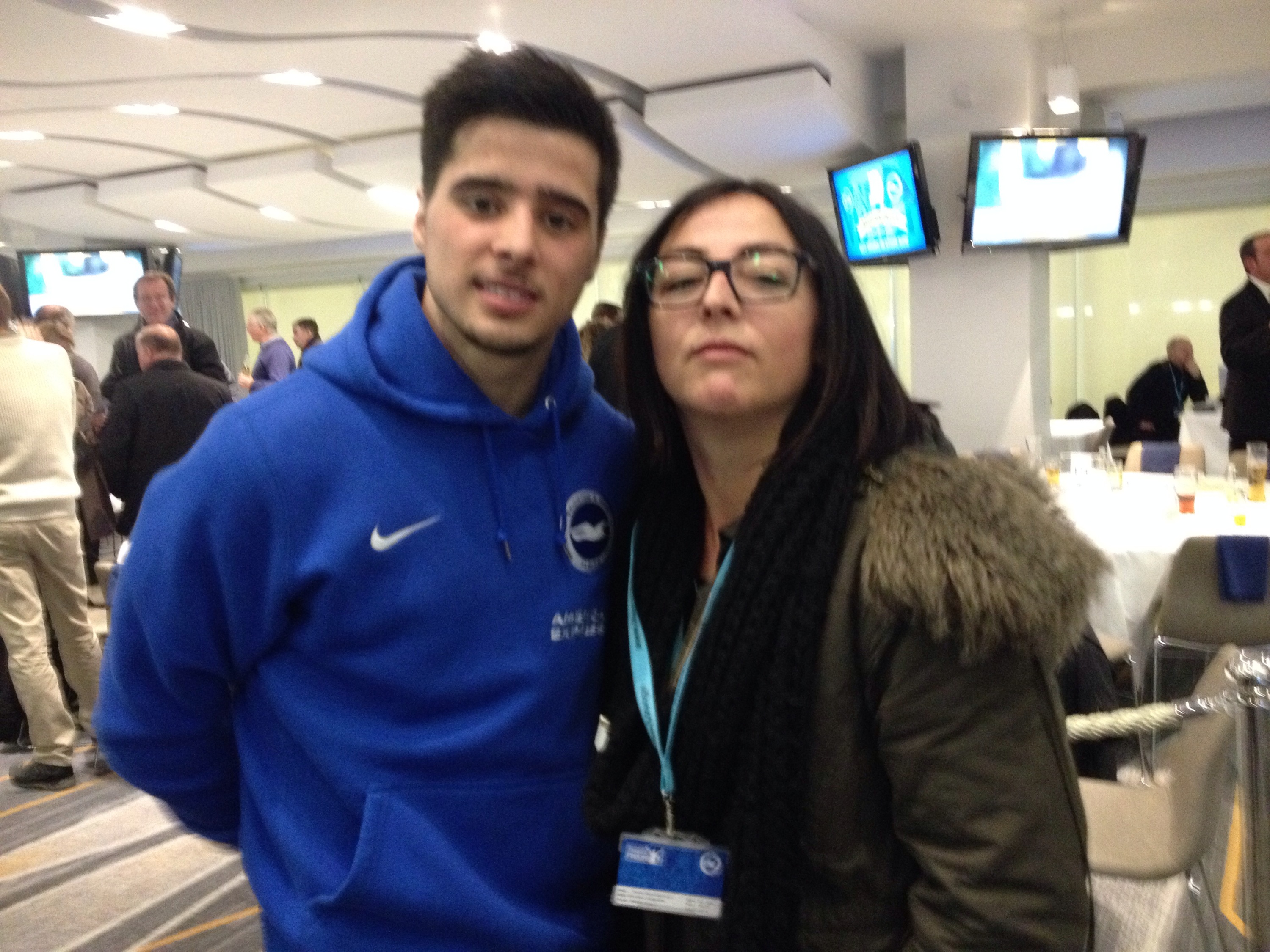 Missing girl could be in Brighton