First Archdeacon of Brighton and Lewes licensed in cathedral ceremony

The first Archdeacon of Brighton and Lewes has been licensed in a ceremony at Chichester Cathedral.

The Reverend Martin Lloyd Williams has now formally taken up his role as fourth archdeacon in the Diocese of Chichester. 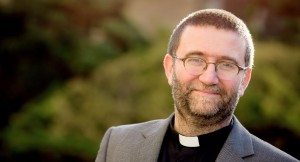 The diocese said it was now “the first time in three years all the full-time posts of those who serve the diocese as members of the bishop’s staff will be occupied”.

The new archdeacon was ordained as a priest in 1994. He was the rector of St Michael’s Without in the centre of Bath for the past 17 years.

And for the past four years the married father of three has also served as the Rural Dean of Bath.

Archdeacons work with deaneries in the diocese in tandem with the bishops – and they help with the day to day running of the church through its boards and committees.

The commission of Gabrielle Higgins to the role of diocesan secretary also took place during Evensong yesterday (Sunday 1 March).