A Brighton mother has launched a campaign to get a crossing across a busy road which is a popular route to school for hundreds of children. 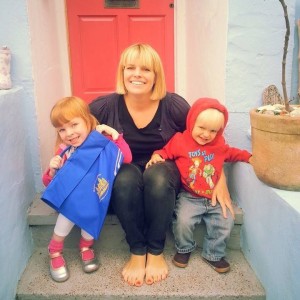 Faye Bridgewater’s daughter Dotty attends St Luke’s Primary School, and since the family moved to the other side of Freshfield Road, she has been appalled at how difficult it is to cross the road.

She says the road is used by lorries from both the Freshfield Road Industrial Estate at the bottom and the racecourse at the top.

Now, almost 500 people have signed a petition calling for a crossing on the road between the junctions with Queen’s Park Terrace and Cuthbert Road.

Mrs Bridgewater said “It seems so silly that I’m having to petition the council for something so sensible.

“It’s clearly a busy road that lots of people need to cross. It’s an historical problem and parents have been asking for a crossing for years.”

The petition has also been supported by the head of St Luke’s Primary School Jonathan Cooper, who said he hoped it would encourage more children to walk to school.

He said: “Anything which could improve the journey to school and make it safer is very important. As a school we want to make sure pupils arrive safely.

“We have too many children arriving at school in cars, which leads to double parking etc. Hopefully this will encourage more children to walk to school.”

As well as an active social media campaign, she has been assisted by local Queen’s Park Labour council candidates Karen Barford and Adrian Morris and parliamentary candidate Nancy Platts.

Ms Platts said “There’s a clear need for a crossing at this location, Faye is a mum on a mission and I think the the Green-led Council need to respond to the genuine concerns of local parents”

Karen Barford Queens Park Labour council candidate said; “As a mum and grandma, I know all too well the dangers of crossing busy roads with little ones, which is why I fully support such a worthy campaign.

“I am inspired by local resident Faye Bridgwater who demonstrates such passion and commitment to improve safety on Freshfield Road for the benefit of local people.”