A Brighton school has banned camera watches because of safeguarding fears. 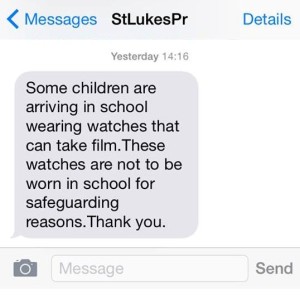 The sophisticated children’s toys were named as one of last year’s must-have Christmas gifts for primary age children, and are capable of filming and editing video and pictures as well as playing games.

But after several children took them into school, St Luke’s Primary School in Queen’s Park Rise sent a text to parents asking them not to be worn.

It read: “Some children are arriving in school wearing watches that can take film. These watches are not to be worn for safeguarding reasons. Thank you.”

One St Luke’s parent said: “I received the text from St Luke’s about the video watches, I didn’t even know watches could do such things!

“However I think it’s for the best not to have them in school.” 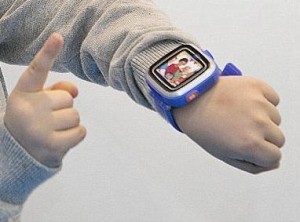 He said: “I wouldn’t give a young child access to that sort of technology at that age. Children are in school to learn and unless it’s of education benefit, it has no place in the classroom.

“It’s a positive thing to introduce children to these technologies but in a controlled environment where they’re not going to make any poor or misguided decisions.”

However, he also warned that it was easy to get distracted by new technologies and stop focusing on the real problem – the bullying itself.

And he said it was important to teach children how to use technology safely and appropriately rather than imposing a blanket ban.