One of the founders of the campaign to stop cuts to Brighton and Hove’s children’s centres has announced she is to stand in the upcoming local elections. 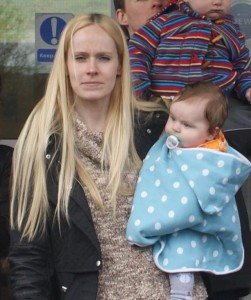 Leila Erin-Jenkins is intending to stand in her home ward of Moulsecoomb and Bevendean for the Left Unity party and says if elected, she will carry on the fight against cuts to local services.

She has also pledged to carry on her campaign against any future cuts to children’s centres, and is hoping to join with other anti-austerity campaigners in the city.

She said: “I noticed that a lot of the councillors who took an anti-cuts stance aren’t standing for re-election this year.

“We need to have people in the local council who will be voting against budget cuts. I do really strongly believe that you do have to stand up and say no.

“The government is hiding behind austerity as a way of penalising the poor. People can talk about having to make difficult decisions, but why do we when the gap between rich and poor people in this country is so large?”

She points to the £25million in cuts the city has had to find through service reductions this year, in particular a million pounds lost from the children’s social services budget.

And she says it’s likely children’s centres will face deeper cuts next year.

The addition of Mrs Erin-Jenkins will make the battle in Moulsecoomb and Bevendean even more interesting.

Existing councillor Leigh Farrow was suspended from Labour over allegations of improper behaviour and has since joined UKIP, for whom he will be defending his seat in May.