Four-year-old girl bitten in the face by dog

A four-year-old girl was bitten in the face by a dog in Brighton while waiting outside shops in Whitehawk. 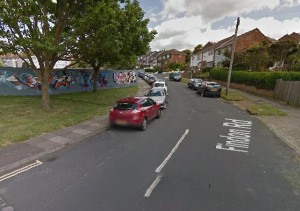 The girl was outside shops with her older sister in Findon Road, at around 6.30pm on Thursday (April 9) when the dog bit her, causing a single puncture wound to her upper lip. She was treated at the Royal Alexandra Children’s Hospital in Brighton.

The dog has been described as a Staffy-type that was off the lead with two similar dogs – two were black and one was white.

They were with a man described as white, in his 50s, with bright purple hair and a brown moustache.

Anyone who witnessed the incident or recognises the description of the owner and his dogs is asked to email 101@sussex.pnn.police.uk or call 101 quoting serial 1287 of 09/04.