Have you seen missing teenager Mustafijur Rahman in Brighton?

Officers from Sussex Police believe that the 16-year-old may be in Brighton.

The force said: “Police are increasingly concerned for the safety of teenager Mustafijur Rahman, who has now been missing from his home in Littlehampton for almost a fortnight. 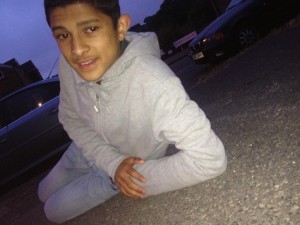 “It is thought he may be in the Brighton area and police have renewed an appeal for anyone who may have seen the 16-year-old or who knows of his whereabouts to contact them without delay.

“Mustafijur, also known as Mus or Mustafa, has previously been reported missing twice over recent weeks.

“He had been found staying at an address in Horley but on Good Friday (3 April) he disappeared again.

“He had left with a friend at 4pm with the intention of being picked up from the Sainsbury’s petrol station in Bonehurst Road to go to Redhill but he failed to make the rendezvous and it is not known what his movements were after that time.

“Mustafijur has turned off his mobile phone and police are unable to make contact with him.

“He is known to have friends and contacts in Littlehampton and Brighton.”

He was described as Asian, 4ft 2in to 4ft 6in tall, slim and of small build. He has short black straight hair and brown eyes.

He was last seen wearing a grey hooded top, grey tracksuit bottoms, a black waterproof jacket and he was carrying a black rucksack.