A dangerous “miracle” drink which a former Scientologist claims can cure anything from the common cold to Ebola could be on sale in Brighton this weekend. 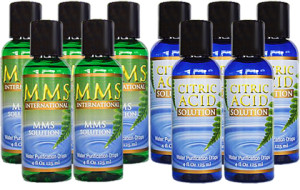 Trading Standards has warned people not to take Miracle Mineral Solution as it is actually a bleach-strength corrosive chemical which could cause respiratory failure.

Officers are worried MMS, and another called Chlorine Dioxide Solution (CDS), could be on sale at a Spirit of Health Congress held at an undisclosed location in Brighton on Saturday and Bank Holiday Monday.

It is touted as a cure for autism, AIDS, malaria, herpes, TB and a host of other diseases by Jim Humble, a one-time gold prospector from Las Vegas who describes himself as an archbishop of his own church. 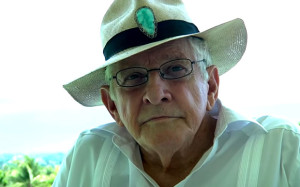 He will be appearing by Skype at the conference on Monday.

Brighton and Hove City Council warns MMS is a 28% sodium chlorite solution, which is equivalent to industrial-strength bleach.

A spokeswoman said: “When taken as directed it could cause severe nausea, vomiting and diarrhoea, potentially leading to dehydration and reduced blood pressure.

“If the solution is diluted less than instructed, it could cause damage to the gut and red blood cells, potentially resulting in respiratory failure.

“Although CDS is a more dilute product and not as potentially dangerous as MMS, it could irritate and damage the skin and gastrointestinal tract if swallowed.

“Other similar products containing chlorine solutions in varying strengths are available. These should also be avoided.

“Anyone who is aware of these products being sold should contact their local Trading Standards team on 03454 04 05 06.

“Anyone who has any of these products should throw them away. If someone has consumed MMS, CDS or similar products and feels unwell, they should consult their doctor.”