A Brighton man has been sent to prison for harassing his ex-partner.

Gavin Collett, 31, of no fixed address, pleaded guilty when he appeared at Brighton Magistrates’ Court on Saturday (2 May).

He admitted harassing a woman with unwanted phone calls and texts, driving without insurance and two offences of criminal damage.

Collett, who used to live in Freshfield Road, Brighton, was sentenced to 72 days’ imprisonment and disqualified from driving for a year.

The sentence included periods relating to previously suspended sentences from last year for going equipped to steal and assault by battery on the manager of a fast food restaurant in Shoreham. 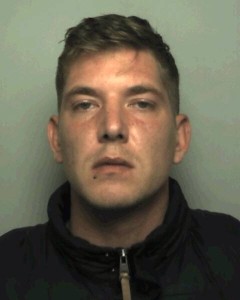 Detective Constable Paul Hitchcock, of the Brighton Safeguarding Investigations Unit, said: “Gavin Collett is clearly a violent individual, not just to his ex-partners but also to other members of the public.

“Magistrates issued a restraining order to protect his latest victim, and he now has a total of seven such orders made in respect of seven women who he has met in Sussex through online dating websites.

“The restraining orders are still in place and we hope that this prison sentence will help Collett reflect on what the future may hold for him if he does not now desist.

“We are increasingly finding that people will not put up with this sort of behaviour.

“If you or anyone around you is experiencing harassment, contact us via 101@sussex.pnn.police.uk or call us on 101 and arrange to speak in confidence to experienced detectives.

“If the behaviour is happening right now, don’t wait, dial 999.”

If you have suffered abuse or crime, you can also contact the following organisations for support: