Labour has won Hove from the Conservatives, with a slim majority of 1,234. 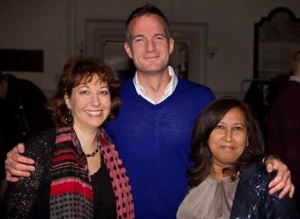 Peter Kyle said: “It’s been great to see so many people voting today.

“My agent says the election officers have acted with professionalism, empathy and warmth and I’m grateful for that.

“I’d also like to pay tribute to all of my fellow candidates. And the biggest thanks to the people of Hove and Portslade.

“This is a huge honour and I promise to work every day to repay the trust you’ve placed in me.

“I’ve been standing on the shoulders of volunteers day in and day out over the last few years.

“I believe change is possible because I’m an optimist and I believe we can have a better future.

“I will be your MP whether you voted for me, someone else or not at all. Housing, protecting public services and doing better for our young people will be my priorities.”