A city planning expert has warned Brighton and Hove could be facing a shortage of office space despite a property development boom. 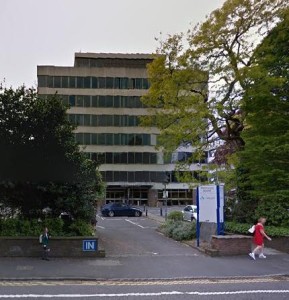 Property researchers Groundsure last month named Brighton as the area with the highest number of planning applications per sq m outside the capital.

But planning consultancy Stiles Harold Williams (SHW) says recent changes allowing offices to be turned into homes and the prospect of a low commercial rental return on high construction costs means office space is at a premium.

Associate Emma Hards said of the situation: “We are having to turn potential occupiers away because of the shortage.

“The overall property development picture may be rosy, but we are suffering from a lack of supply which needs to be addressed if the economy of the city and employment levels are to flourish over the next decade or so.”

SHW says there are several reasons for the squeeze on commercial space, including:

The council has successfully exempted parts of the city centre from the relaxation of permitted development rights, which allows developers to change offices to housing without planning permission.

But new applications are made almost every week for sites elsewhere in the city, with 15 submitted to Brighton and Hove City Council since January this year.

Two of the largest, to convert Prestamex House in Preston Road into 63 flats and Crown House in Upper North Street into 45 flats, have been approved.

And an application recently submitted to turn the Gemini Business Centre in Old Shoreham Road, Hove, into 35 flats is currently under consideration.