Hove man sentenced to life for stabbing neighbour in the head

A man has been sentenced to life imprisonment after pleading guilty to an attempted murder in Hove. 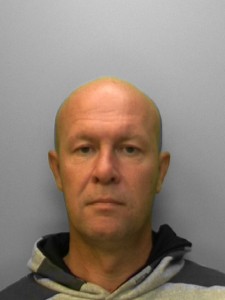 Williams pleaded guilty and was sentenced by Judge David Rennie to life imprisonment with a minimum tariff of 16 years.

He had got to know his neighbour over the previous few weeks, and was in her flat that evening watching while she played viseo games on her computer.

For some reason unknown he suddenly hit her on the back of the head, punched her to the head, pushed a pillow over her face and stabbed her several times to her head and body with a six inch bladed knife. He then stopped and went back to his own flat where officers arrested him minutes later.

The victim’s injuries were initially assessed as life threatening,and special operation had to be carried out to remove the tip of the knife from her skull. However she eventually recovered, and now lives elsewhere in Brighton.

Detective Constable Leianne Blampied said; “There was no apparent motive for the frenzied and vicious attack, which nearly resulted in the victim’s death.”

At the time of this offence, Williams was on Life Licence authorised by the Parole Board, having been serving a sentence for the manslaughter of a 17-year old girl known to him in Hastings in 1986.