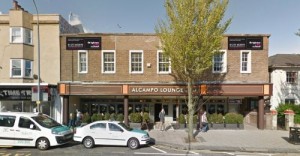 The premises will be open from 1 July, 2015, and the school hopes it will help boost its reputation as a world-class teaching institution.

It will be used by more than 500 full time and part time students a year after refurbishment is complete in September.

Andrew Green, Chief Executive of Brighton Film School said: “This is a proud moment and a significant investment in the future of the school for our students and the staff that work here.

“These premises will be a stunning new home for our wonderful film school – delivering world class education and training for those who wish to work in the film industry. “

Gary Barber, Head of Brighton Film School said: “This is an important development for not just us, but for Brighton and the UK film industry.

“The last three-plus years since we re-launched Brighton Film School have been an amazing journey and since we bought we have seen massive growth and development of new courses, more students and the development of a very high quality training school for the film industry.

“We were already recognised as one of the top film schools in the UK and now this takes us to the next level and we look forward to welcoming the next generation of filmmakers.”

Work has begun immediately on the refurbishments, with the new cohort of Filmmaking HND, Set Design for Film and TV HND and Cinematography and Directing Diploma students set to start their studies there in September 2015.

As well as the regular teaching team, who all work in the British film industry, Brighton Film School welcomes guest lecturers from industry.

For more information or to apply for a course click here.