Can you help capture wanted man with Brighton links?

Police have appealed for help catching a wanted man who has links to Brighton. 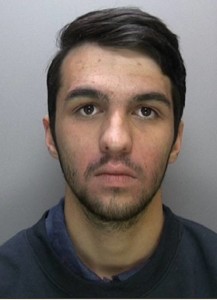 Kallam Nicholas, 20, is wanted for recall to prison after breaching the terms of his release licence.

Sussex Police said: “Nicholas was jailed for 18 months in September last year for affray but was released on licence in March.

“A £250 reward has been put up for information that leads to his arrest.”

PC Mike Stone said: “We do not know where Nicholas is but he has previously lived in Crawley and Worthing and has links to Brighton.

“He lived for many years in Crawley and still has family and friends there.

“If you have seen Nicholas or have any idea where he could be, please contact us.”