Brighton police is stepping up patrols around Queen’s Park after needles were found in the playground several times over the last month. 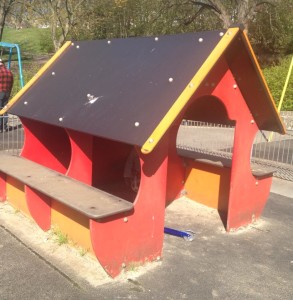 Officers are also visiting premises around the park suspected of dealing drugs in a bid to nip the problem in the bud.

St Luke’s School has also sent out a warning message to parents advising them to be vigilant when visiting the park with their children.

Sergeant Christopher Durrant said: “We have got patrols of PCSOs and PCs pay regular visits to the area.

“Central Brighton is having problems all over the place unfortunately and being a park it’s a natural environment for drug users and suppliers because they have got access to get away from us. We have similar issues at The Level and Pavilion Gardens.

“We are looking at addresses in the area which may be supplying drugs – if you have premises which are supplying, users then migrate towards them then into the park and use the drugs they’ve scored and then the needles and paraphernalia get left behind.

“We have really been aware of it getting worse in the last month or so as the weather gets better. It’s more visible as people are out in the parks more so it gets reported more to us.

“We do have problems on an annual basis.”

The needles are often found behind the toilets or by the playhouse in the park’s playground. If you find discarded needles, don’t touch them and call police on 101 or Cityclean on 01273 292929 to get them removed.