Police identify the dead man pulled from the sea in Brighton

The man who died after going into the sea in Brighton at the weekend has been named as Thabo Gwemende.

The 22-year-old entered the water near the Palace Pier at about 7am on Saturday (13 June). 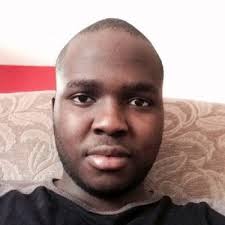 His friend raised the alarm, prompting a search by the RNLI Brighton lifeboat, the coastguard, Sussex Police and others.

Mr Gwemende, from Earlswood, in Redhill, was found and brought ashore about 45 minutes later, close to the Peter Pan’s Playground site.

The force said today (Tuesday 16 June): “A man who died after he swam in the sea near Brighton’s Palace Pier on Saturday morning (13 June) has been named.

“He was Thabo Gwemende, 22, of Talfourd Way, Redhill, Surrey.

“Just after 7am on Saturday police and coastguards were called to Madeira Drive, Brighton, after reports that a black man had gone swimming in the sea east of the pier and had disappeared.

“Sea conditions were rough and a strong easterly current was flowing.

“A search was started and at 7.45am a man, since identified as Mr Gwemende, was seen in the sea approximately 1,000 metres east of the pier.

“Coastguards managed to pull the man from the water and efforts were made to revive him but he was later pronounced dead at the scene.

“The coroner has been informed.”