Retired priest jailed for abusing boy in Portslade 40 years ago

A retired Church of England priest has been jailed for sexually abusing a boy in Portslade about 40 years ago.

Robert Coles, 74, was sentenced to 16 months in prison by Judge David Rennie at Hove Crown Court on Friday (12 June).

Coles admitted eight charges of indecently assaulting a boy under 16. All the offences relate to the same boy whose family were originally from Portslade. 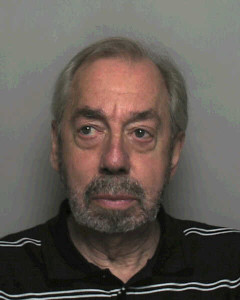 Four of the offences took place at the vicarage in Foredown Drive, Portslade, where Coles lived and worked at the time.

The sentence will run consecutively to the eight-year sentence imposed on Coles two years ago at Brighton Crown Court.

Detective Inspector Jez Prior, from Sussex Police, said: “Coles’ first conviction and sentencing two years ago was the culmination of a long and complex investigation, following information we received from the Diocese of Chichester, who have given their full co-operation throughout that case and the latest case. We were glad to be able to achieve justice for those three victims.

“But following the media coverage given to that case, the latest victim, now in his early fifties, felt he had to come forward and disclose what had happened to him.

“The CPS agreed that it was in the public interest to bring these offences before the court and evidence was so clear that Coles had no choice but to admit his guilt.

“We admire the courage of victims who summon up the resolve, however long after the events concerned, to provide evidence and to be ready to give it and if necessary face giving that evidence and facing cross-examination in court.

“We will always take such reports seriously and we will investigate and recommend prosecution whenever the circumstances merit it.”