Sussex Police said that officers were concerned for the welfare of a teenager who has gone missing and who may be in Brighton and Hove.

Lacey Easen, 16, who comes from Brighton, hasn’t been seen since last Saturday night (20 June) when she went to bed at the address in Worthing where she has been living. 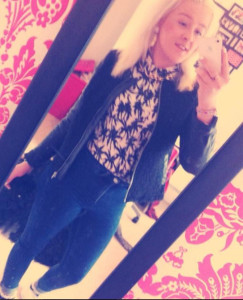 The teenager was described as white, 5ft 4in tall and slim. She has a pale complexion, brown eyes, shoulder-length straight dyed blonde hair and a tattoo on her left wrist that reads “Brooke”.

Sergeant Lindsy Evans said: “We’ve heard nothing to suggest that Lacey is in any danger but there is concern for her welfare we need to find her to make sure she is ok.

“She comes from Brighton and we are making inquiries there, including among friends and relatives.

“Lacey could be in West Sussex or Brighton and Hove but we need to speak to anyone who may have seen her and could know where she is.”