Thousands of Madness fans are gathering in the heart of Hove to see and hear the nutty boys from north London.

The band are playing at the County Ground, in Eaton Road, on their latest tour.

Their gigs traditionally start with One Step Beyond – the title track of their debut album which came out in 1979 – but not today. The first song was Grand Slam.

Fans will be hoping though that they play a selection of old favourites like Our House, House of Fun and Baggy Trousers. 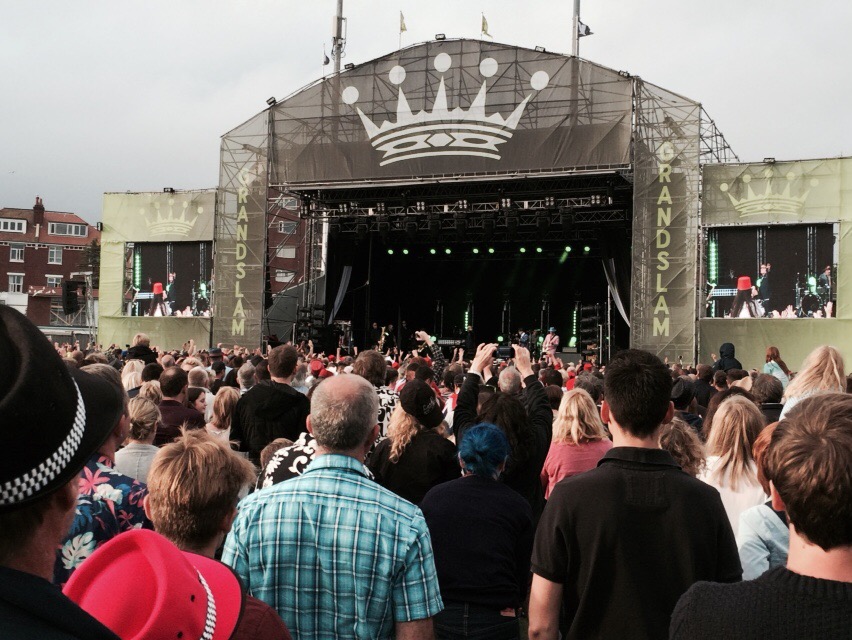 On their live comeback at Finsbury Park in 1992, the event registered as an earthquake with a magnitude of 4.5 on the Richter scale.

Frontman Suggs – aka Graham McPherson – put it down to 75,000 middle aged men jumping up and down at the same time.

Expect the ground to shake today – albeit just the cricket ground – with slightly fewer decibels.

And despite singing a song called The Sun and The Rain, the forecast is for cloud but no rain although it was spitting slightly as the first fans poured through the gates.

Guitarist Chris Foreham, who lives in Brighton, wore a pink suit from Gresham Blake. He joked that he’d asked for a punk suit – then sang the Bon Jovi hit Living on a Prayer.